Curved smartphones are here, but we're not sure why 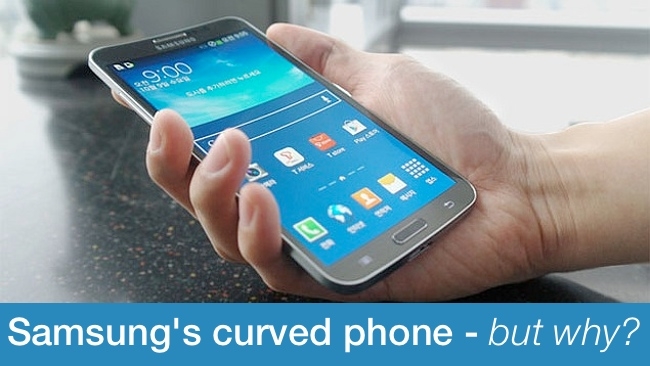 OLED screens have all sorts of advantages, one of which is that they can be wrapped around curved objects

We can see the point in curved TV screens - and especially curved computer monitors. 27" monitors (with a correspondingly high resolution) make a lot of sense because if you've ever used one, you'll have noticed that if you focus on the centre, the corners aren't sharp. It's quite tiring to work all day like this, having to continually refocus, and it doesn't do anything for the realism of any full-screen images you're watching.

So, yes, by all means "curve" our monitors and TV screens. Some of the big manufacturers - including Samsung - are already doing this, and it is, absolutely, a miracle of technology that they're able to do it. They look good, as well, even when they're not switched on.

Benefits of a Curved Phone

But it's hard to see how this philosophy could apply to a phone. Samsung's new Galaxy Round phone (which we think is only going to be available in the Far East) is a cleverly engineered example of a curved phone - as far as we know the first one on sale - but it's not clear which question this is the answer to.

We can think of a couple, perhaps. First, it will fit more easily in your pocket, because it will fit snugly against your leg. And then, you should find that the screen isn't as reflective as either a "flat" phone, or a curved one with a convex screen.

There's nothing wrong with Samsung making this phone. And while it's impressive, we can't yet see this being something that people necessarily want. But we could be wrong on that, big time!