This is a big step Towards Sentient Robots 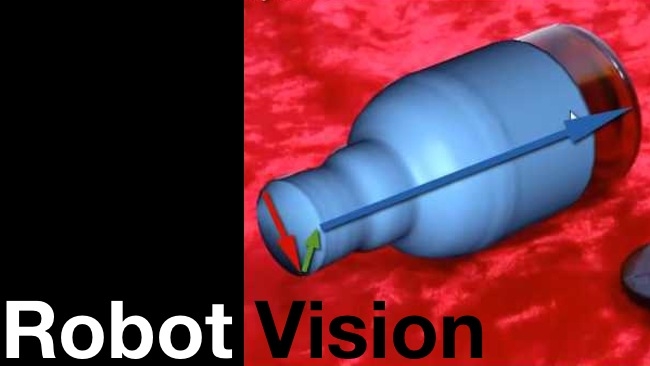 A newly developed technique to create 3D models from a single, 2D photograph is causing a stir on the internet, and has deep significance for how robots can understand the world

The technique you'll see below is in itself a giant achievement. As one YouTube commenter put it: "I use 3d for more than 20 years and never watched such an achievement with apparent ease of use and simplistic solution"

It's conventionally thought that you can't make a 3D object from a flat picture. That's because the information you need to create the full object just isn't visible: at the very least, you'd need to be able to see it from two positions.

But there's more to 3D perception than that. We use much more than stereoscopic information to understand the space around us and the objects in it.

For example, there's perspective, parallax, depth cues like colour, fogging etc. Even people with only one eye can judge distance well enough to drive a car.

On top of all this, there's our knowledge of how the world is. We have a database of things and their properties that we have seen before and that we recognise well enough to "map" them on to new objects. When we see a bottle, even through a single lens or one eye, it's still a real object. We know it's round, and that it tapers towards the top.

Even if it's a type of bottle we haven't seen before we already know that it's not going to have a triangular horizontal protrusion round the back where we can't see it. We extrapolate and interpolate its shape from our knowledge of bottles. If we get it wrong, it's not a failure - it's a trick!

It's this "database" that humans have and robots lack. But they could acquire one. It's just a database, after all.

What this video shows, I think, is that software can be refined to understand the basic shapes and forms of the human database, and it's only a small step before we transfer the whole thing to a robot.

And where does it go then? Well, "understanding" (a term that itself begs many questions in the field of Artificial Intelligence, sentience and consciousness) the physical world around it is absolutely key to a robot's ability to function.

Importance of this new Technique

This new technique is important because it appears to have encapsulated very effectively the semantic aspect of understanding 3D objects. Now that it's so precisely defined, the task of moving this into a robot should be much easier.