Sony gets serious about the Cloud 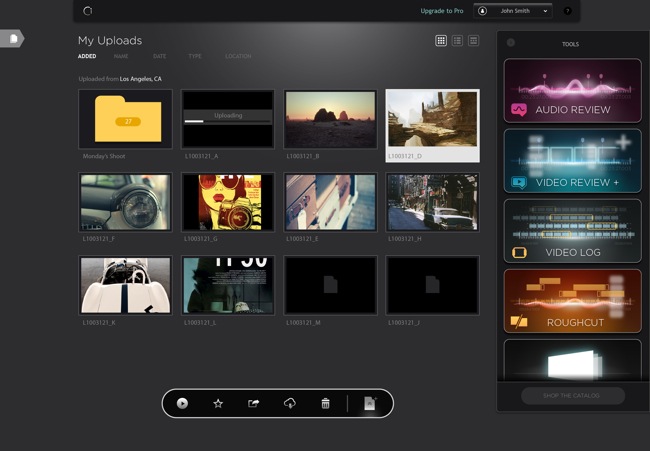 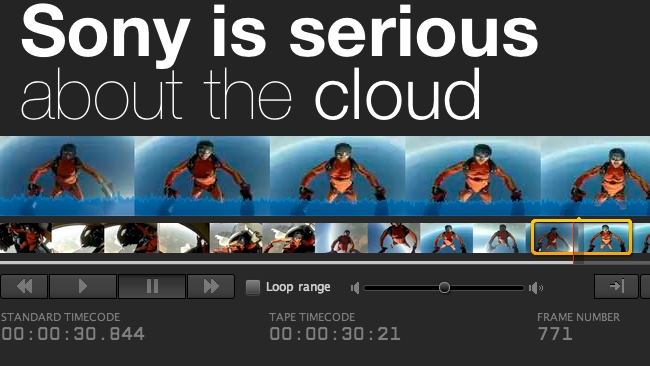 Sony gets serious about the cloud

Almost every company whose products have a network connection claims to have a Cloud solution. So far, very few have embraced the Cloud in a meaningful or useful way. But Sony, we think, is becoming a thought-leader in this space

In reality, the Cloud lives in buildings: data centres that one hopes are energy efficient and secure (most are designed with these in mind). But in virtual reality - and that's how we see it - the Cloud protects us from the complexity of servers and hard disks and appears to us as an almost infinitely scalable resource that connects, shares and informs.

So far, so abstract. What does all of this really mean?

It means that one day, your camera won't need any storage. Your footage, as it is captured, will go into the Cloud, and will be accessible from anywhere, by anyone with permission to see it. This, at least, is the vision.

But what about now?

This is where it's beginning to get exciting. Because it seems that Sony shares this vision, in a big way.

We've known since NAB in April that Sony has set up a division devoted to Cloud services, but, until now, we haven't seen much detail about it.

We know a little more now. Sony's chosen IBC to reveal more detail about the actual services that their Cloud ecosystem, Ci, is going to give us.

Screenshots after the break

First, there are some applications. Part of Ci, these are available as services to subscribers. They are: 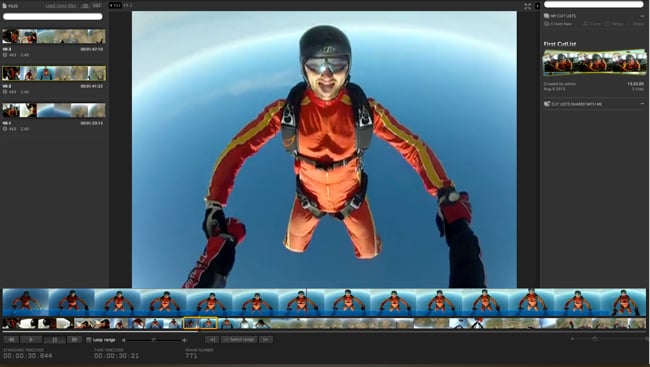 RoughCut is browser-based application that allows the sourcing and stitching together of multiple clips. It forms part of a distributed production workflow in the early stages of the editorial process. It lets users define cut lists, source material, export and share it with authorised users. 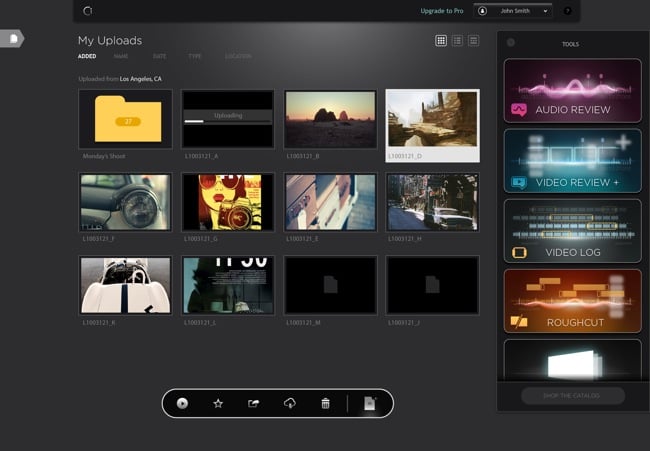 These two applications allow users to review, annotate and collaborate on media files from any location in real-time, frame-accurately.

From the Camera to the Cloud

Ci is part of a long-term strategy to embrace the gradual migration to the cloud, and an important aspect of this is the ability to take content from Sony cameras into the Cloud wirelessly. So Ci embraces Sony's recently announced wireless connectivity for their professional cameras by integrating directly with their new wireless adapter to collect footage from the camera. So video can be sent to Ci via 3G, 4G, LET or WiFi.

Sony tells us that Ci is built with scalability in mind. Not only will the "back-end" infrastructure be able to cope with almost any amount of video workload, it is ready to work with small projects all the way up to the largest productions.

Sony is introducing Ci at IBC in beta form.

Users can register for Ci to try the service for free.  Charges for Ci's professional packages start at €19/USD $25 per month per user with scalable storage and production application bundle options. At IBC, Ci will also be shown previewing new archive capabilities designed for longer term, secure content management.