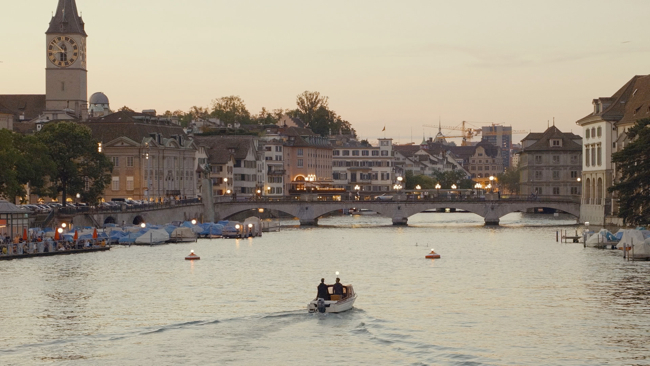 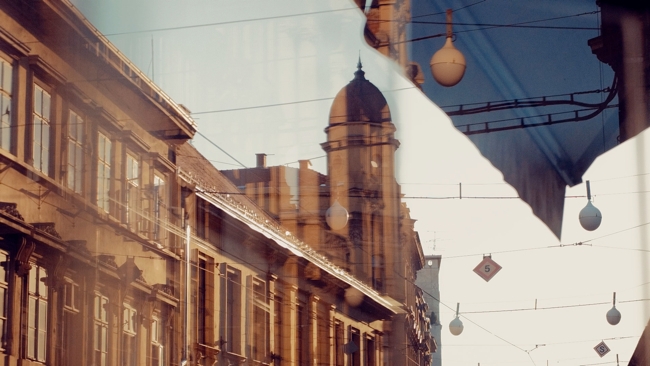 Sone very nice still images from the Blackmagic Pocket Cinema Camera have appeared on the Blackmagic Forum. Our in-house Cinematographer, Phil Rhodes, casts an experienced eye over them

On one hand, it's a dangerous business to start predicting the performance of a camera from a few stills on a forum. On the other, the specifications of Blackmagic's new Pocket Cinema Camera are sufficiently interesting, and the price sufficiently low, that a few eyebrows have already been raised by James Tonkin's images

Assuming no major problems, and we're not aware of any yet, this thing has the potential to completely eviscerate the DSLR market, in as much as it's very considerably cheaper than a high-end DSLR, but very considerably sharper than all of them, even taking into account the raw modes offered by third-party firmware (which still suffer any aliasing or softness built into the picture by the way it's sampled off the sensor). 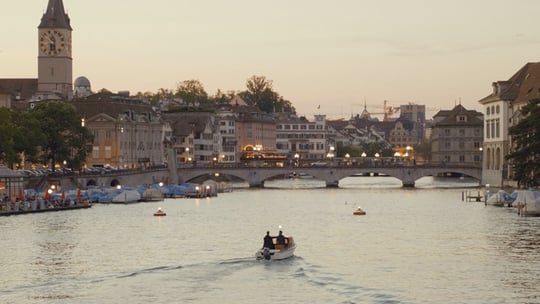 Okay, so more recent DSLRs have gone a long way to solving these issues, but the Pocket Cinema Camera has, from the look of that tricky water which would have caused the original Canon 5D Mk II to fail badly, few or none of these problems. This, I'll confidently predict, will be entirely down to the fact that the Pocket Camera's sensor has a resolution that  more closely matches the output motion-picture frame, as opposed to a DSLR shooting video, which must discard enormous amounts of pixels; and try to do so without adversely affecting the image. So far they do this with varying degrees of success, but for the Pocket Cinema Camera, it simply shouldn't be an issue.

As to dynamic range, Blackmagic claim 13 stops and I'm inclined to take this at face value until I get a chance to put it on a chart, simply because the statistic is easily measured and problems here are difficult to obscure. Dynamic range in electronic cameras is largely a function of the physical size of the photosites on the sensor and the amount of noise you're willing to tolerate, and while the sensor in the new camera is small (more or less the size of a 16mm film frame), the lower resolution requirements of motion picture photography imply good prospects for big pixels. 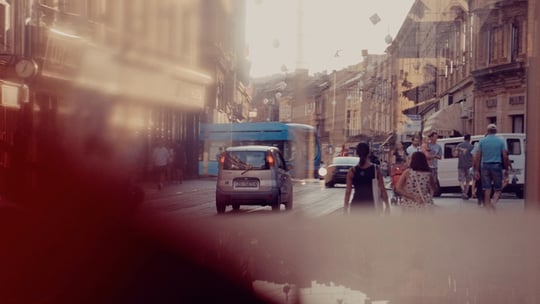 There is a degree of noise visible in some of Tonkin's shots – look at the shadow side of the white-painted building at the left of frame in the river shot, or the mid-tones of the abstract leaf image – and of course the ambient lighting conditions in which these images were photographed, which we know about only from the image itself, have a huge influence.

Even so, I'm encouraged by the way the lighting in the car park on the riverbank at the left of frame is visible, casting onto the wall of the nearby building, suggesting that this is really quite a low-light shot. The globes of various practical lights are indeed clipped to white, which is inevitable in the conditions, but they're clipped without undue ugliness or any strange artefacts which would give us pause.

I'm not quite sure what's going on with the image of the paddle steamer – whether that's a combination of odd light and an unprocessed raw image, or whether it's a deliberate attempt to conjure up a 1970s feel with grading, I don't know. The same colour concerns apply to the shot of a railway or metro as it passes pedestrians, although the comparative lack of rolling shutter artefacts suggests that either there aren't many on this camera, or perhaps that the train was just not going very fast – these are things we really can't tell without shooting some more specific tests. 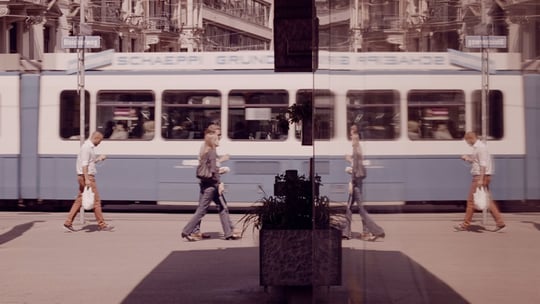