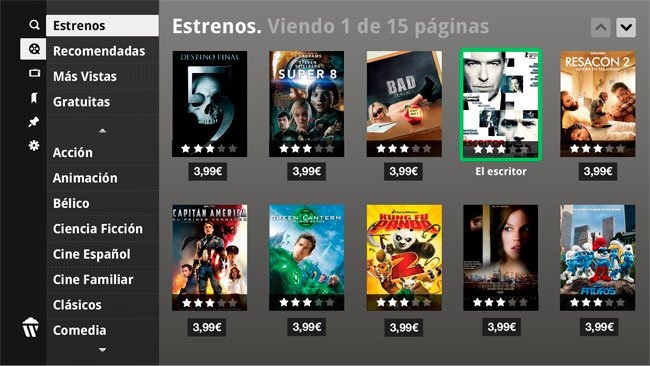 The Japanese megacompany Rakuten are launching a new media streaming service in the UK, similar to Netflix and LoveFilm but at an introductory price of just £2.99 a month, for life

Rakuten is a Japan-based company with global interests which has become, following the purchase of Buy.com in the US and Play.com in the UK, the third largest ecommerce company in the world.

Last year they bought Spanish video streaming company Wuaki and now they are rolling out the service in Europe, starting with the UK.

Unlike rivals Netflix and Amazon, Wuaki offers both a subscription and an a-la-carte service. They are also offering the first 75,000 subscribers to their streaming service, Wuaki Plus, a 50% discount - so £2.99 instead of £5.99 - which will run for the life of their subscription.

A-la-carte movies are offered at prices as low as 99p but most are £2.49 to rent. Unusually they also have some "Early Release" movies such as Danny Boyle's "Trance" which was available to buy on Wuaki before it was released on DVD.

"Streaming services have grown significantly in the UK, and we see a huge gap to offer a hybrid of the traditional subscription and a la carte models," comments Jacinto Roca, Founder and CEO of Wuaki.tv. "Our Wuaki Plus subscription offers a quality service at an attractive monthly rate. However, we know many people also want to rent or buy the very latest new releases, which are usually not available on subscription streaming services immediately, and others simply prefer to have on-demand on an a la carte basis. With Wuaki users can have both, and pick-and-choose what they want, when they want."

"We've already seen huge success with the hybrid model in Spain, with over 600,000 users, and believe we'll see similar success in the UK and other European markets. It is a competitive market, but we believe putting the consumer in control through our one-stop-shop solution for video-on-demand will give us an edge. We'll also be expanding the UK service over the summer, adding apps to support smart TVs, games consoles and tablets – so users can access film and TV content on the device of their choosing."

Wuaki is currently available on PCs and they have apps for iPad and Android. They are expected to support more devices later.