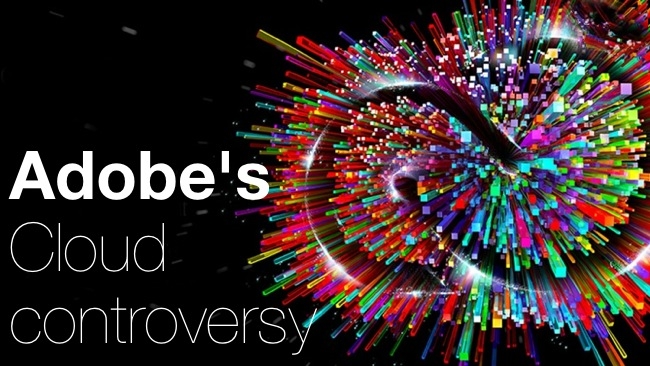 It’s been a little over a week since Adobe announced the end of perpetual licenses for its Creative Suite software family. Adobe CS6 will be the last product line to be available as a boxed set or download. There will be no future development. The future is the Adobe Creative Cloud

We’ve already reported on the product announcement and linked Adobe’s explanation of the move.

But judging from the reaction on the discussion forums, from feedback which I have received and comments from colleagues, many feel that Adobe still has a lot of explaining to do.

"The world erupted in a fiery rage"

The current Adobe flap reminds me of the rancor two years ago at the introduction of Final Cut Pro X and the accompanying suspension of Final Cut Studio development. It is like the world erupted in fiery rage and I certainly counted myself among those who felt both a sense of betrayal as well as an instant dislike to the software.

Two years later, the rancor has essentially subsided. FCP X is already up to version 10.0.8 and many of us who protested the loudest find that FCP X can do many of the tasks that FCP 7 performed and often accomplishes those results faster. Yet there still remain deficiencies and maybe just a little twinge of distrust of Apple.

Now it’s the turn of the Adobe user base to erupt and with some good reason. I am a video professional and have no interest in web development. Why should I pay the same price to use only a part of the package? Simple response here—do you eat everything on the all-you-can-eat buffet? No. You’ve gone to a buffet, not a cafeteria.

When looking at these two simply points alone, I believe that users will become accustomed to this pricing and deployment model and in good time will concentrate their critiques on the products themselves rather than on the business model.

For this to be successful, though, Adobe needs to improve its authorization servers and update mechanisms. Adobe Application Manager has proven temperamental on my two Macs authorized for Creative Cloud. Download hangups, installation failures, and the occasional need to kill the Application Manager process makes updating often hit and miss. And a month or so ago I was utilizing After Effects in a presentation when the app decided to call home and, in the absence of an internet connection, refused to launch. My host company needed to provide me a guest internet password in order to continue.

The lessons I learned from the FCP X kerfuffle are applicable here with Adobe. The corporation has spoken and that’s what it is going to be. Learn to live with change. Provide the vendor constructive feedback to improve broken or missing features. Use those components of the toolset that get the job done and go elsewhere for jobs requiring different tools.

The ultimate test of Creative Cloud will not be one of user response to the business plan. It will be whether Adobe is able to deliver product which facilitates our work.