Three films with the most unexpected dance scenes! 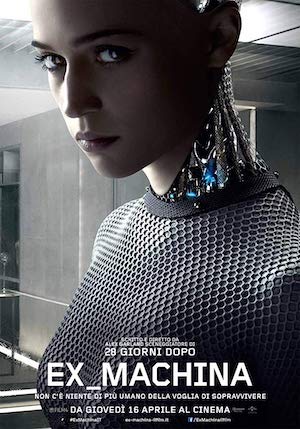 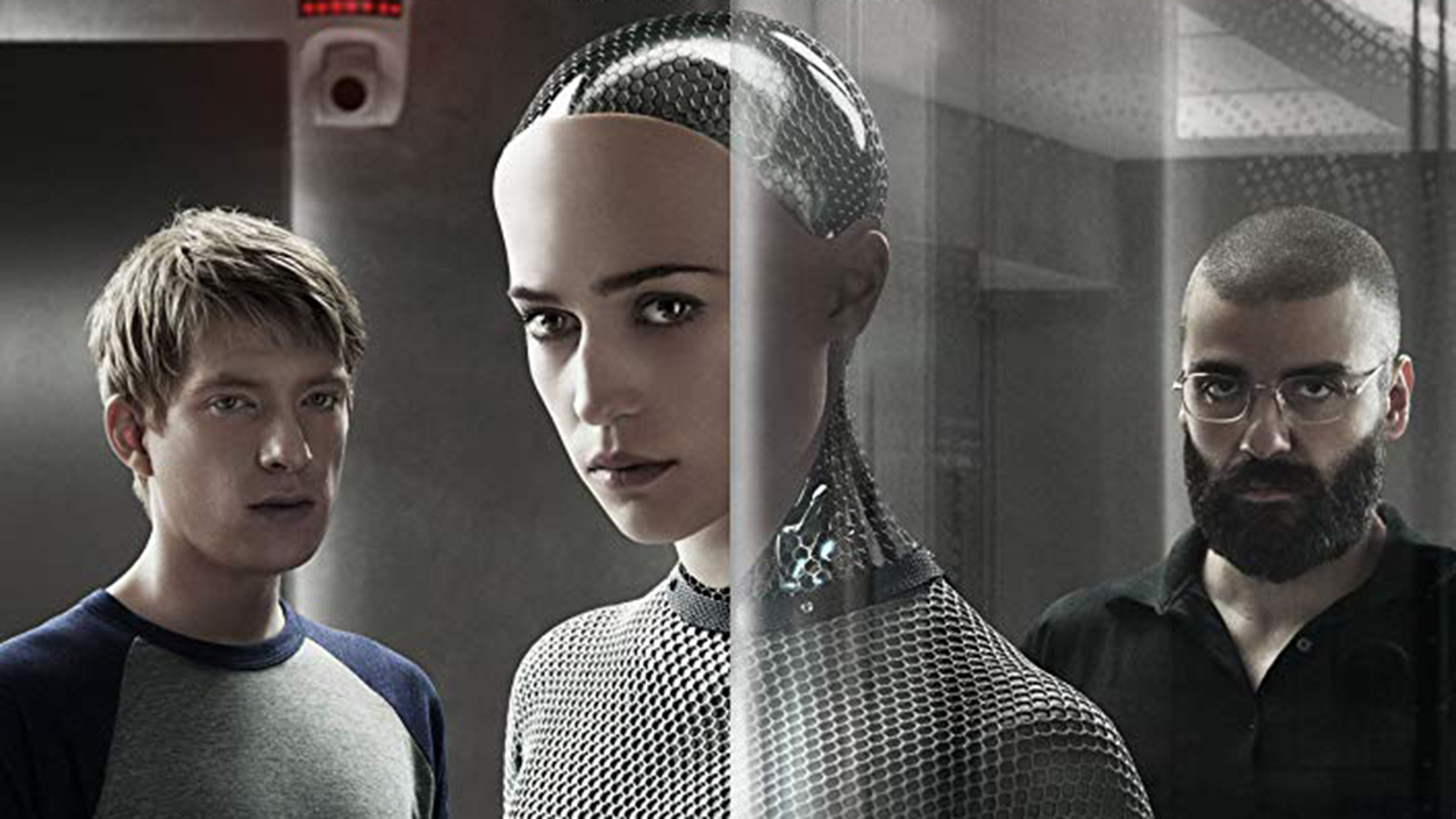 There’s nothing more joyful than an unexpected dance scene in a movie. A moment of pure wonder, a slightly uncomfortable break from reality, and the feeling that we’re watching something we shouldn’t be…

Whether a spot of choreographed physical japery serves to reveal an unexpected character trait or it jumps out from an unexpected point in the narrative, the purpose of dance in a film is nearly always pivotal in some way. Far from being a diverting moment of entertainment, all the scenes we’ve selected amplify or intensify something about the film – whether it’s a character, the tone, or even to mark a narrative shift.

As ever, we’ve only got space for a few but let us know in the comments if you think we’ve left your favourite out… 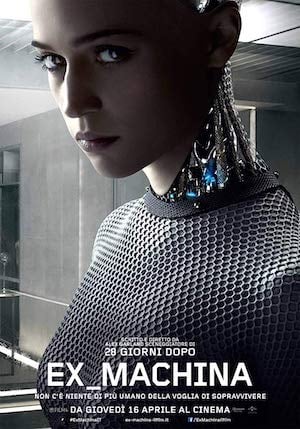 Oh but the choreography and the weirdness, the ominous threat and the gorgeous disco. What a cracker of a scene. Alex Garland’s 2014 creepy sci-fi that sees Domhnall Gleeson and Oscar Isaac team up before Star Wars: The Force Awakens (2015) also happens to be one of the best cerebral science fiction films out there.

In a film filled with all-pervasive threat, those few brief minutes of perfectly odd dancing sees Nathan and robo-assistant Kyoko boogie on disco-style to Get Down to Saturday Night, originally released by Oliver Cheatham in 1983. Choreographed by Arthur Pita, what we see on screen is one hella cool version of your Dad’s best wedding disco efforts.

And, although this dance scene wins when it comes to out of place weirdness when you think about it in parallel with the austere hyper-slick aesthetic and the sci-fi theme, then actually, why the hell not throw a perfectly synchronised dance scene into the mix as well? Discomforting, unsettling, wonderful. 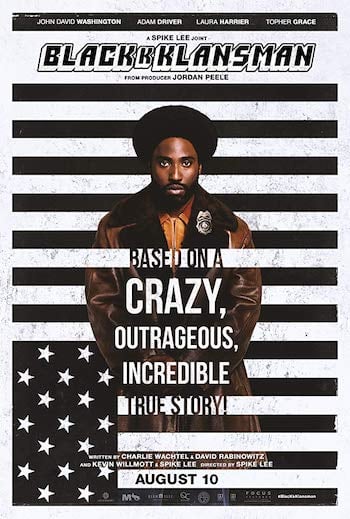 My word, this scene is just so damn cool. Director Spike Lee captures a beautiful moment of communal Soul Train Line joy amidst some insane police corruption and dangerous subterfuge capturing the power of dance and music to push back against the racist horrors of the time. Choreographed by Maija Garcia, Ron Stallworth (played John David Washington) and Patrice Dumas (Lauren Harrier) dance to It’s Too Late to Turn Back Now, originally released by Cornelius Brothers and Sister Rose in 1972.

It’s a moment of narrative importance in the film from which point we know that their love is fated for good and bad in equal measure. Of course, though the song captures that sweet moment when you know you’re falling hard for someone, given Stallworth’s insanely dangerous undercover role as a member of the Ku Klux Klan, there is an air of menace that pervades: it may well indeed be too late for this star-crossed pair to turn back from what lies ahead…

And then there’s the film language. Lee’s trademark cinematography captures a moment of intimacy through the dominant mid shot of this beautiful pair without a hint of irony: I believe I’m falling in love even though there are a thousand reasons not to. The perpetual movement, the dollying, singing, clapping, snapping joy. Just gorgeous, innocence, delight and beauty all in one kick-ass scene. 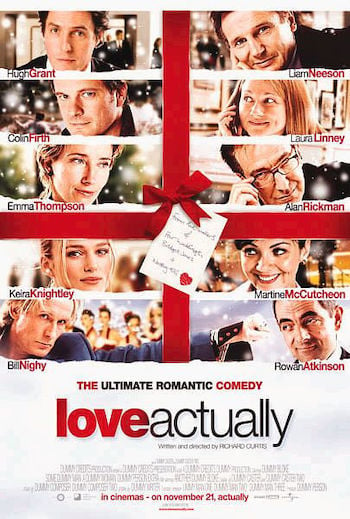 Okay, okay, don’t shoot… I know… You have to admit, though, Grant’s little bottom wiggle that just gets a hold of him until he’s prancing in his best dad-dancing style through no less than 10 Downing street? Come on, what’s not to love?! This great scene, in Richard Curtis’s perennial 2003 film captures a pivotal moment wherein the PM decides to celebrate ‘taking down’ the President of the United States (much to the apparent delight of the rest of the country) by dancing through the PM’s London offices to Jump (For my Love) released by the Pointer Sisters in 1984.

Although Grant confesses to initial complete resistance to the scene, by George he pulled it off and with not a hint of any kind of medicinal beverage to even limber him up, that’s apparently all Hugh Grant’s own best moves folks. Does it make sense? Not really. Does it serve a purpose? Well… I suppose it adds to the chutzpah he’s just exhibited. But is it just great fun? You betcha.

Now then, this is a curious short film directed and penned by Shawn Christensen, winner of an Academy Award for Best Short Film in 2013. Included here for the sheer incongruity of a dance scene in this grim tale of suicidal main character Richie and his unexpected reconnection with his estranged sister (who also doesn’t seem to be the in the happiest of situations).

This particular scene just goes to show the power of dance to unsettle the spectator and drive a narrative in unexpected directions. Richie, with freshly stemmed slashed wrist, takes his estranged niece bowling (one of few mandated appropriate activities he is allowed to take her to), where he imagines a convoluted dance scene choreographed amongst the lanes and ball return gizmos. Totally incongruous, totally unexpected and totally awesome to boot.

Before we go, it would be rude not to give an honourable mention to Napoleon Dynamite, directed by Jared Hess back in 2004. And dare we say it? Is this bizarro little scene actually pretty gosh-darn groovy?

In summary, the unexpected dance scene may be a rare and timorous beast and we only have space for three here. There are more out there… let us know in the comments about your faves.