Japan’s NHK to start broadcasting 8K by satellite this year 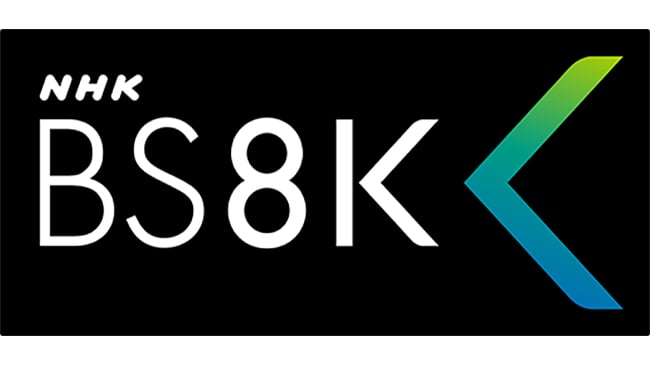 Japanese broadcaster NHK has confirmed its long-held plans to start 8K broadcasts by the end of this year by announcing a brand-new channel, BS8K, that will launch on December 1st.

Long considered to be one of the most pioneering of the world's broadcasters, NHK has been at the forefront of 8K development since the turn of the century. Indeed, this year marks the tenth anniversary of the first ever international 8K transmission that was put together at IBC2008 with the aid of other broadcasters with active R&D departments, including the UK’’s BBC and Italy’s RAI among others.

That involved a complex transmission path including IP networks from London to Amsterdam; satellite from Turin to Amsterdam. But even though NHK was already publicly talking about a commercial 8K service — or ‘Super Hi-Vision’ as it referred to it back then — being in place in Japan well in time for the Tokyo Olympics in 2020, a lot of people were sceptical. In 2008 HD was only just being rolled out, 4K was a distant speck on the horizon, and in that context a 7680 x 4320 image with 22.2 audio seemed an almost impossibly distant dream.

If so, it's one that NHK has stuck with tenaciously. And while tests have become steadily more production oriented — eight matches were captured in the format at the recent World Cup with seven cameras per match and a massive 80 microphones — their distribution has been limited to invited audiences and rare public screens. Now, however, from December 1st, a date that NHK hinted at well over a year ago, that will no longer be the case.

Okay, so the audience is still going to be limited to people in Japan that can both afford the 8K sets that are starting to drip onto the market and the new equipment that people will have to install to watch it. But it is going to be a domestic audience in their own homes, and that is a significant landmark for the format.

BS4K and BS8K (the BS is NHK’s branding that stands prosaically enough for ‘broadcast satellite’) are in fact, being launched together. BS4K can be received using existing equipment, while the 8K signal requires special equipment. “In addition to the antenna, it may be necessary to exchange boosters, distributors, cables, etc,” says the NHK website. At base level it looks like that will involve a swapping out of the LNB rather than the installation of a whole new dish, but the amount of cabling needed to carry the signal may complicate installations.

Just over a dozen hours of 8K content will initially be broadcast every day, from 10.00 to 22.10, with the broadcaster stating that there will be plenty more content available once the Tokyo Olympics and Paralympics are held.

If that feels like a long time to wait, at least by then there will likely be a greater variety of sets to choose from to watch the service. Perhaps even by the time BS8K debuts in December too, as Europe’s giant consumer electronics show, IFA 2018, starts at the end of August and there are plenty of rumours of 8K sets launching there from the likes of Samsung and more.

So, there you are: it’s 2018 and, as NHK always said, by the end of the year there will be a commercially available 8K television service in existence. BS8k will have the honour of being the first. The chances are it will not be the last.