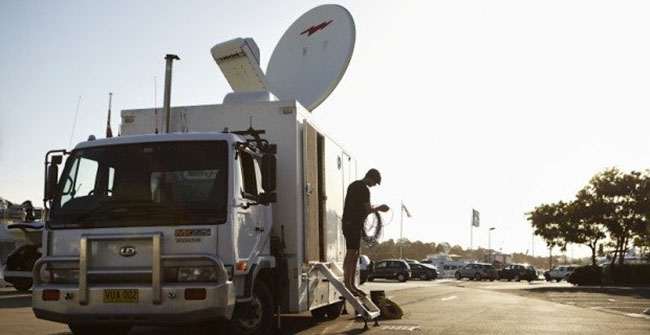 At the recent EBU production technology seminar in Geneva, Ericsson demonstrated live UHDTV transmission and say that 2013 is going to be a landmark year for 4K

With consumer desire for better quality TV pictures continuing to increase, and manufacturers starting to unveil Ultra High Definition TV (UHDTV) screens to the market, Ericsson has demonstrated how live UHDTV could be successfully enabled via a next-generation delivery system. The demonstration took place during the European Broadcasting Union (EBU) Production Technology Seminar in Geneva, Switzerland. It showed how high quality fast moving images can be captured perfectly for sports and live action broadcasting, which are seen as a key driver for the uptake of UHDTV.

The demonstration focused on interoperability, using the Ericsson technology to receive an off-air feed of a 4:2:0 file-based system and receive and decode as 4K UHDTV. Central to both parts of the 4K UHDTV demo was the 'Simulsync' synchronization technique, the proven technology that Ericsson uses for accurately synchronizing the left and right channels of 3D contribution feeds. In this case, the UHDTV 4Kp25 content feed is split into four 1080p25 quadrants, synchronously encoded into MPEG-4 AVC, and transmitted. Four receivers, in phase lock, decode the received bitstream to reproduce the 4Kp25 content feed.

"Ericsson's ConsumerLab report in 2012 showed that there remains an appetite among consumers for high quality, further supported by the number of Ultra High Definition TV sets on show at CES this year. With this ground-breaking solution, Ericsson is once again showing firm commitment to meeting industry demand," said Dr. Giles Wilson, Head of TV Compression Business, Ericsson.

4:2:2 encoding remains of paramount importance for contribution links, particularly for 4K UHDTV content where displays of up to, and in some cases over, 84" will be used by content owners demanding the best picture quality in which to deliver content. With such immense screens being used, 10 bit precision will also be a critical component in maximizing video quality.

As the prospect of 4K UHDTV grows over the next few years, operators and service providers will need to begin to recognize the importance of delivering the next-generation television experience that consumers demand. According to a January 2013 report from Deloitte, a number of 4K TV landmarks will emerge this year, including:

In other words, this is an important year in the development of 4K technology. This end-to-end solution gives broadcasters the opportunity to gain experience with 4K work flows and build a library of contribution quality 4K content ready for the launch of 4K direct to the home services, which are predicted for 2015.