D-VHS: This is how your HD film collection might have been 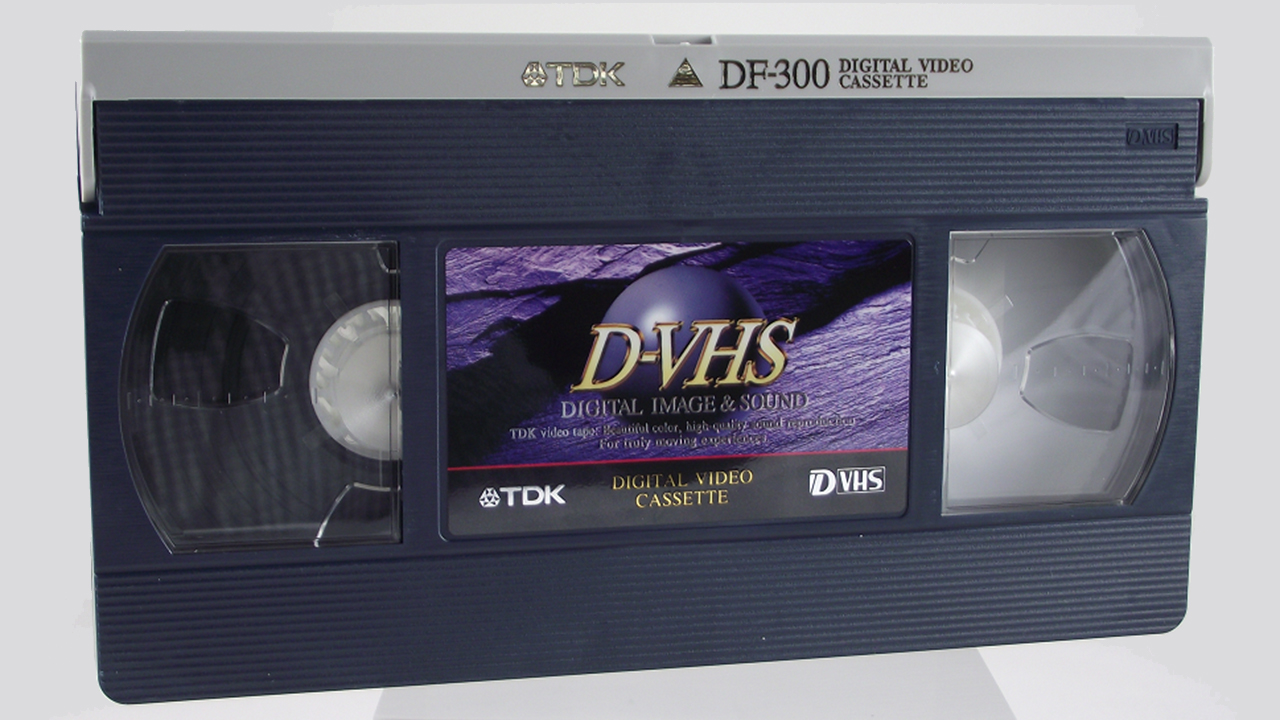 Replay: It is the HD format that never really was. Yet despite its failure, the picture quality holds up even now. To what are we referring? D-VHS, the tape based HD rival to DVD. Why did it never catch on?

The 2004 sci-fi feature I Robot is notable for being more than just the last decent Will Smith movie. Oh yes. It was also the end of the road for D-Theater, a Hollywood branded packaged media format which had the distinction of being the only format to provide high definition programming before the arrival of Blu-Ray and HD-DVD.

It was also one of the shortest-lived physical media formats, ill-served by a combination of confused marketing, competing and incompatible equipment, limited programming and a market starved of HD TVs.

Along with I Robot studio 20th Century Fox, three other studios – Dreamworks SKG, Artisan Entertainment (now part of Lionsgate) and Universal – had backed the format which was otherwise known as D-VHS.

Releases include The Fast and The Furious, The Fight Club, The Ninth Gate, Love Actually, Mulholland Drive and X-Men.

At the time of its introduction, in 1998, DVD was making inroads into the home. Released in 1995, and developed by Philips and Sony, DVD was not, however, an HD format. What’s more, a recordable version of DVD didn’t support HD either.

A gap in the market

Spotting a gap in the market for a stop-gap until disc media advanced, JVC ganged together with Hitachi, Matsushita (Panasonic) and Philips to devise a new pre-recorded and recording mechanism for the living room.

D-VHS players were cunningly compatible with existing S-VHS cassettes but had the advantage of playing back D-VHS tapes – and recording programming – in SD and in HD.

D-VHS VCRs recorded in MPEG2 at 1080i or 720p and in a choice of speed: High Speed, Standard (STD) and LS or Low Speed (split into three and five-speed) so a tape could have a variety of different capacities. The quality of STD was considered better than DVD since this speed had a much higher bitrate (14 Mbit/s versus 5 Mbit/s approximately) and suffered fewer dropouts.

D-VHS was originally a standard definition format that recorded at the STD speed. When High Definition recording and HS speed was later introduced, it required twice the amount of tape. For this reason, a DF-240 will record 240 minutes of standard definition, HD recordings reduced the capacity of the tape by half.

As a result of all these different speeds, the tape labels were reportedly confusing for the consumer.

More critically, recordings from Mitsubishi and JVC D-VHS decks (NTSC and PAL) were incompatible. Tapes recorded on the JVC in D-VHS could not be played on the Mitsubishi or vice-versa. JVC's HM-DH40000U and SR-VD400U were also the only units to support the lower speed LS5 recording.

Also hurting demand was poor marketing, resulting in low consumer knowledge of D-VHS's advantages and capabilities. D-VHS had input limitations too. The FireWire input was the only way to record HD content to tape from an owner's TV, but very few TVs had FireWire connections and cable boxes with FireWire had to be specially requested from cable companies. Satellite FireWire-equipped boxes were rare or non-existent.

Nail in the coffin

The introduction in 2006 of Blu-ray and HD-DVD put the final nail in the D-VHS coffin.

Well, not quite. Fact remains that while the commercial life of D-VHS was cut short, it can also be argued it was a product released ahead of its time.

You can still buy blank D-VHS tapes, obtain about 80 movies in the format from e-Bay and play them back on second hand JVC VCRs.

Accepting that you don’t mind chunky cassettes, the reason you might want to is that, unlike 20 years ago, everyone has at least an HD TV now and by all accounts, the quality of a D-VHS recording is superior to anything on standard DVD.

Not tried it, but with the standard tapes at 25GB rising to 50GB for versions with more capacity, it should also be able to store 4K video (played back HD).

In online forums where D-VHS is brought up, the overriding sentiment is one of: ‘Why have so few people heard of this?’ and ‘Wow, the picture quality is pretty good’.

Life in the old dog yet.