Netflix: Watch House of Cards in 4K within 2 years 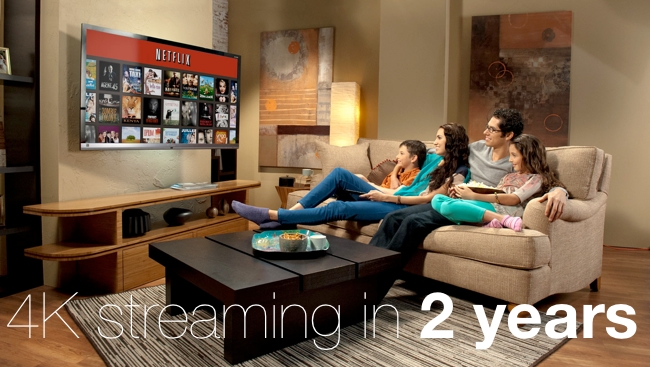 Based on the venerable BBC miniseries, House of Cards has broken new ground for Netflix in a number of ways. First, of course, it is a high profile American episodic TV series 'showing' first on IPTV, something that would have been considered revolutionary all but a couple of years ago. For it to be referred to as a smash hit series only goes to show how far we've come.

Of course, the term smash hit is relative. It might be the most watched content on the Netflix streaming service, but that still represents a very small percentage of overall viewership. But then Netflix seems to be keen on such relatively minority developments, as for its next project it is also making rumbles about streaming it in 4K in the relatively near future

House of Cards was of course shot in 4K by director David Fincher (or at least 'a good chunk of it' according to the company's CTO, Neil Hunt). So far it's been mastered in HD, but the raw data is sitting there on aserver somewhere and would just need to be re-encoded for 4K transmission.

Indeed Hunt, believes that companies such as his will be the first to build a 4K outlet into the living room, ahead of the broadcasters, and expects to have the first encodes of House of Cards by the end of the year. His current timeframe sees 4K delivery in 'a year or two'.

A good move for Netflix? To paraphrase Francis Urquhart from the BBC original: "You might think that, we couldn't possibly comment".