Here's how you can watch 4K on an iPhone 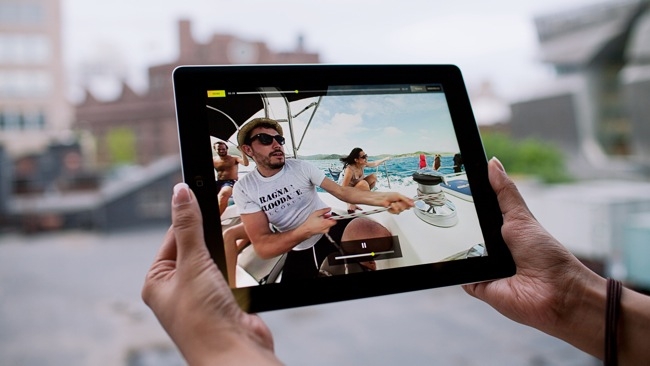 With all the talk about 4K at the moment one of the issues is of course how are we going to watch all this glorious footage without having to spend a fortune on a 4K capable display? Neil Roberts tells us how

Condition One have announced an interesting application for the iPhone and iPad which will allow you to watch 4K content on your device by using the screen as a window onto the footage.

By harnessing the accelerometers and rotation sensors in the iPhone and iPad you can move the device to change the view of the content in a very interactive way, or you can drag the viewpoint with your finger.

You can download an application which showcases the capabilities of the player here (be warned it is 787mb so make sure you have room on your device and a good wifi connection) I found it remarkable how smooth and responsive the player was to the movement of my iPhone. I'd love to see it on the retina display iPad.

Almost any camera could be used to shoot footage which could then be viewed in the player, including the Red and the GoPro, and intriguingly they have plans to be able to stream live from concerts and events, so you would be able to look around just like being there.

It looks like the future is 4K, even if you don't have a 4K screen.