Quality control: It's only going on the web... 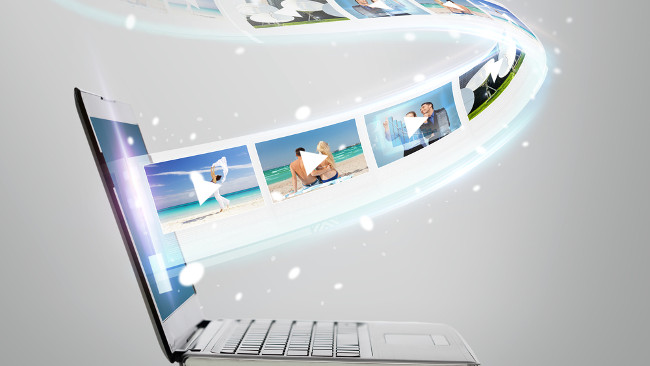 Opinion: The days of relegating web video to the lower rung of content for exhibition should be booted squarely into the past.

It's a phrase that crops up from time-to-time, particularly when a camera is perhaps not the best performer in the world. It's the good old caveat: "If you are only going to be showing your video on the web, it should be okay."

It is a phrase or a variation thereof that began when websites such as YouTube and Vimeo were in their infancy and, unfortunately, it has stubbornly refused to go away.

A decade of improvement

In those early days, web video really wasn't very good at all. It suffered immensely from macro blocking from the high compression in order to allow people to stream or download it at the now rather archaic internet speeds that were present at the time. It was often less than standard definition resolution, too. In short, it was abysmal. Production quality, too, for web dedicated video tended to be a bit rubbish, as well.

Fast forward over what is actually a substantial amount of time, ten-or-so years, and we now routinely have internet speeds of over 20Mb/s or more (unless you live where I do and suffer from a paltry 1.5Mb on a good day). 4K video is now also ubiquitous on both YouTube and Vimeo. Production values now often equal, and sometimes better, that of traditional broadcast. So, can "it's only going on the web" be applied any more?

Web video is now much more than social sharing sites such as YouTube or Facebook. Strangely, the 'only going on the internet' moniker has stuck, despite the fact that web video now includes high quality downloads from BBC iPlayer, iTunes, Amazon Prime and Netflix, as well as bespoke channels such as Red Bull Media. Most of the above portals present video that equals, or in some cases, even surpass the quality of over-the-air HD broadcast subjectively, particularly when it comes to 4K. Sky has only just started its 4K service and the BBC may be following suit in the next couple of years, but with nothing confirmed.

In fact, the BBC announced this month that it would be taking a strategy of 'internet first' as its main plan for 4K and HDR content. It simply isn't possible for the broadcaster to obtain the bandwidth until the mandated SD/HD simulcasts it has to maintain come to an end. The primary method for enabling 4K content on free-to-air PVRs is also to enable them to play such content by streaming from the internet.

In other words, if you want high quality, 4K, HDR content right now, web services are where you are going to get it. The internet is now our number one place to watch video content. The idea of the web being the place to watch low quality, highly compressed, cheap tat needs to be scrubbed from our collective consciousness. Today, it is quite the opposite.

Now, I am not for a moment suggesting that any type of H264 or H265 video is going to allow for critical camera quality evaluation. To even begin to suggest that would be to totally and utterly miss the point. What we are talking about here is the final destination – on your television or monitor, with the purpose of entertaining or informing you.

It is finally time to ditch the idea that internet video is the poor, low budget relation to terrestrial and satellite broadcast. Of course, this still means that the likes of Poldark or Downton Abbey will have to compete for attention from a juggling cat or something, but that's another debate.