Can Sky Q save the traditional broadcast industry? 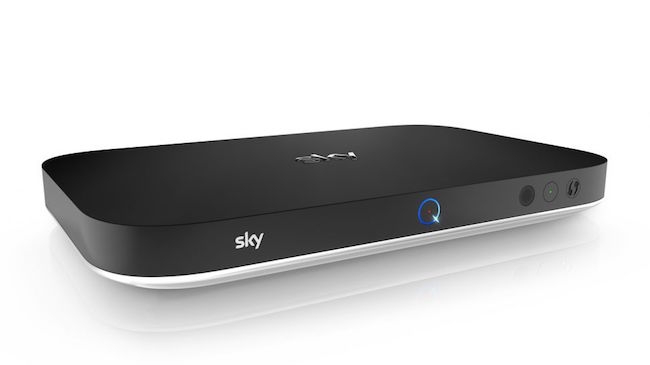 It’s powerful, it’s technically advanced, and it could possibly even be introducing 4K by satellite by the end of the year. Say hello to Sky Q: the future of TV…at a price.

Netflix, Hulu, Amazon Prime, YouTube…the threats to the established broadcast industry are many and growing all the time. The UK’s Sky though thinks it might have the answer: an all-singing, all-dancing insanely powerful, 4K-ready set-stop box called Sky Q

Sometimes it feels as if Sky Q has been in development for almost as long as the broadcast industry has been fretting about cord-cutting, but it was finally launched last week with its pricing announced a couple of days later. And, after months of intense speculation it didn’t disappoint: this is a ridiculously capable set-top box that comes in at only a comparatively marginal overhead above and beyond Sky’s existing services.

Cord-cutting is less of a problem in the UK, where Sky has built itself an impressive empire on the back of corralling sports rights and the free-to-air TV from the likes of the BBC might have very little sport left but is still world class, than it is in the US. This is Sky’s preemptive move to make sure it stays that way too.

The industry has been banging on about TV Everywhere for years now, but Sky Q really delivers it thanks to having 12 TV tuners in the top range Sky Q Silver box…Watch a movie in your living room, pause it and head into the kitchen to make sure the dinner’s not burning, and pick it up in there on your iPad seamlessly. In fact you can watch up to two tablets and three TVs at once all while recording four channels, which takes PVR multitasking up to almost undreamt of levels. And it can ‘throw’ those pictures round your house to Sk yQ mini boxes (which can even double as WiFi extenders if you’re tapped into the company’s broadband offering as well) either wirelessly or via Powerline connections.

A new remote has a touch interface and the frank Godsend that is Bluetooth connectivity, while a built-in mic will be offering voice search at some point in there future.

Also coming in the future — and as soon as late 2016 once Sky has got all its content ducks lined up in a nice row — is Ultra HD and what is really interesting is that it is looking increasingly like this could possibly be delivered by satellite. Pocket Lint does a nice job of breaking down the function of those 12 tuners in the STB, stating that four are for recording, one for constant watching, one to preview other channels while watching TV in picture-in-picture mode on the mini EPG, two for two Sky Q Mini boxes, two for tablet viewing, and finally two spare for further expansion down the line.

Those last two are the key here. Sky has apparently already managed to pull off the technical wizardry of getting 12 discreet signals through the two coax cables from existing installations that will be attached to the new LNB on the satellite dish. If it can do that, then using two of them to carry a 4K signal, or even co-opting some of the others, seems a) very possible and b) suddenly means that a whole lot more of the country outside the urban heartlands will be able to access 4K services.

All this costs, of course. Sky Q Silver starts at £54 a month with a £99 set up cost (£50 for existing customers) and heads north from there, with its all singing, all dancing package coming in at around £90 a month (around $130). No, it’s no cheap, but the company already has an impressive installed user base in the UK that is paying a similar amount, and the smooth functionality it offers is impressive enough already — especially compared to the nightmare kludges of Apple TVs, Chromecast dongles, streaming laptops, Aircast and other clunky technologies — before you start factoring in the 4K future.

The UK is something of an atypical TV market, but broadcasters around the world are going to be watching how this all unfolds very closely.