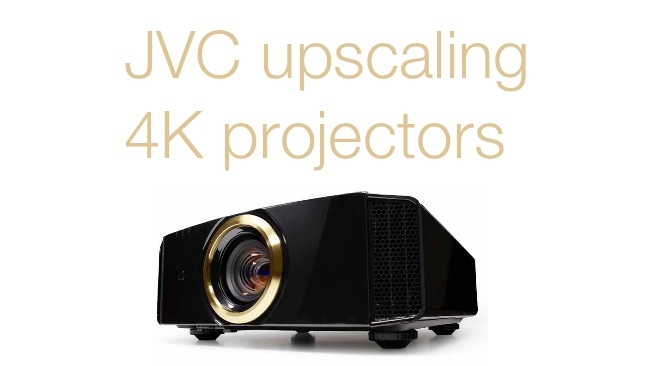 JVC Professional is launching four new D-ILA projectors this month, three of which feature an upgraded version of its e-shift technology, now dubbed e-shift2, which will help fill the 4k content gap by up-converting and scaling HD content to a 4k signal. And there’s some other nifty tech features on them too. Andy Stout takes a look

One of the main difficulties in introducing any new format to the market is the chicken and egg situation of compatible players and compatible content. Hence backwards compatibility, up-conversion, re-sampling, triple-play discs and all the other paraphernalia that tries to convince both sides – the consumer and the manufacturer – that they are making sound investments.

Hence JVC’s new e-shift2 projectors, which will take n HD signal and throw it at a screen at a 3840 x 2160 resolution. According to Gustav Emrich, European Product Manager  Creation & Presentation for JVC, the e-shift technology has been overhauled rather extensively. “Roughly speaking it’s a combination of optical scaling to physically create four times more pixels on the screen plus electronic scaling and image analyses to fulfil these new pixels,” he says.

For the second gen e-shift2, the optical component (which is the mainstay of the process) has been improved to provide a higher native contrast ratio, and higher precision flattening of the dedicated e-shift2 lens improves circumference resolution. Improving polarization has ramped up 3D brightness by 120%, while on the supporting electronics front, pixel detection upscaling tech has been boosted to 21 x 21 from 2011’s 6 x 6 and a new 8 band analysis filter makes for more precise smoothing and enhancement.

It’s an interesting approach: one that recognises that sometimes you can’t just rely on Moore’s Law to do your job for you and occasionally you need to do some practical engineering – in this case an actual piece of glass.

Elsewhere, JVC has also introduced new active shutter glasses for 3D viewing use RF rather than IR technology, additional lens memory settings that store custom focus, zoom and horizontal/vertical lens shift position, a pincushion mode to correct the image when projected onto a curved screen, and a new Eco mode in standby that reduces power consumption.

Costs range from £3000 for the entry level DLA-X35 up to £9999 for the top range DLA-X95R which, given some of the glowing reviews the units have been receiving, should do well at the high end of the home cinema market. When does Emrich reckon they will be accepting native 4k input?

“Well no plan yet for this generation, because there are is no regular content in the market yet,” he says.