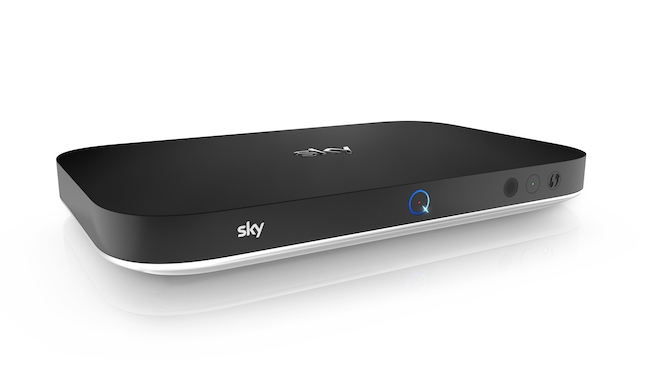 UK broadcaster Sky’s new set-top box, Sky Q, shows that Apple TV isn’t going to have it all its own way in the battle for the HDMI 1 slot.

The widespread narrative in the TV industry at the moment is that the OTT video services have won the day, broadcast as we know it is on its way out, and the app-centric future is going to be governed by whoever manages to get their own black box plugged into the HDMI 1 socket on the back of the world’s television sets.

Unfortunately, no one told Sky that, and it has hit back with a new unit to ship next year which pretty much redefines what we expect from a set-top box. Sky has always been innovative — for better or worse it was one of the major broadcast forces behind stereo 3D and is now investing heavily in VR research — but this is the first time in a long while it has applied all that innovation muscle and R&D grunt into the consumer end of the business.

Basically it takes the internet and television and welds them together in a domestic ecology of products. It starts from the box sitting under the television (which features up to 12 tuners and 2TB of storage) but adds plug-and-play satellite units that provide wireless access round the house, generates wireless hotspots, supports Powerline technology, and lets you carry your media around with you on a tablet.

All of which means that it will let customers take advantage of some of the features that TV Everywhere proponents have been talking about for a while now: watch shows from the box anywhere around the home; pause viewing on one TV screen and pick up on another; and (and this is the killer for anyone with kids) watch different programmes on up to five screens simultaneously while also recording four other channels.

4K is not going to feature at launch, currently slated to be at the start of next year, but Sky says the box is Ultra HD ready and a UHD service featuring sports, movies and entertainment will launch before the end of 2016 (which makes it a good job that even the bog-standard box ships with a 1TB drive).

But while Sky Q undoubtedly trumps Apple TV with 4K, it distinctly lacks the openness of the new Apple tvOS ecosystem and won’t be carrying Netflix or Amazon Prime. It will also cost. Sky’s top end packages currently set viewers back £87 per month, and the expectation is that this will be a premium service when it launches whose price will start where that leaves off.

All the same though, Sky has a UK installed base of 12m people, and making 4K broadcasting available to all of them within the next year is a huge deal for the format, not to mention the internet infrastructure that will probably have to carry it.