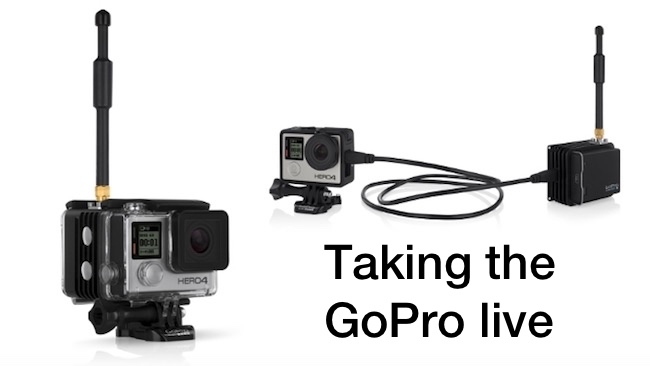 $7500 gets your GoPro broadcasting live

One of the factors reining the GoPro HERO in from complete industry ubiquity has been the lack of a live transmission option for broadcasters beyond some home-brew workarounds. That has all just changed with the launch of the GoPro HEROCast, but it ain’t going to be cheap.

GoPro first announced that it was working with Vislink to develop a professional grade live broadcast transmitter for its units back at CES, so progress has been fairly rapid. HEROCast integrates both with GoPro cameras and their ecosystem of mounts, using H.264 to transmit high definition 1080/60fps and 720/60fps video with what GoPro says is low glass-to-glass latency.

It's available in two forms. HEROCast is an independent unit that can be connected to a GoPro camera via a lockable HDMI cable, which is optimal for body mounting and POV shots. HEROCast BacPac, meanwhile, directly connects to the housing of a GoPro camera, delivering an integrated, water-resistant solution for attaching to walls, cars etc.

Both configurations are compatible with HERO4 and HERO3+ Black cameras, and boast an estimated 40 minutes of battery life (thought the transmitter may also be powered externally for extended use).They’ve also been thoroughly field tested by both ESPN at the X Games Aspen 2015 and the NHL during the 2015 Honda NHL All-Star Weekend.

Price? Both cost $7500, roughly 15x the cost of the camera they’re broadcasting from. But while that looks insanely expensive for a hobbyist camera, for live, ruggedised broadcast kit it’s actually fairly reasonable. Expect to see a lot more sports POV shots this summer as a result.