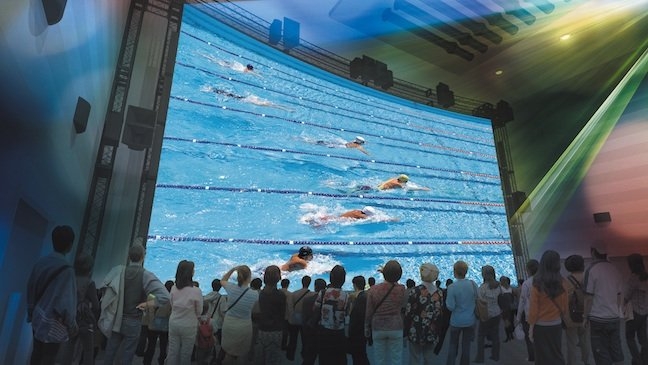 The problem will be where to put the screen...

According to reports from Japan, the government has decided to bring forward the date for trial 4K and 8K broadcasts from 2020 to 2016 to coincide with the Rio Olympics. A full 4K satellite broadcast service is now slated to start in 2018, just in time for the next FIFA World Cup.

The news was broken by Japan’s Internal Affairs and Communications Ministry, which had originally planned for test transmissions to start in 2020. However, with Ultra HD 4K deployment ramping up around the world, it has brought forward the date in an attempt to secure Japanese leadership in the technology, not to mention pumping ¥1.7 billion (a shade over $16m) of investment into making it all happen from next year onwards; an investment which includes the intriguing promise of “the development of a new image transmission technology.”

All this effort is, of course, also intimately tied in to Tokyo’s hosting of the Olympics and Paralympics in 2020.

Exactly how the tests will work is still up in the air, but it looks like the 4K and 8K trials will alternate on up to three satellite channels. This confirms the long-held assumption in Japan that 8K is not the natural successor to 4K, but largely complementary to it and that the two services can run in parallel.

Meanwhile full 4K broadcasts over cable, originally scheduled for 2016, are now planned to start as early as next year.