Eutelsat launches 4K demo channel - and gets it right 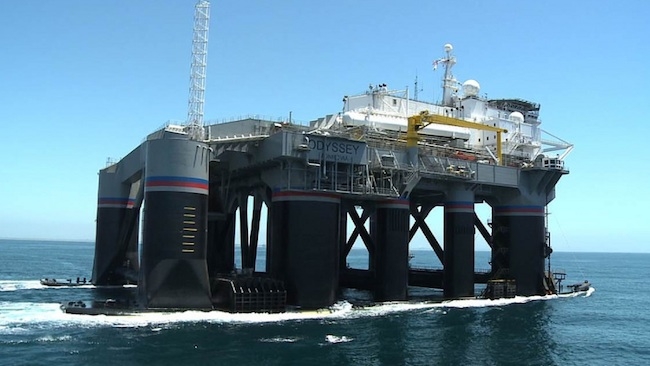 Eutelsat's latest on the way to the launch site

Eutelsat, fresh from the successful launch of its latest satellite 3B (pictured above, heading out to the Sealaunch site) has also launched Europe’s first 4K demo channel encoded in HEVC. What’s more it also broadcasts in 50fps and 10-bit colour using the Main 10 profile of the codec.

According to the satellite company, these three parameters — codec, framerate and colour depth — are key to creating a favourable economic environment for Ultra HD and delivering consumers the best viewing experience on the latest home displays (anything kitted with DVB-S2 demodulators and HEVC decoders).

It might not be the 60fps that some, particularly on the sports broadcasting side, are agitating for, but it is certainly a move in the right direction.

The content is encoded by ATEME and includes extracts of a performance in the Royal Chapel at Versailles of Monteverdi’s Vespers conducted by Sir John Eliot Gardiner. The filming was co-produced by Wahoo Production and Château de Versailles Spectacles with the participation of France Télévisions using an eight camera set-up.

Michel Chabrol, Director Marketing Innovation and Digital Cinema at Eutelsat, said: “The launch of this new channel is another milestone taking us closer towards the commercial roll-out of 4K TV channels that will propel broadcasting into a new era. Immense progress has been made with partners in the broadcasting chain since the launch in January 2013 of the first demonstration Ultra HD channel on a Eutelsat satellite. HEVC encoding combined with 50 frames per second are the next step the industry has been waiting for and we are delighted to demonstrate this performance through our HOT BIRD satellites.”

Oh, and did you know that they launched satellites nowadays from giant mobile platforms in the middle of the ocean? Nope, us neither...