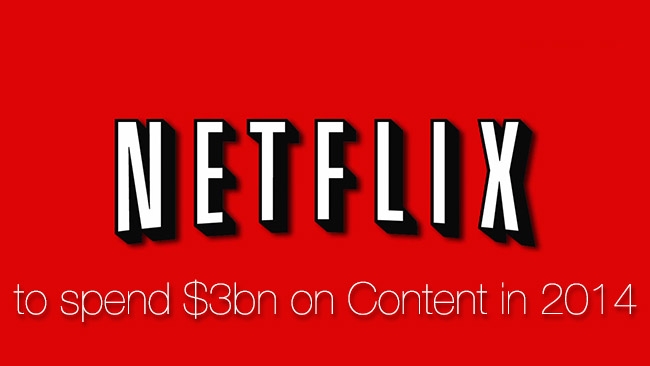 Netflix have just published their annual report and have laid out their plans for the year, including spending nearly $3bn on programming and further expansion into Europe

Netflix is doing well. According to their annual report they took $4.3bn in revenue last year and even managed to make a profit of $112m. But they are not stopping there, plans for 2014 include spending nearly $3bn on programming, including in-house shows. Series three of "House of Cards" has been given the go ahead even before series two goes live on the 14th of February.

Here in the UK Netflix is available on various smart TV's and Media Players but they have also recently added their service to Virgin Media's TiVo, allowing access to your Netflix account directly from the set top box.

Apart from series three of "House of Cards" new shows slated for production this year include new series of "Orange is the New Black" and "Hemlock Grove" and a SciFi series from the Wachowskis and  Babylon 5 creator J. Michael Straczynski called "Sense8" about 8 people who discover the ability to communicate telepathically.

Traditional broadcasters and cable companies will be reading the figures with interest, if Netflix can keep the ball rolling it looks like they will be the next major power in Television production.