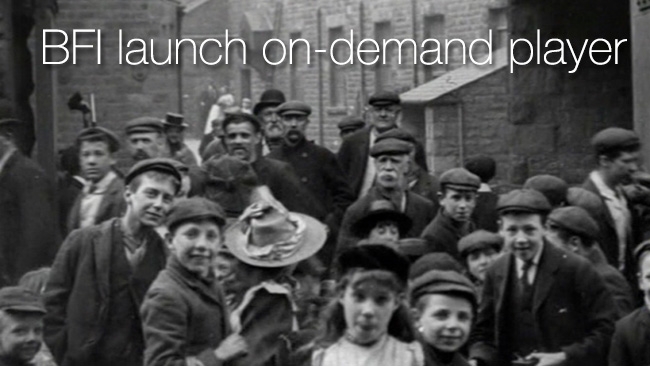 The British Film Institute (BFI) are launching an on-demand player to coincide with this years London Film Festival, including simultaneous releases of "The Selfish Giant" and "The Epic of Everest"

The BFI have always been at the forefront of British Cinema with programmes to support production and distribution of British films and a major archive and restoration programme.

Now they are lunching an on-demand player that will give viewers access to new films and archive footage with approximately 60% of the content available for free.

Available nationwide from 9 October, the BFI Player will support the UK's film industry by offering new distribution opportunities while making great film accessible to the widest possible audience across the UK.

Greg Dyke, Chairman of the BFI said "The launch of the BFI Player is a defining moment in the BFI's 80 year history – it will unlock the past, present and future of British film and, most importantly, offers a new deal for UK audiences to get great films out to as many people as possible across the UK. I'm really excited about the BFI Player's potential. The BFI is pivotal to identifying great films and nurturing and giving a voice to great filmmakers in the UK and now offers a platform to take these stories out to whole new audiences."

Edward Humphrey, the BFI's Director of Digital said "Audience behaviour has shifted to embrace digital platforms, now the BFI Player gives us a foundation from which we can support a digital future for film lovers and bring the story of film to a truly national audience. The UK film industry leads the world in digital innovation and we hope the BFI Player will quickly become an essential element in the distribution models of tomorrow."

The BFI Player will launch with seven different collections:

London Film Festival Presents: exclusive red carpet action, talent interviews and special behind the scenes access to the UK's most important film festival
Backed by the BFI: the best of British cinema – a showcase of some of the finest films, many funded by the BFI Film Fund
Edwardian Britain: for the first time ever all 28 hours of the extraordinary films of pioneering filmmakers Sagar Mitchell and James Kenyon, c.1900 – 1912
GOTHIC: The Dark Heart of Film; The BFI's blockbuster project featuring four compelling themes Monstrous, The Dark Arts, Haunted and Love is a Devil
Cult Cinema: a passport to an exciting and surprising world of cult British cinema from the BFI's Flipside DVD label
Inside Film; films about filmmaking for filmmakers and all those who love cinema
Sight and Sound Selects (from their Greatest Film poll): a growing selection of the best films of all time