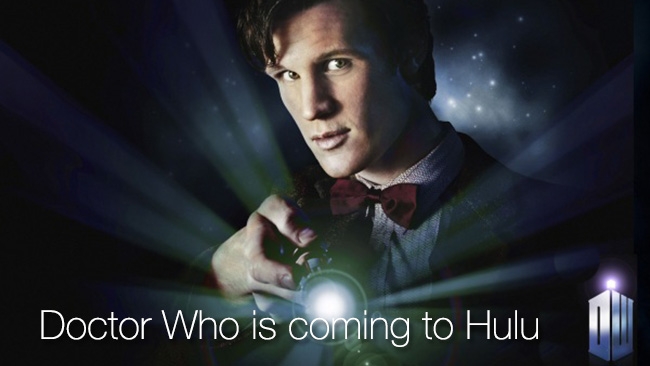 The BBC have signed a deal with web streaming service Hulu to provide 2000 programmes. Most will be available on Hulu Plus, the subscription based service from Hulu

The shows include Dr Who, Sherlock, Luther and other British Drama series as well as episodes of Top Gear, Fawlty Towers and Blackadder.

Hulu has been showing comedy shows from the BBC since 2010 but this deal greatly expands the amount of BBC content that will be available to Hulu subscribers.

"With this exciting deal we hope the Hulu audience will continue to enjoy the shows they already love while discovering new gems to experience," said Matt Forde from BBC Worldwide.

Hulu is jointly owned by Walt Disney, 21st Century Fox and NBC Universal. They were considering selling the company but have now invested $750m on new content, technology and staff.

Hulu gets more than 30 million monthly visitors to its free service and generates sales of more than $700m (£440m) from over 4 million paid subscribers.

"Hulu has enjoyed a strong collaboration with BBC Worldwide North America, from international co-productions to breakthrough exclusive shows that have been embraced in the U.S. by extremely passionate audiences," said Andy Forssell, acting CEO and senior VP of content for Hulu. "By adding this expansive collection of premium BBC Worldwide programming, Hulu Plus solidifies its role as a top streaming platform for the best British programming available in the U.S."

From next Wednesday, Hulu Plus subscribers can start streaming "Doctor Who" and spinoffs "The Sarah Jane Adventures" and "Torchwood," as well as natural history and nonfiction programming including "Blue Planet" and Richard Hammond's "Crash Course."

This fall, the Internet TV service will add "Top Gear," "Sherlock," "MI-5″ and "Luther"; comedies including "Fawlty Towers," "Twenty Twelve" and "Blackadder"; sci-fi series "Bedlam," "Red Dwarf" and "Primeval"; and natural history shows including selections from David Attenborough's "Life in the..." series. In addition, other titles like "Upstairs, Downstairs," "Wallander" and "Bleak House" will be available.

Hulu and the BBC have also co-produced the fourth season of "The Thick of It" and the upcoming Hulu original comedy series "The Wrong Mans" starring James Corden and Mat Baynton as two well-meaning idiots who become entangled in a hideous world of crime, conspiracy and corruption.