Smartta SliderMini 2 review: An incredibly portable and easy to use motorised slider

The Smartta SliderMini 2 is an extremely compact motorised slider that you can take with you anywhere. Let's see how good it really is. 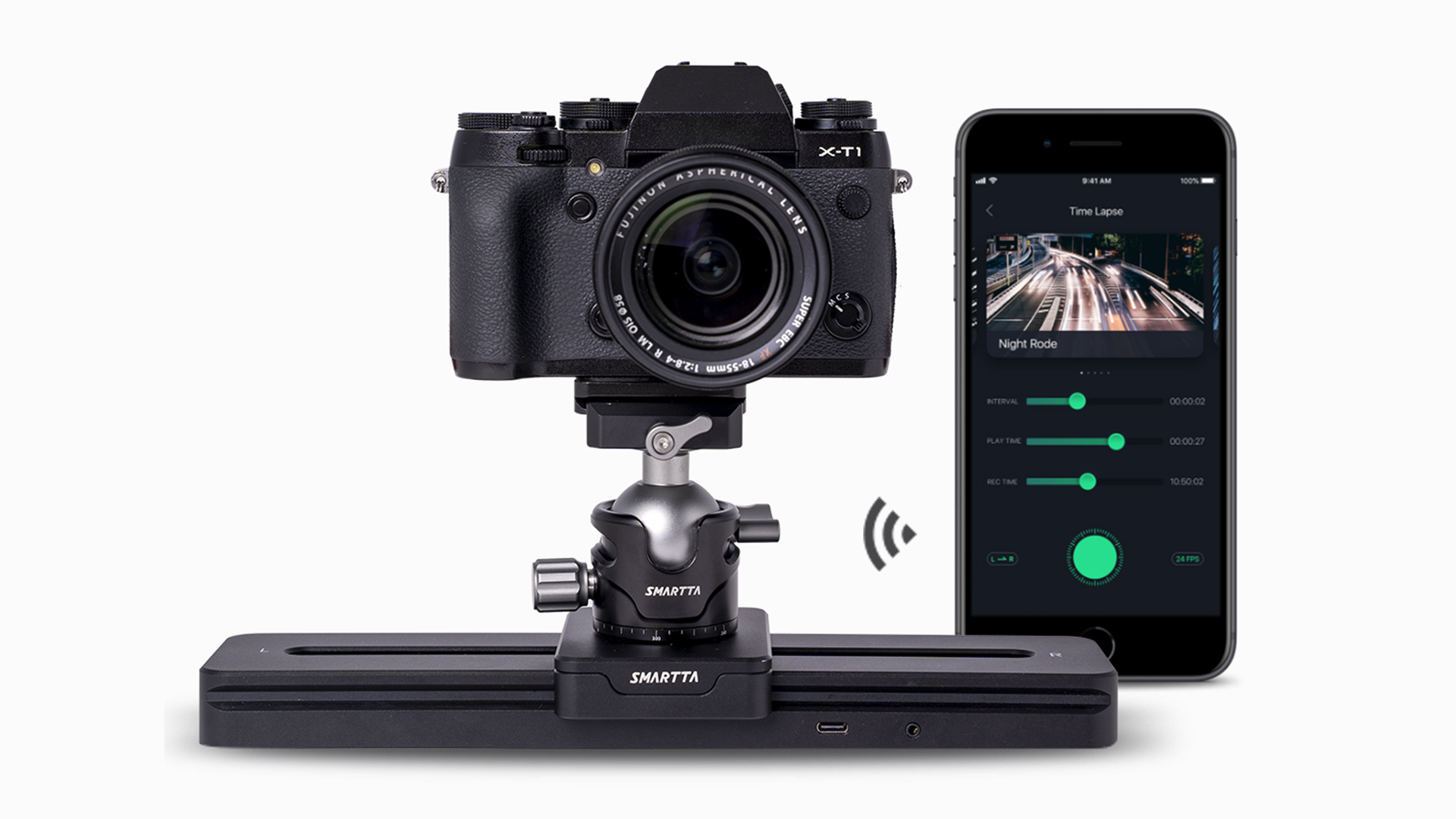 I have to admit I’ve never been a huge slider fan. As I’m sure some will agree they became rather over used since DSLRs and mirrorless cameras took over the world. But, as with anything, used well and in moderation a slider shot can still bring a nice aesthetic to videos that might otherwise be pretty lifeless and locked off.

When I was given the chance to look at the Smartta SliderMini 2 I was interested for two main reasons. It appeared to be incredibly small and compact and it was fully motorised with programmable speed via the company’s mobile app. It also had a claimed battery life of 14hrs of continuous movement with only a 1.5hr charge time. Not only that but it has a load capacity of up to 33lb for horizontal slides and 2.76lb for vertical movements, so it can take most mirrorless cameras. It also only weighs 570g itself. 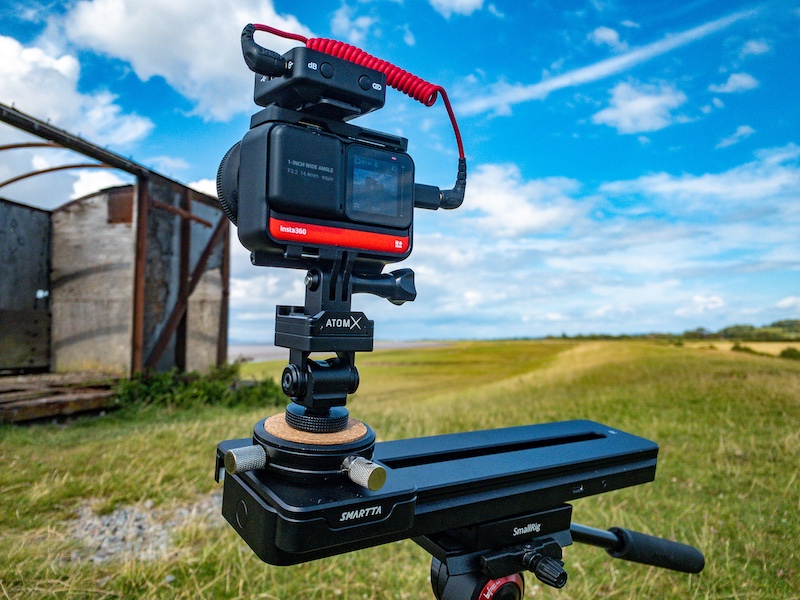 The Smartta SliderMini 2 is portable enough to take pretty much anywhere.

The SliderMini 2 comes packaged in a really nice box. The presentation here is very good. The slider itself comes fully assembled. All you need to do is to attach a camera to it and turn it on. It’s incredibly simple and clean in design, yet it has hidden power. The packaging comes complete with different cables that will hook up to the remote port of your camera. This is so that the slider can automatically start and stop video recording when it starts moving, and also so it can control the trigger for motion time lapses.

For travel filmmaking the SliderMini 2’s compact mature means that it actually fitted into the top pocket of my rucksack. This means that I didn’t even need to go into the bag’s main compartment when I wanted to use it.

Control of the slider is done in one of two ways. You can either double or triple tap the power button to set it off on a full slide, or you can use the Smartta control app. This latter option allows much more control. It is in this app that you can set up time lapses and motion control sequences. It is very clearly laid out and extremely intuitive to use. 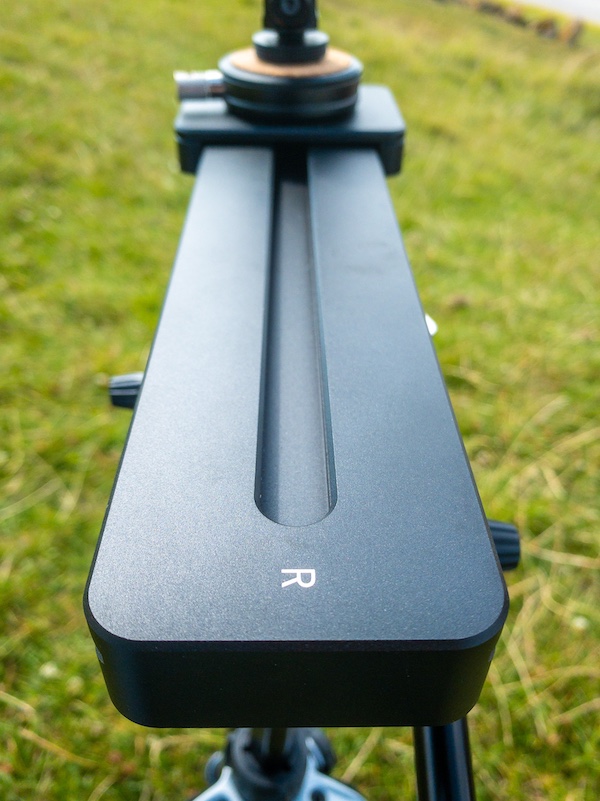 The SliderMini 2 has a short run, but it is extremely smooth in operation.

I tried the SliderMini 2 in outdoor environments. I mainly used it in conjunction with an Insta360 ONE R. It was light enough that I could take it on the river with me in my kayak and set it up on the bank using the loop function as I surfed a wave. This sets the SliderMini up to continuously move back and forth from one end of the rig to the other. Useful if you want to use it for b-camera shots during interviews for instance.

I also took it out on a hike where I could spontaneously find shots I wanted to take. Now I mentioned the overuse of slider shots earlier, but one of the great things about the SliderMini 2 is that it can be set up very quickly to work vertically for some variety. In fact it is vertical movement that is something you may use a lot with it. This is because you can maximise foreground movement in this way.

Because the SliderMini 2 has quite a short run with a very steady top speed it works best when there is a very defined, and close, foreground in the shot. Put a wide lens on it and move it a distance from anything and you may not even be aware that the camera is moving. But this just means you have to think a bit more creatively about the shot you are taking.

On the subject of the SlideMini 2’s movement, it is very smooth indeed. I noticed on my rig that at the extreme ends it did tend to very slightly ‘jolt’ into the final position. But this can be avoided by programming in a custom movement curve within the app. Although the rig is extremely quiet, you might want to move any mics going into the camera a little bit away from the rig. I found that on-board camera mics did tend to pick up the motor sound.

The camera record trigger on my S1 worked perfectly, although one thing to be aware of is that the rig starts recording as soon as it starts moving. So if you want a few seconds top and tail you might want to start and stop recording video manually.

The SliderMini 2 is a very nicely built system. It looks and feels high quality, and the movement during operation lives up to that. Smartta have done a great job of really thinking through the design and operation of the device. The thing I love about it is that it is so portable that you never need to ask yourself whether you should bring it along with you or not. You can just put it in a small bag and away you go. There’s probably no excuse not to take it with you on every shoot!

The SliderMini 2 costs $399 and is available now from the Smartta website.

I've put together a few example shots using the Insta360 ONE R with the 1-inch. mod below.