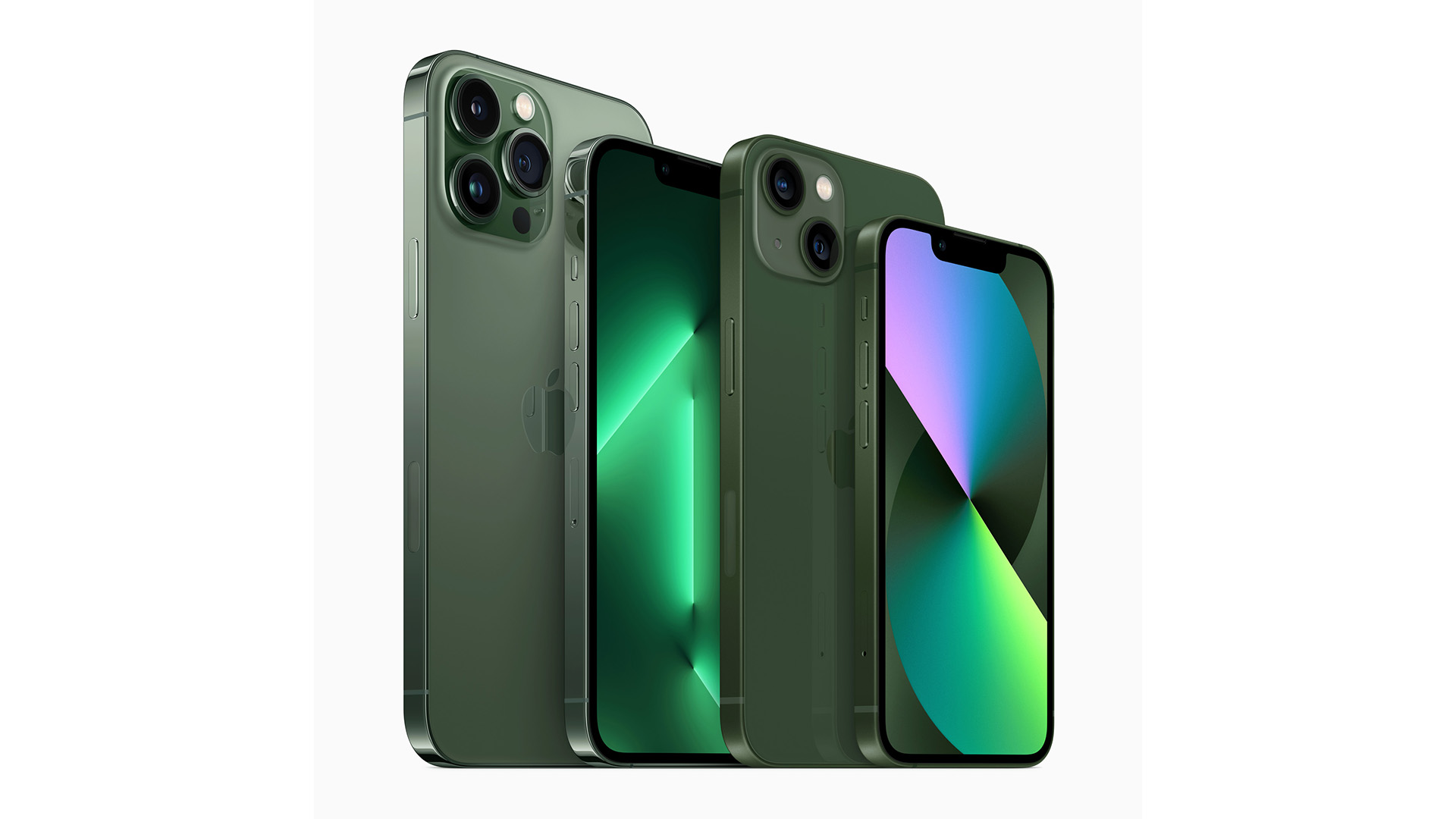 Are smartphone cameras ever going to be as good as professional cameras? No, of course not. The ultimate in smartphone technology can't ever beat a dedicated camera built with few technical or budgetary limits. It's simple physics, where you have to conclude that a bigger lens, and a bigger sensor, will always beat smaller devices.

But I'm tempted to argue with myself here because we already know that smartphone cameras can take incredible pictures - and they keep getting better. Why? It's because they're mass-market products. So they sell in huge numbers: billions, literally. This means that the almost infinite resources it takes to squeeze impossibly good pictures out of a fundamentally unsuitable device (or at least, a device that's not optimal) are freely available. The ratio between consumer smartphone camera numbers and professional cinematography imagers is a very fat one, literally millions to one. So the fact that an ARRI Alexa might cost sixty times the price of an iPhone - expensive, in other words - only illustrates that the professional camera is built with a much smaller overall R&D budget: divide sixty into several million, and you'll see why. It's economy of scale, plain and simple.

That's not to say that budgets for Cinematography cameras aren't enough. You have to take it in context, which is that R&D in a professional device is laser-focused on the niche activity of high-end filmmaking.

Smartphone optics are remarkably effective. The tiny lenses - often several on a single phone - are masterpieces of miniaturisation. Coupled with the same processing power as you'd find on a mid-range laptop, it's now possible to produce fantastic images; better, perhaps, than many consumers have hitherto been able to take with a conventional camera.

Let's say (and I'm not going to argue against it) that smartphone cameras eventually do match the capabilities of cinema cameras. Does that mean they will look the same? No, I don't think it does because they play entirely different roles.

Meanwhile, I'm in absolutely no doubt that smartphone cameras are one of the most remarkable technological achievements of the decade. I'll always want to have a professional device (and I'll discuss this later in the article), but my phone is my go-to camera for most purposes, day-to-day.

The best camera is the one you have with you

One of the most significant grains of wisdom revealed to humans in the last century is that the best camera is the one you have with you. Quite obviously, this is a leading role for smartphones. For most people, unless you're naked, you'll have a smartphone with you. That means you can also take pretty good pictures and decent video. So, decent, in fact, that with a suitable microphone, you can prepare pieces for broadcast, and few would complain about the quality. What's more, smartphones are handily also internet devices. So the once-in-a-lifetime event you've just shot on your smartphone can be with a news channel (or just Twitter) within seconds, from anywhere in the world.

This capability is not just capturing history as it happens but changing it too. Authoritarian regimes can't cover up their oppression quite as easily when every egregious act is "out there" courtesy of a thousand smartphones.

Recently, I've been using my iPhone camera for fun. Once you stop wondering where your smartphone camera lies on a scale between consumer and professional, you can start using it fully without worrying about accuracy, calibration and pixels. That frees you up to do all sorts of things that professionals would frown on.

For a long time, I've been fascinated by resolution. The conventional way to talk about this measurement is in terms of pixels per frame or inch. It matters because, with not enough pixels, they'll be visible. But in very large numbers, they'll disappear, and as long as you've got a sharp lens, more pixels means higher quality, where "quality" is how much you can zoom in to a picture and still see new details.

For me, there are two types of resolution. First, there's the physical, measurable version of the type you see quoted in specification sheets; then, there's perceived resolution. Most of the time, the latter version is the only one that matters, unless you're in a speciality where the pixels per inch will directly and proportionately affect the outcome.

Perceived resolution is what you see, or at least, it's what you think you see.

This plays in smartphones' favour because phones process images within an inch of their lives, and they get away with it.

My iPhone has a resolution of only 12 megapixels. That doesn't sound much compared to today's high-end professional cameras, where 50 or even 100 megapixels isn't unheard of. It's quite another matter as to whether those pixels individually contribute in a measurable way to the final picture. But while those tiny imaging elements may be small, they're put to good use, with techniques like taking multiple shots and combining them to give a more realistic picture - essentially augmenting spacial resolution with temporal, cumulative accuracy.

You can increase perceived resolution with tricks like adding sharpness. This doesn't add information to the image, but it tricks the viewer by boosting the high frequencies in the picture. In the image domain, sharp transitions (like you'd see if you traced a spot of light moving between the black and white squares on a chessboard) represent higher frequencies. A blurred or out of focus edge would be a lower frequency. So by boosting the higher frequencies within an image, you can simulate the appearance of sharpness. It's just like the "tone" control on an amplifier.

Smartphones have a plethora of image processing to choose from. With a bit of experience, you can make a dramatic difference. The end result is typically not an accurate or "pure" photograph. But I don't mind that. In the two images below, you can see that they don't look realistic. But they do look striking. They "pop". They get a great reaction from non-experts that I've shown them to. 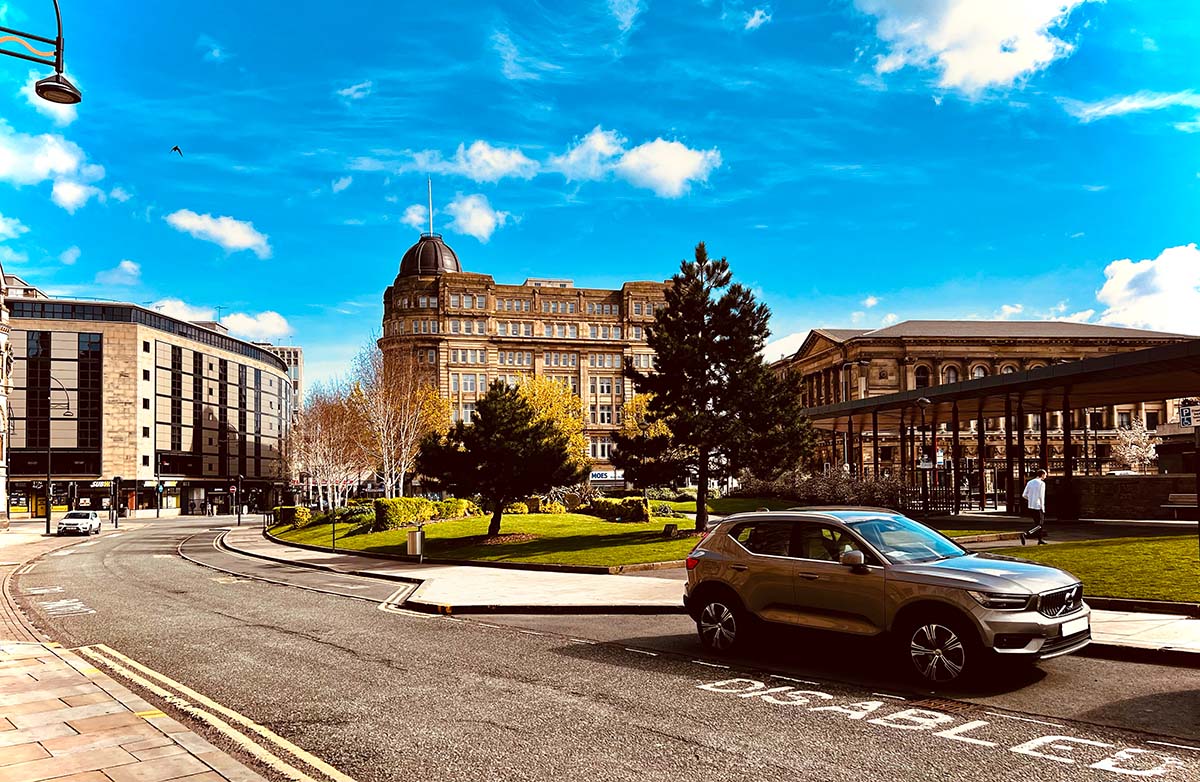 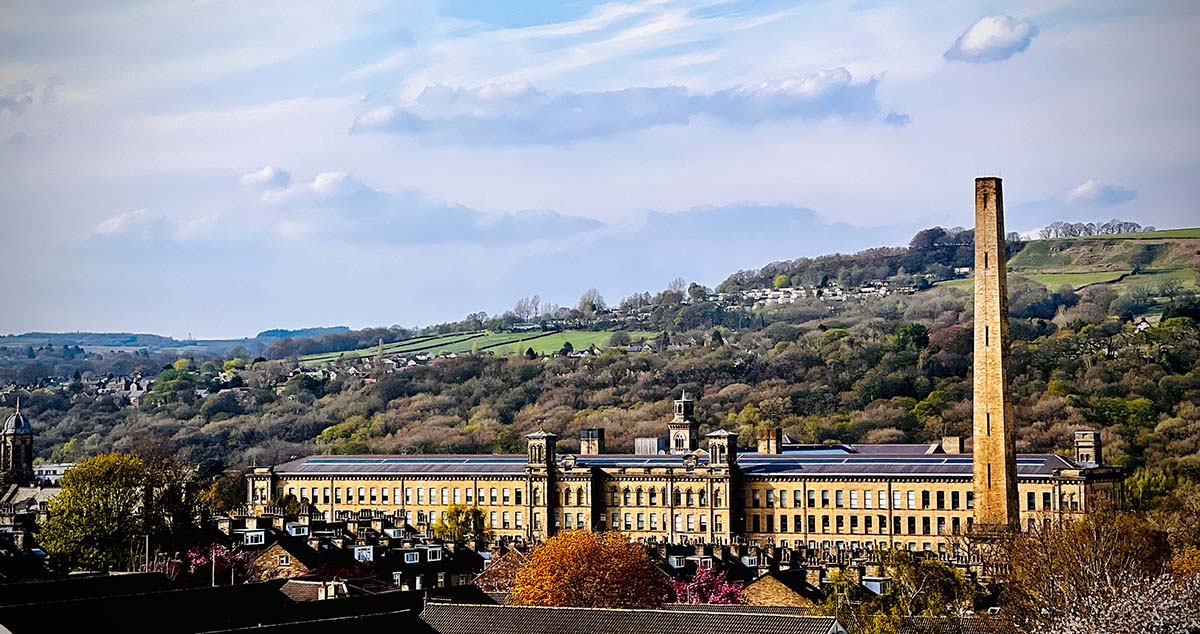 The one with the Volvo car was taken in the UK city of Bradford. I wanted it to look like an old fashioned postcard. It was lovely weather, but not spectacular. So I chose a "vivid" colour profile, turned up contrast, saturation and "definition" (which, amongst other things, can remove haze, according to Apple). The sky almost looks like it's been cut and pasted from another picture. It wasn't, but that almost adds to the slightly exaggerated "postcard" effect. It certainly gets peoples' attention.

Phones have dedicated AI silicon. It not only helps with "per-pixel" processing but also with apps that apply a "style" to photos. What I mean by "Style" is a non-algorithmic process, like making a picture look like an oil painting, a cartoon drawing or matching the feel of the image to another photo or a reference image.

I find this latter type most exciting because the output is not pixel-based. Of course, the original image starts with pixels, but the end result is more of an expression of a concept. As such, it's more analogous to a vector image than a bitmap. That means that it doesn't really have a resolution, and that's immensely powerful.

Imagine that you have one of these latter effects, and it is effectively neutral. Instead, what it does is make the image resolution agnostic. That's effectively what modern resolution-upscaling apps do. This raises questions about accuracy or authenticity, but that doesn't matter for smartphones-as-art.

And if all you want to achieve is a striking, compelling image, you're free to use any or all of the repertoire of digital and AI-based effects on a single image. Ultimately, if people ask you for a copy for them to frame and hang on their wall, you've achieved something, and I think that's perfectly OK.

I will always want access to "conventional" cameras with a big lens and maybe a full-frame sensor. Of course, it's always best to capture as much information as possible at the scene of a photograph. But I increasingly find that I can take great pictures with a smartphone that, after processing, grab people's attention in a way that conventional photography doesn't.

And the reason why I don't think this is a threat to the traditional art of photography is that it's a different art. It's a new medium. And I think we should be happy about that.