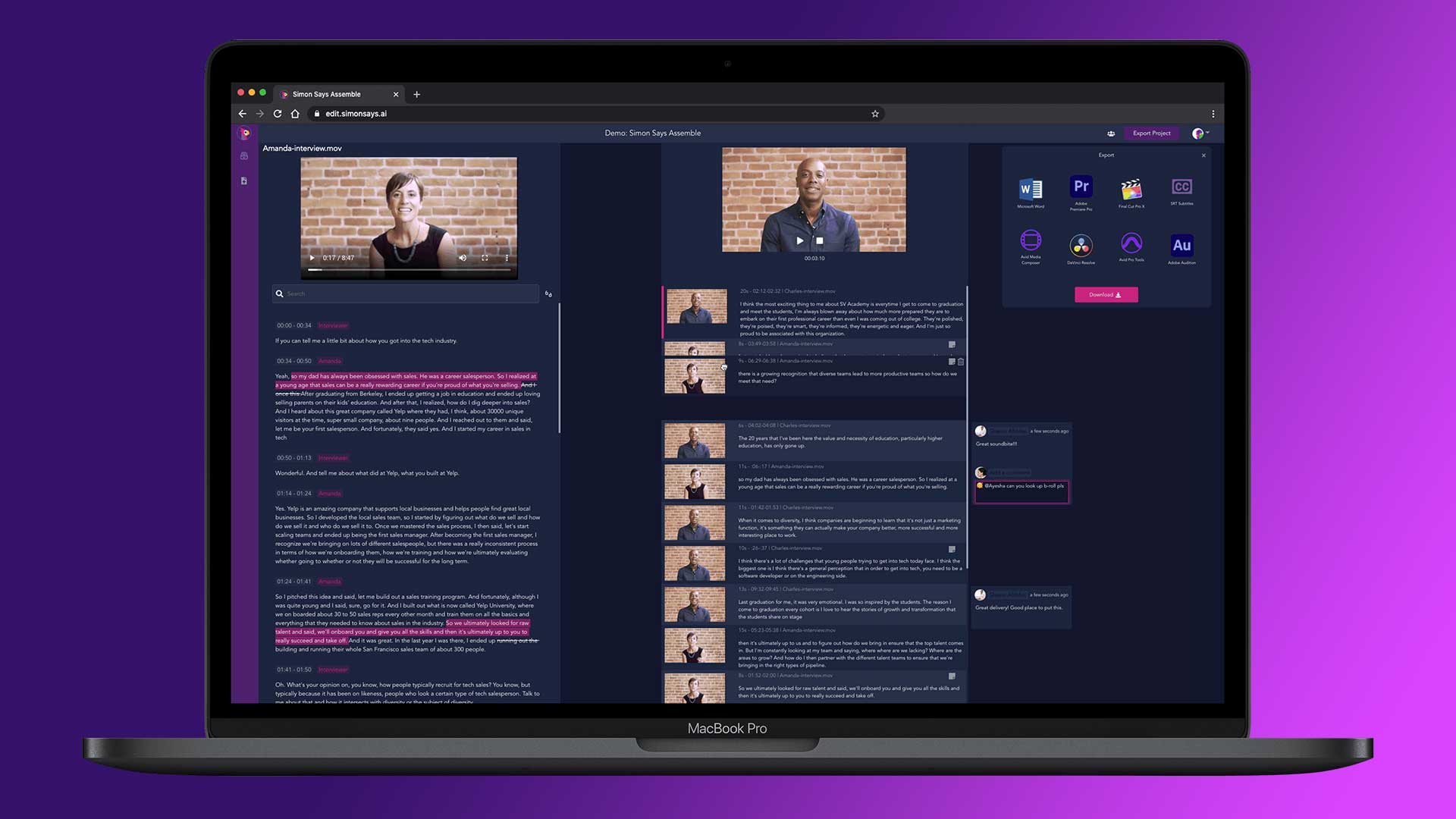 Editing a large documentary can be very time consuming due to the sheer amount of interview footage that has to be searched through. Simon Says Assemble, a new service from the transcription service, lets you find those soundbites easily, and even to edit them from the web.

The new service pretty much makes editing footage as straightforward as likely cutting and pasting text. Because the transcription is based upon timecode, users can quickly order speech and soundbites, as well as working collaboratively as a team for approval, before exporting the edit as an XML ready for importing into your favourite NLE.

Such a system will allow documentary makers to more easily and quickly create the main structure and story of the edit before being able to focus on the more creative aspects and detail of the edit afterwards.

The time saved from no longer having to scrub through footage, making edit notes, and going through an endless back and forth to get things signed off could be considerable, particularly on a long form series.

Simon Says Assemble is available immediately to existing users, and having used the system myself in the past I can vouch for its accuracy and its low cost. Find out more on the Simon Says website.