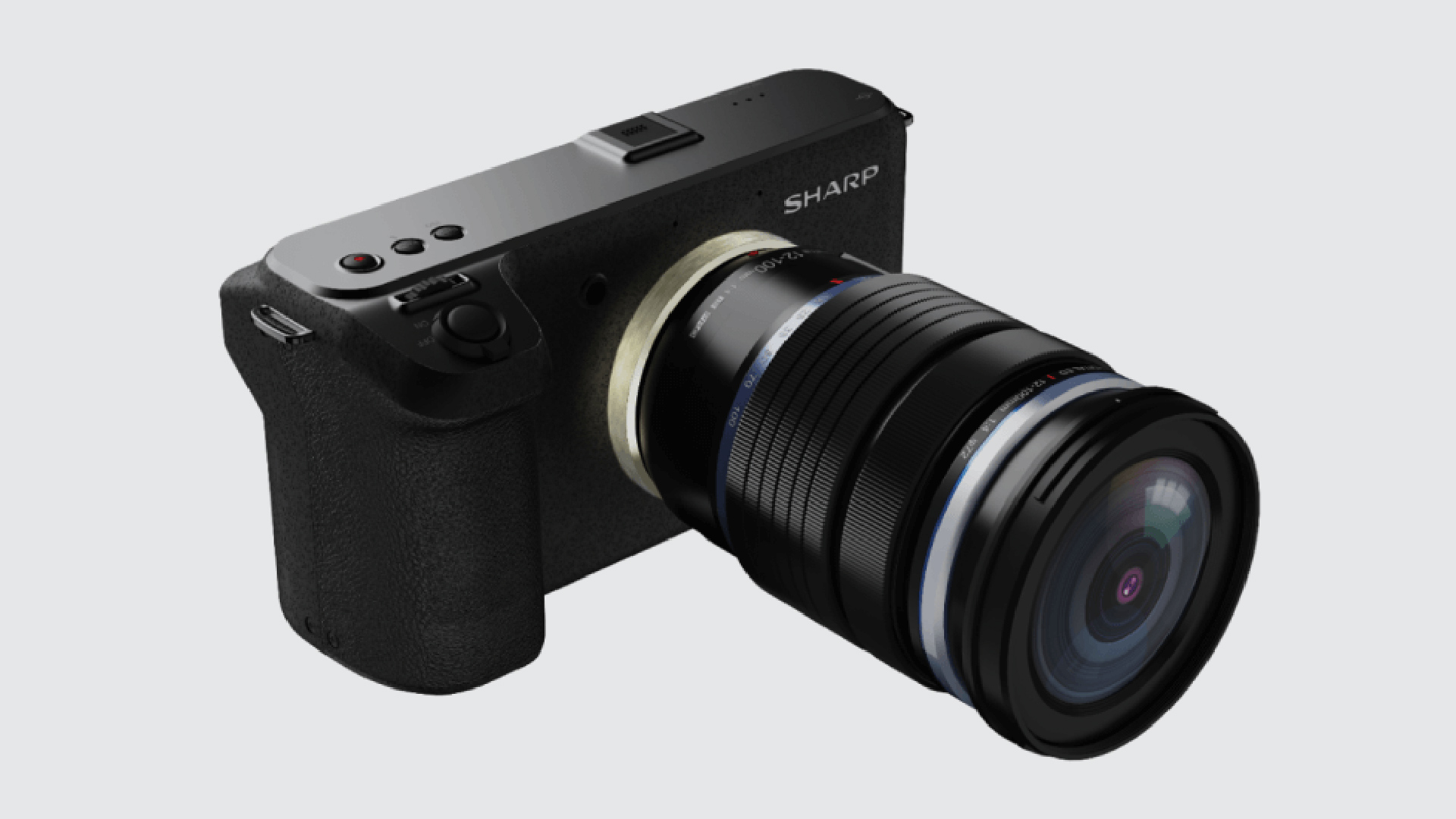 Sharp is one of the companies at the forefront of pushing 8K. It isn’t surprising given the range of 8K televisions it now sells. Sharp was also one of the first to develop a usable, completely mobile 8K ENG camcorder. So it shouldn’t come as a big surprise that it appears that the company is getting in on the act when it comes to small form 8K cameras, too.

There’s no information regarding specifications. In fact the only information is available in two sentences on the company’s Japanese site with a single image saying “Small 8K video camera (under development). World's smallest interchangeable lens 8K video camera.”

The concept image is interesting, and quite revealing if it has any accuracy to the finished product. For one thing it features very basic physical controls in a similar vein to the BMPCC 4K/6K. In combination with the fact that the company states that it is a video camera, this leads us to believe that this will indeed be a camera made to a very similar concept to the BMPCC.

This will of course ruffle some feathers, since the form factor of the BMPCC does tend to split opinion. However if Sharp manages to make a camera with usable battery life out of the box, that will be a major plus point.

The concept image shows the camera with what looks like a MFT style lens, so there are also potential caveats when it comes to cramming that many photo sites onto a sensor of that size.

One thing is clear, though. This is another clear indication that 8K is on its way to a camera near you much sooner than you might have predicted. First the EOS R5, and now this. When once 6K was seen as a useful stop gap, it appears that market pressures may lead to manufacturers quietly ditching that step and going straight for the full monty 8K.

Meanwhile, Canon has advertised that on the 9th June it will be making the biggest product announcement in its history. We continue to live in interesting times.