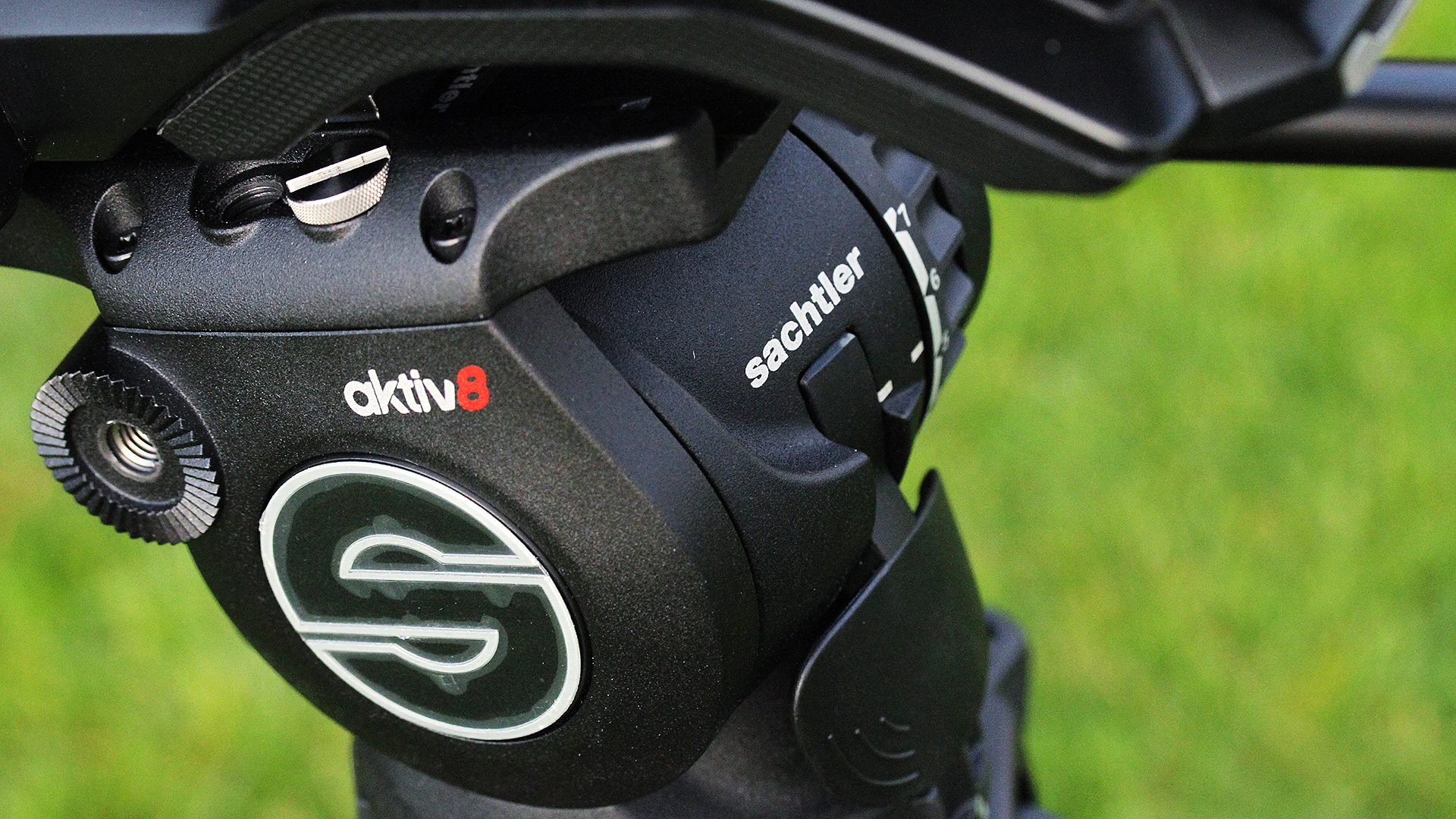 We review the Sachtler Akttiv8 tripod head, a system that promises to make your setups quicker and easier than ever.

Grip gear is one of the last bastions of real engineering. Tripods and fluid heads are things that can’t easily be computerised. They’re also the products of a very mature industry, which means that genuinely new ideas are rare.

As a result, the differences between tripods and heads have been worked down to the real subtleties, creating a market that competes very heavily on clever new feature ideas. Sachtler’s Aktiv8 fluid head (around £1500 including tax in the UK) is one of the more recent contenders to enter that arena and at the most basic level, it’s a fluid head that fits on a 75mm ball mount with variable drag and adjustable counterbalance. In 2021, none of these things is unusual, but there’s one particular thing that makes the Aktiv8 design interesting. 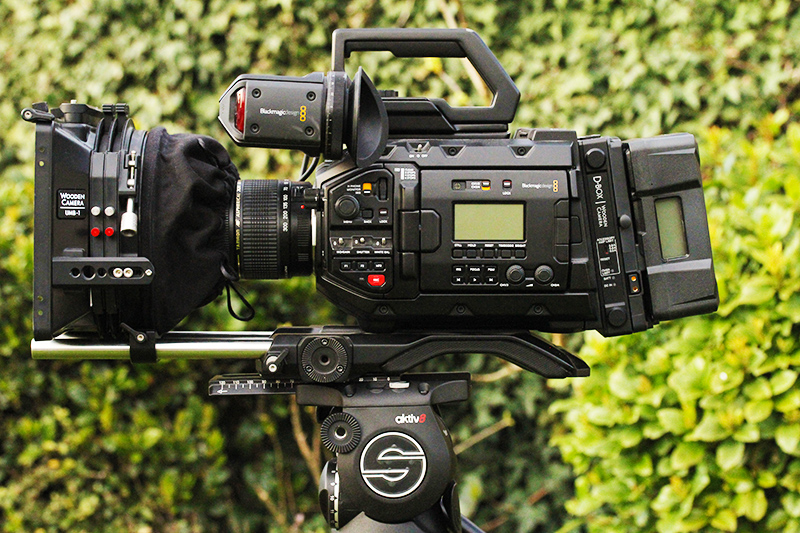 The head is diminutive even for a 75mm one, but there seems to be no compromise to rigidity.

The review example was supplied with the Flowtech 75 tripod, which we liked very much back in 2018 (around £1000, no head). This is fundamentally a Vitec design that’s sold in both the Vinten and Sachtler colourschemes, and it is quick and easy to use; if we wanted to search for a problem it’d only be that the spreader is a bit old-school on the smaller versions. Otherwise, Flowtech is an absolute pleasure, with the big paddle latches making height changes about as quick and easy as they could imaginably be, and much faster than on a more conventional double-extension layout. It’s microscopically lightweight and made by a robot that weaves carbon fibre ribbon in a manner that’s poetry in motion (which regrettably, we weren’t allowed to photograph).

The first of the clever features we meet, immediately after mounting the head on the legs, is a feature the company calls SpeedLevel. It’s a locking mechanism for the 75mm levelling ball that relies on a big flat toggle lever on the back of the head. No more fumbling around underneath, getting your fingers trapped in the leg hinges; simply push the lever upward, level, then push down to lock. It’s faster than doing it the old way – mere seconds faster, perhaps, but certainly faster, and anyone who’s operating under the baleful glare of a carefully made-up senior correspondent whose coiffure is slowly being ruined by the weather will appreciate those seconds.

The SpeedLevel system_grabs this pin, which fits any 75mm bowl; they are available separately.

Using this system, the head can also be quick-released from the bowl simply by pushing the toggle all the way up. This helps if we’re switching the head from tripod to slider, say. The head will fit any 75mm ball – there’s also a 100mm version – that has the company’s proprietary receiver pin in the bottom of it. The pin itself attaches much like any ball mounted device, with a threaded coupler underneath, and you can buy another one for quick moves between any 75mm ball mount (the adaptor pins seem to sell for about £49). 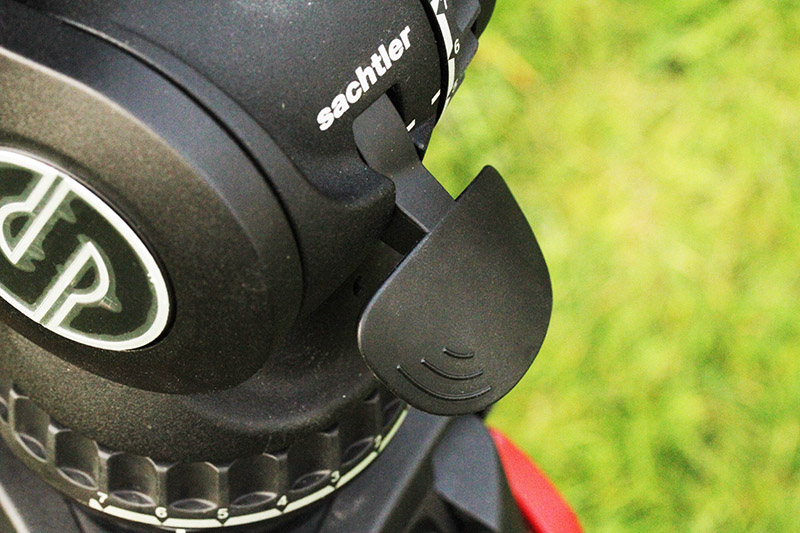 We might previously have switched between camera support gear using a VCT-14 quick-release plate, but that requires one head per grip option. As such, Sachtler’s setup might even save us owning more than one head. In case anyone’s concerned about sturdiness, it clamps down at least as tight as a conventional threaded approach – in fact, the force can be adjusted to an extent by tightening the handwheel on the receiver pin as usual.

The head offers us fifteen stages of counterbalance and seven of drag in both pan and tilt. Perhaps unusually, zero counterbalance actually means zero, and in the pan axis zero drag also seems to mean zero. The lowest drag setting on the tilt axis still leaves a very small amount of drag, but otherwise it’s possible to achieve an almost completely slack head if there’s ever a reason to do that. 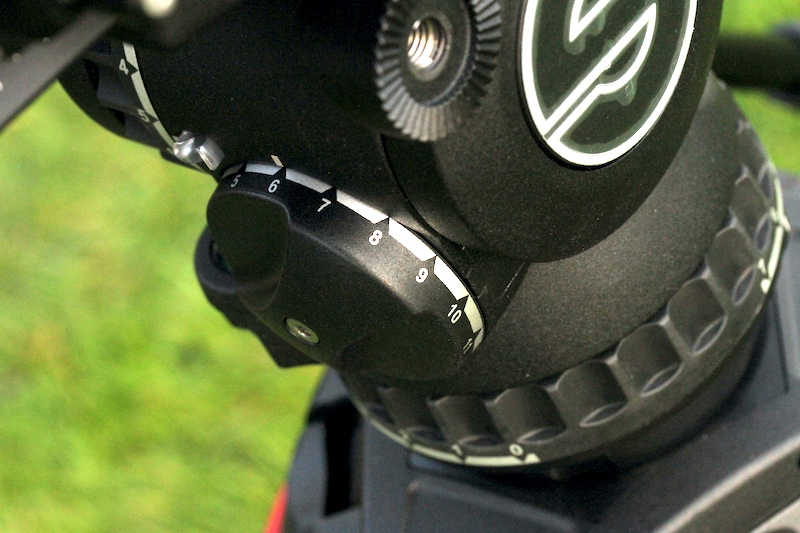 There are fifteen steps of counterbalance.

Some people would point out that competing options may have continuously-variable counterbalance, but fifteen stages seems like enough granularity. There’s no unpleasant snatching when the drag is adjusted on-shot and the pan and tilt locks grab firmly without requiring excessive tightening to be effective. About the only issue is that the tilt lock can prevent a right-mounted pan bar from being put in an instinctively normal position; the locks are not ratcheting (you can’t pull the knob out and rotate it against the shaft) and as a result the bar is best underslung.

There’s illumination for both the levelling bubble and counterbalance setting in various combinations, and a neatly-designed 45-degree mirror in the bottom of the bubble level so that it can be viewed without standing on a box to view from above when the tripod is set high. The dovetail plate pops in vertically, without compromising on retention of the plate from sliding out fore or aft.

We're looking at this level horizontally via a mirror inside, so there's no need to be above the head to squint down at it during levelling.

In the end it’s not completely new; there have been attempts at quick-adjust ball mounts before, but nothing built quite like this, or this effective. Mature as it is, the fluid head market is often defined by small innovations which afford us small conveniences. The best most people can do is a more convenient place to thread in the spare dovetail plate fixing screws (it has that too). In that context, Sachtler’s new ideas represent a bigger innovation than we often see, much as Flowtech did, and anyone looking at getting into a lightweight ENG rig will certainly want to look at the setup we see here.