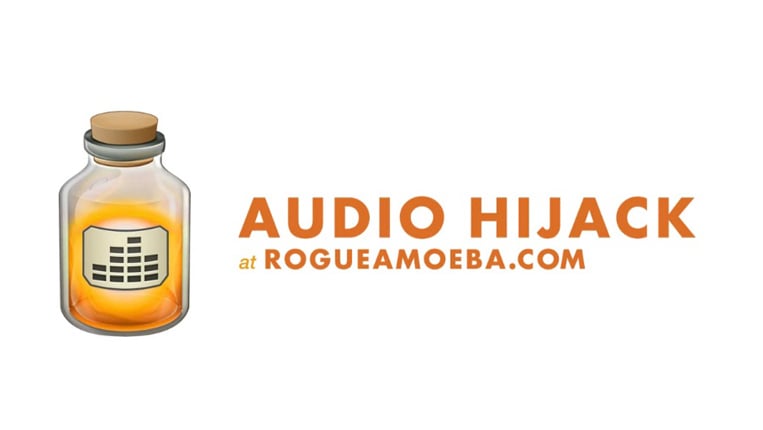 When Covid–19 struck in all its force and after the company released the Broadcast block in 2019, Rogue Amoeba received extensive user requests to make live streaming available immediately as people are confined to their homes the world over. The Live Stream block supports live streaming audio to RTMP servers like YouTube Live, Twitch, and Periscope. It makes Audio Hijack capable of offering a live feed while recording a podcast, or transmitting content like concerts and DJ sets. Listeners can tune in right through their browsers, as well as in branded apps.

Audio Hijack 3.7 can now stream audio to Internet radio as well as servers that are primarily targeted at video streaming. The Live Stream block can send via RTMP to Facebook Live, Twitch, YouTube Live, and more. It’s different from Rogue Amoeba’s earlier released Broadcast block in that the latter can only power an internet radio station by streaming MP3 or AAC to a remote server.

“The focus of the Live Stream block is on audio streaming, but the block automatically creates supplementary video,” said Paul Kafasis, Rogue Amoeba’s founder and owner. “That video enables these streams to work with video-focused services like YouTube Live, but the audio portion is the key. For true video streams, another tool is definitely the way to go. We’re not trying to replace more robust solutions like OBS or Ecamm Live with this. We’re just providing something for users who don’t need something that powerful.” 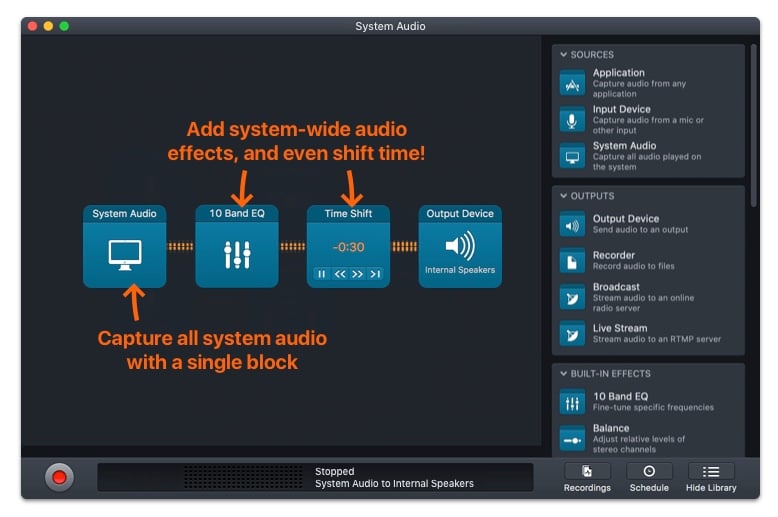 Audio Hijack’s Live Stream block is powerful and user-friendly in its own right. For example, when streaming from a music app like Audirvana, you can use the album artwork automatically so that, when you switch to a next song, the artwork automatically switches with it. The same goes for iTunes, of course, and it allows you to, for example, record a series of tutorials, add some relevant graphics and insert those as album art into iTunes and stream the entire series live with Youtube’s realtime chat as an added benefit.

Audio Hijack lets you stream your own voice using the Microphone recording block as a source while you can use a simple metadata text file containing a Title, Artist, Song and Album field and a link to a local image beside the animated spectrum or oscilloscope to spruce up the live audio. 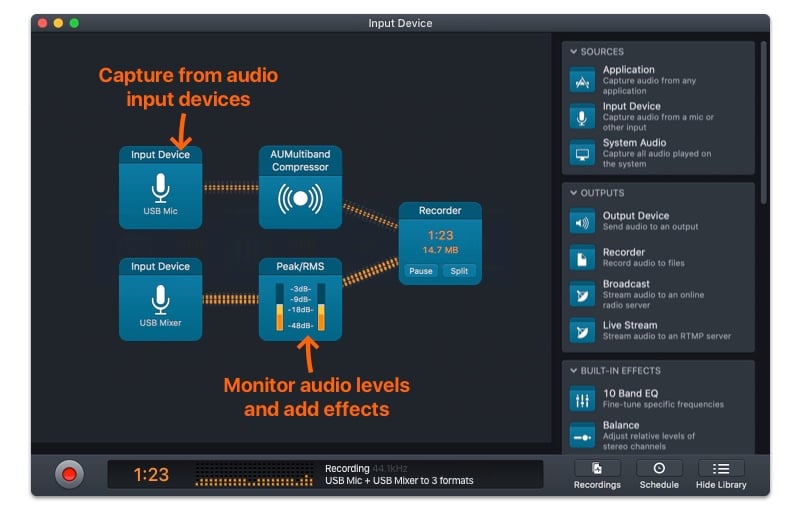 More interesting is perhaps that you can update the image — while streaming — from the logo field by dragging an image into the field and that you can also change the artwork referred to in the metadata text file in realtime. With Audio Hijack costing $72 and many streaming solutions using a subscription model, that opens perspectives for things like simple ad hoc live presentations without the need to hook up a camera to your computer via a capture card. For occasional live streaming, those investments may not be worth it and Audio Hijack may be the least expensive alternative.

Kafasis, though, does not wholeheartedly support these capabilities, despite me having tried them out and experienced them working quite well — be it with uploading delays, courtesy my ISP’s slow upstream connection to the Internet. “I’m not sure it will appeal to many users when you use it this way. This is really aimed at folks doing audio streams, with no video necessary. The video it creates is intended to be entirely supplemental,” he said.

Sennheiser Memory Mic: A smartphone mic that works at range

The Sennheiser Memory Mic looks like an affordable option for those who capture video with a smartphone, producing professional sound at an...