The DPA Microphones 4097 CORE Interview Kit is designed very much for the times. But its use will go way beyond the Covid 19 crisis. 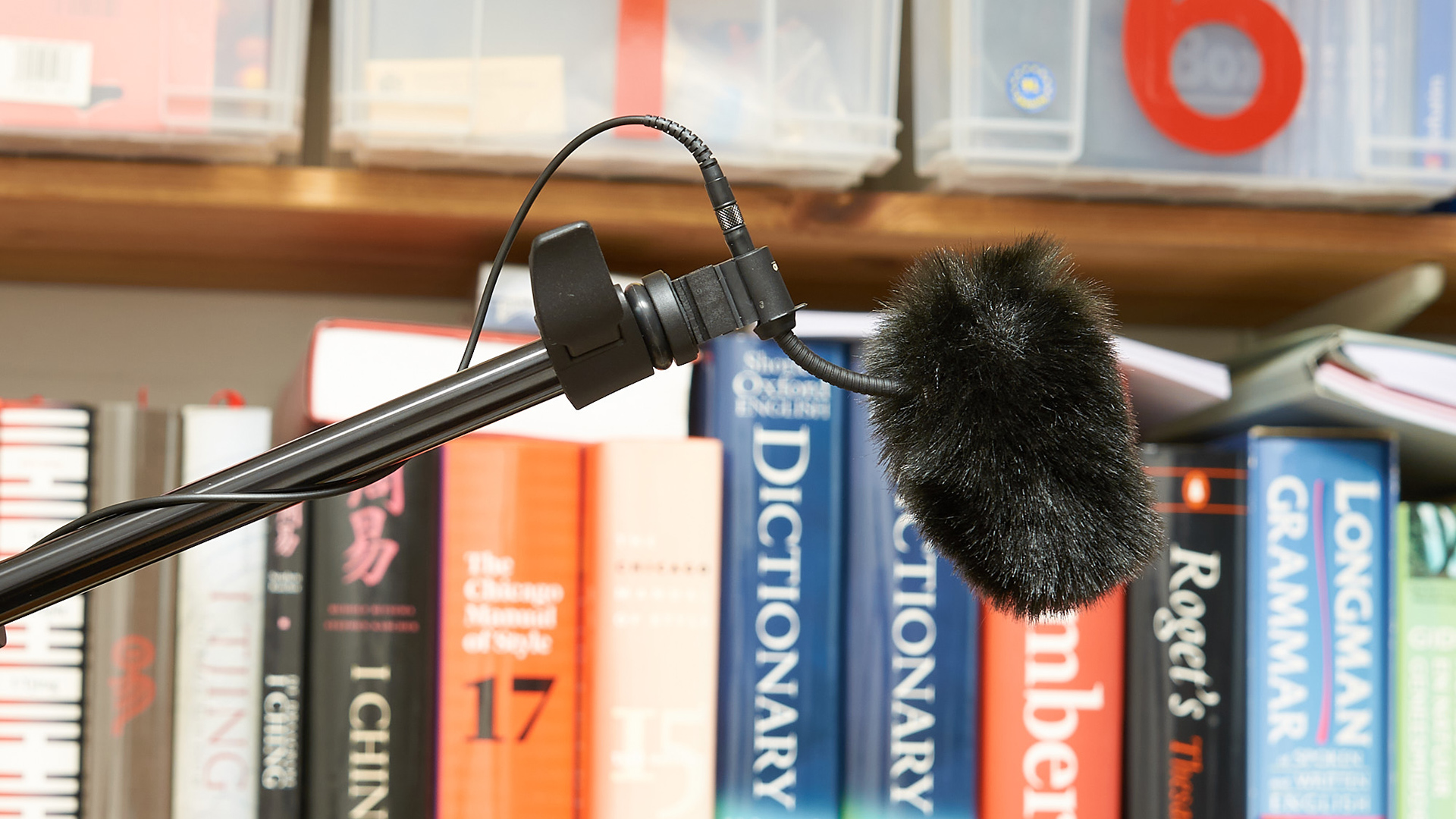 COVID-19 has been a disaster for many companies, but for some, it has offered opportunities. In my home country, a company that made huge Lego-like building bricks for very young children started making handles for supermarket trollies that supermarkets can sell/give to customers so they don’t have to disinfect their hands with every visit. And closer to your and my sphere of interest, DPA Microphones had the brilliant idea to create the 4097 CORE Interview Kit that is a perfect fit for boom pole operators in the COVID-19 era.

The 4097 CORE microphone is what DPA calls a Micro Shotgun Microphone with a super cardioid polar plot ending in a MicroDot cable of 1.8m. The super cardioid polar plot blesses the 4097 CORE with a highly directional pick-up pattern. The mic also has very low self-noise and quite a high sensitivity. It is capable of handling a high Sound Pressure Level (SPL) and that ensures it delivers an undistorted natural sound, even when users are speaking louder than usual or shouting.

Sounds that come from behind the mic are much quieter with some gentle spikes in the 100Hz-150Hz area. They quickly fall off to below -20dB starting at 1kHz. At 90 degrees, however, the frequency response curve is still perfectly level but quieter at -10dB.

These characteristics are mainly due to the fact that the mic is often used as a choir and even an instrument microphone, so sound is meant to be coming mainly from in front and all the way up to 90 degrees sideways with the back aimed at an — hopefully — quiet audience. 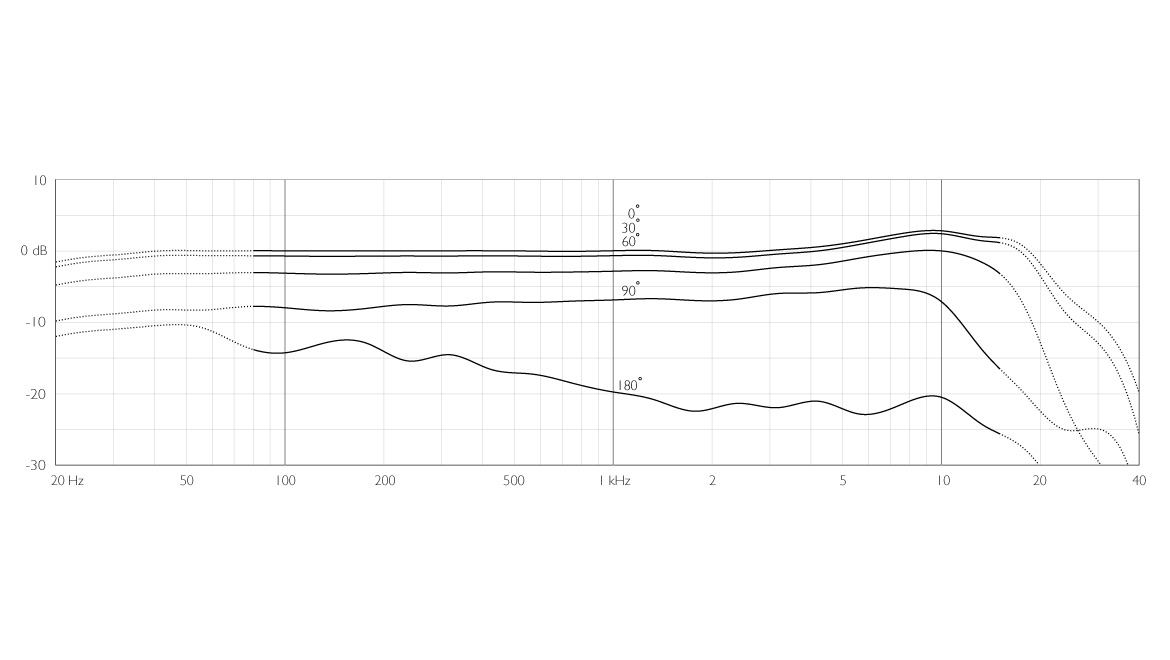 The 4097 CORE microphone has — very — low distortion and a comfortable 110dB dynamic range and sounds great, no matter how challenging the environment. As the 4097 CORE is also often used as a plant mic, it has been built to the IP58 certification and withstands harsh use as well as water, wind, dust, heat, cold and many other tough conditions that can be commonly found both on location and a film set.

The built-in shock mount has a small, slim, unobtrusive footprint and a black matte, non-reflective surface, which diminishes reflections from lights, making it even easier on a film crew.

The Interview Kit brings in a few accessories that professional broadcasters will require, including a Rycote Windjammer and a Manfrotto MPCOMPACT telescope boom weighing 320g with the mic and a plastic transmitter plate for wired and wireless transmitters mounted.

The plate is fastened to the boom pole with a velcro strap and your transmitter fixed in place by another strap. The boom pole has a 1/4in mounting screw in the bottom where you can as another option fasten the plate and hold the transmitter. Fully extended, the boom pole measures 135cm, which is exactly the minimum safe distance from others in COVID-19 times.

And while the mic already existed, that’s what the kit was developed for, according to DPA’s VP marketing, Anne Berggrein. She said the complete interview solution was developed as a result of the company recognising the need for good sound even with distance interviewing. They pushed this solution through so it could help people do their job safely in these difficult times. 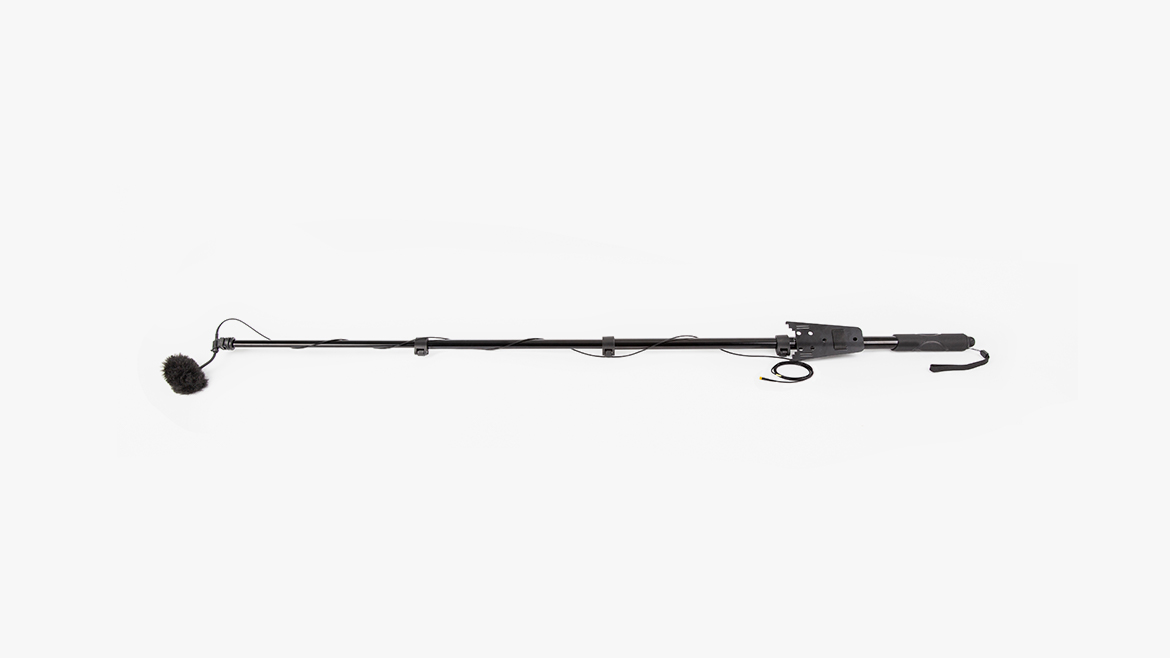 My guess is that it will far outlive COVID-19 times, not only because of the mic’s quality of sound, but also because the kit is extremely lightweight and handy to use.

The boom pole does lack a couple of features that sound recordists love. For example, it doesn’t allow you to route the cable inside the pole. In this case, however, that’s not really a problem as the MicroDot cable is very thin and practically unbreakable, so it can easily be wound around the pole. Even when it just hangs, the risk of a ticking sound when there’s some wind that hits the cable will hardly be audible (gale-force winds may be a different story).

At 300g the boom pole never becomes a burden on your muscles. We’ve all seen the sound recordists on TV, literally bracing themselves from the safe distance, handling a pole that holds a Sennheiser MK416 or equivalent and a fat XLR cable running inside for a combined weight of at least a kilogram and often more. Well, you don’t have to brace yourself with the 4097 CORE Interview Kit at all. Even with my arm stretched out, I could easily keep the mic in place for 15 minutes.

Of course, a transmitter will add to that weight if you mount it on the plate, but you don’t have to. You can also have the transmitter — or a Sound Devices Scorpio or MixPre — fastened to your belt or in its shoulder bag with an XLR adapter attached to the plate and a short regular size cable from the end of the pole to the recorder.

In short, DPA Microphones’ 4097 CORE Interview Kit is one of a very, very few positive things that have come out of this COVID-19 pandemic in A/V production land. And the best part is that it doesn’t cost all that much, either. It retails for around €538 ex VAT, depending on the accessories you need to go with it.