Quasar Science Rainbow 2 reviewed: Any colour of light you could possibly want 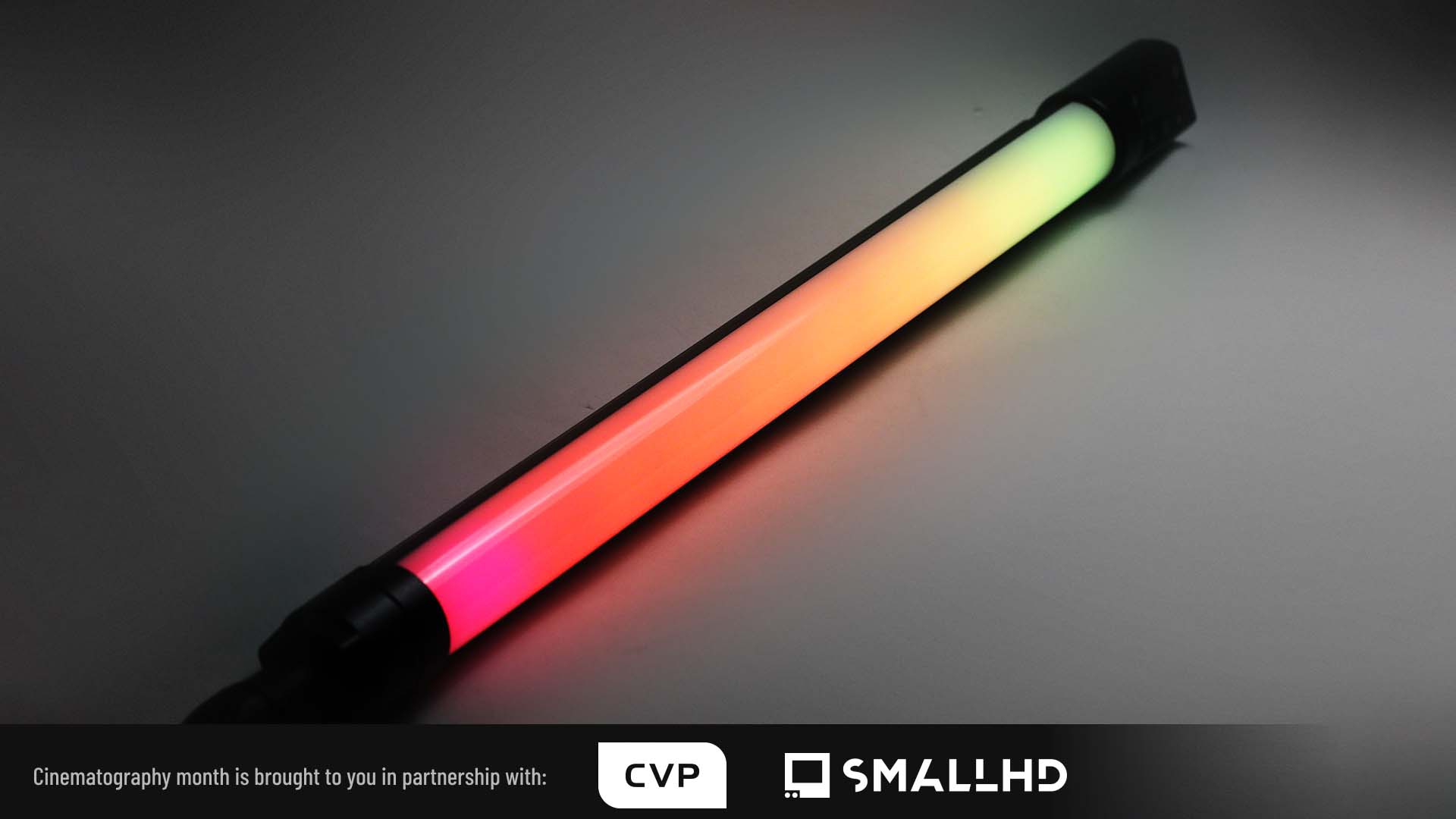 Phil Rhodes takes a look at the Quasar Science Rainbow 2 tube light. We think he likes it.

Whenever we’ve discussed full colour mixing lights in the past, we’ve always had to make excuses about our ability to evaluate performance in colour mixing mode because there aren’t any standards. There still aren’t, but Quasar Science appears to be preparing for a time when there might be by asking some interesting questions. Consider that most colour mixing LED lights have two separate modes, one for creating accurate white light, and one for creating colour effects. Shouldn’t zero saturation and white light mode both be… well… white?

This comes at a moment when the market for LED lighting is settling down after the initial scramble to make the technology work. White light – or at least various slightly different varieties of white light – is reasonably achievable by most players. Perhaps as a result, we’ve become accustomed to a few of the less useful behaviours of LED lights. To the rescue comes the Quasar Science Rainbow 2, seen here in its 24-inch single and double versions, specifically with the recent 0.6c software update. That update makes these lights behave in certain ways that immediately feel like they should always have been normal on all lights.

Quasar’s rainbows are pixel tubes, with a variety of remote control modes using lots of DMX channels to provide a huge amount of sophisticated control over what they do. This is the sort of thing that’s seen very commonly on game show studio sets, but the intent is clearly also to provide interactive lighting to productions using LED video walls, as we recently saw at the BSC Expo. With that in mind, there’s lots of connectivity, including DMX, wireless, sACN, ArtNet and Ethernet. In a virtual production scenario, these tubes will typically be fed with video-derived data; given enough, they could be used to build a low-resolution video display, though these tubes create light of vastly higher colour quality than any video wall ever could. 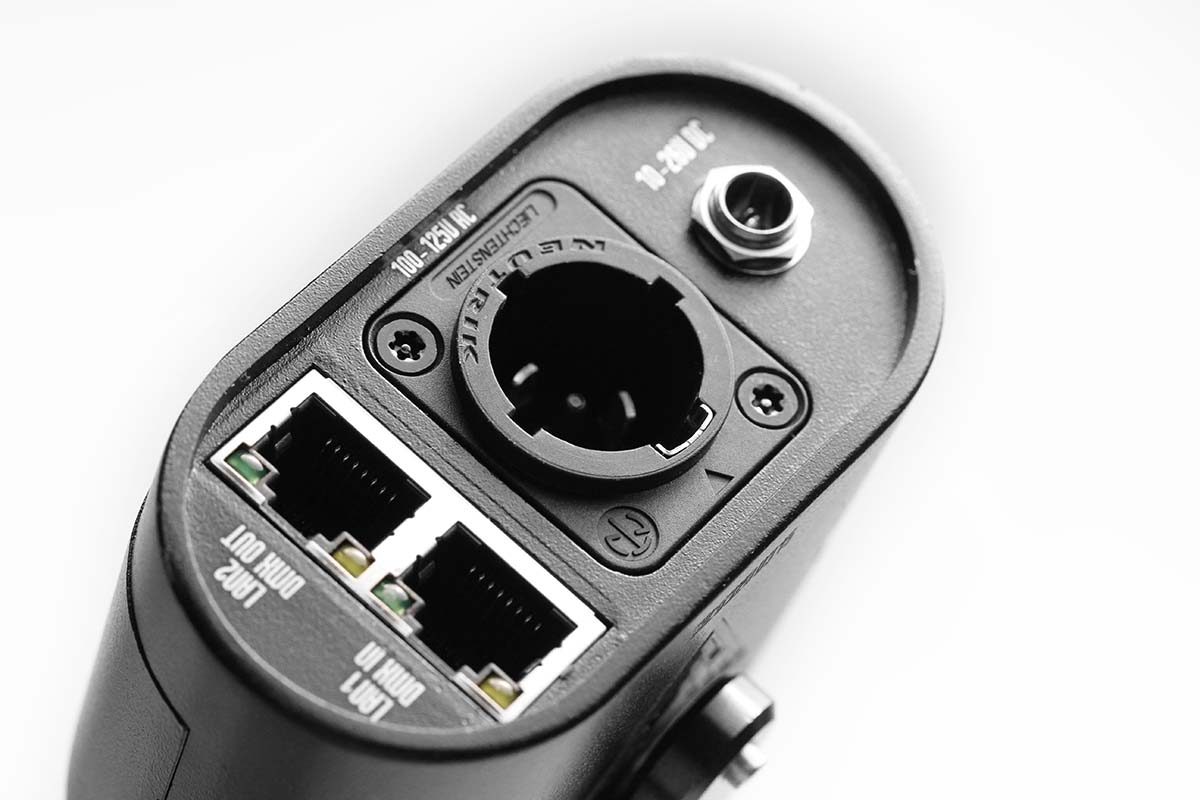 Sturdy connectors, including a locking mains powercon and coaxial DC connector with threaded coupler. Not seen - the wireless options.

Recent updates address some more fundamental issues, though. Set a colour temperature of 3200K and zero hue and saturation, and you get 3200K white light of high colour quality. Increase saturation, and the light gets redder (or, at other hue angles, other colours). There’s no concept of separate modes for colours and white. Zero saturation is white with whatever magenta-green correction and colour temperature you’ve set.

Another sophistication is that plus and minus green adjustments are fully independent of colour temperature – that is, they’re plus and minus green adjustments, not plus or minus purplish-red or greenish-blue adjustments. If all this sounds a little pedantic, think back to the last time you stared in concern at two LED lights from competing manufacturers, one of which seemed pinker than the other. Adjust plus green, and suddenly it’s too blue, and necessary to adjust colour temperature too. Matching is hard; this makes it easier. 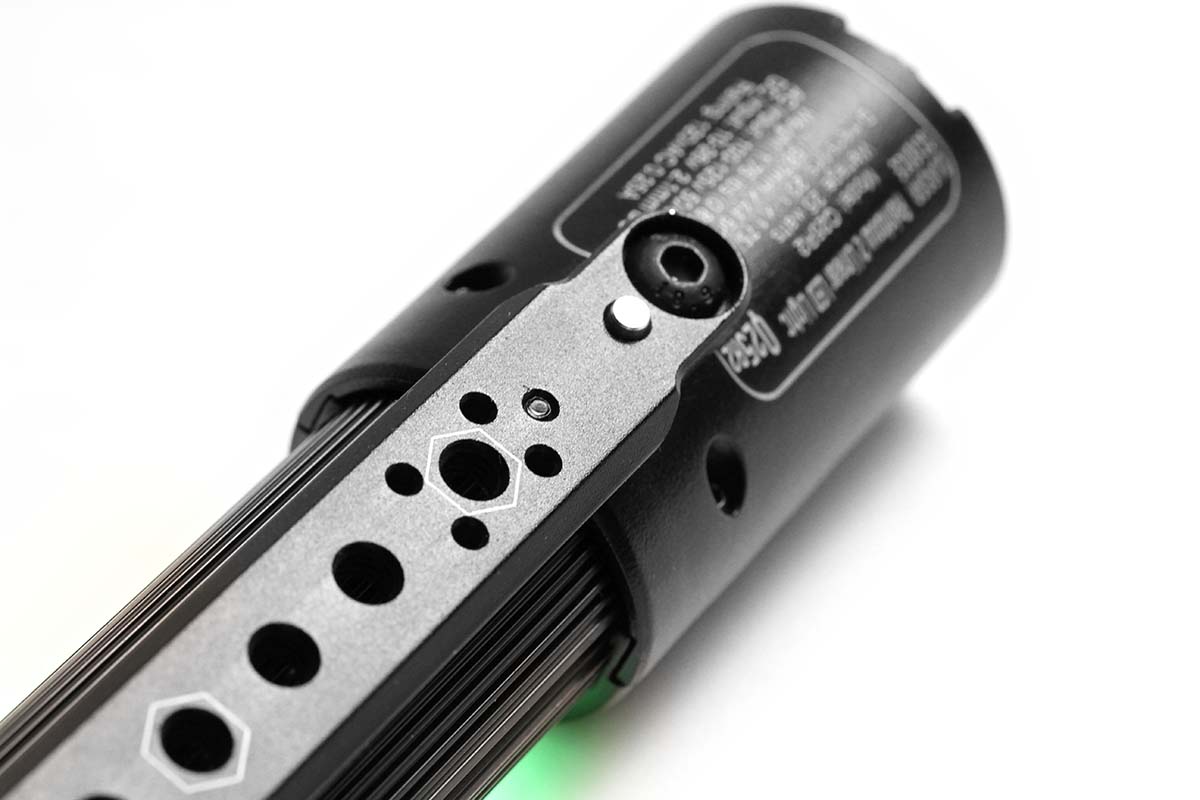 The Ossium Mounting Rail is a new idea; really it's the sort of thing that works best with cross-manufacturer support.

Beyond that, hue adjustment and manual colour temperature are now controlled in increments of just noticeable difference, a scientist’s way of referring to the smallest possible change in something that’s actually visible. In terms of LED lighting, that means that hue and colour temperature changes have more consistent controls, with one button push making what looks like the same amount of change regardless of other factors. The idea is to adopt the same approach to intensity control in the future.

Next, something the company calls hue intensity equalisation. The idea here is that hue and saturation changes to mixed colours won’t affect exposure, which is a problem on a lot of lights; set exposure with a blue light then change it to red, and realise that somehow the red is over- or underexposed. Hue intensity equalisation ensures everything comes out at the same brightness and there are no unpleasant surprises. 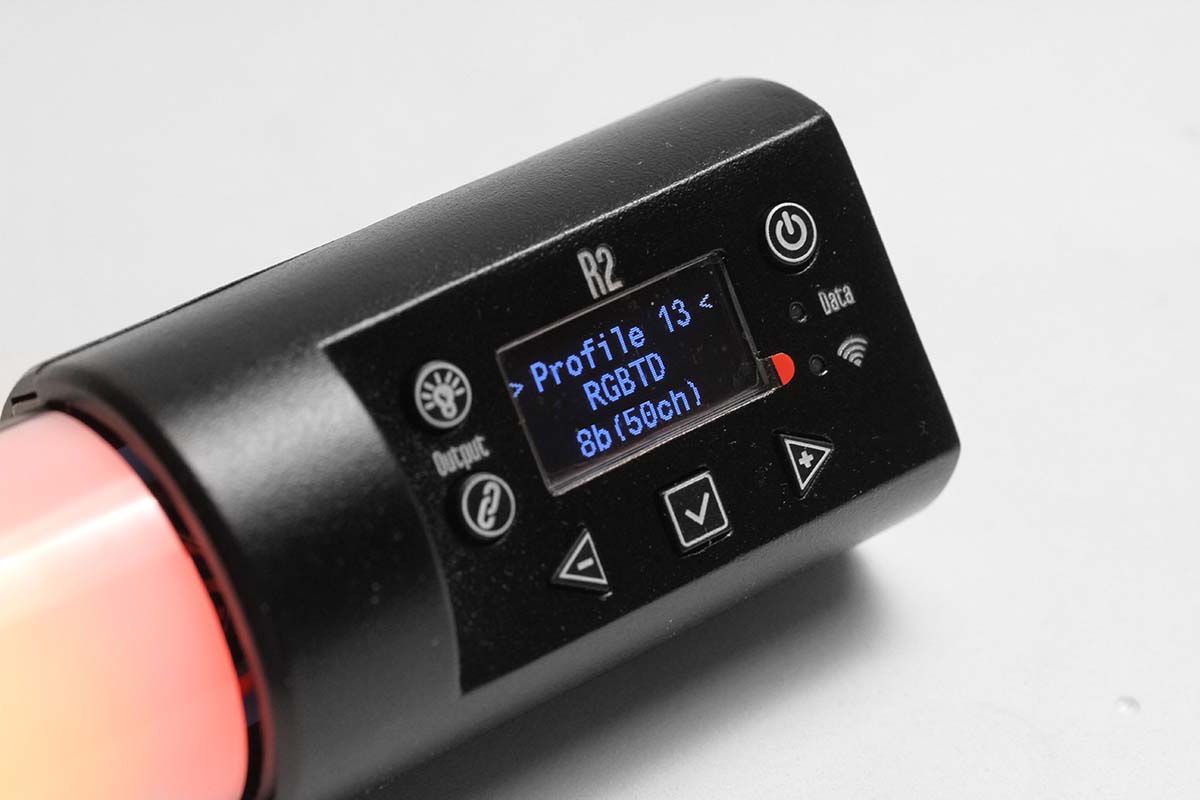 Finally, there’s a very neat trick – currently only accessible by DMX – called spectrum control. This takes advantage of the fact that there’s more than one way for a colour mixing LED light to create many types of light. Imagine a light with red, green, blue and white emitters; we can create white by turning the white LEDs on, or we can turn on the red, green and blue simultaneously. That might look superficially white but it would have much poorer colour quality. Spectrum control allows users to deliberately vary the quality of the light, something that could work well for, say, a simulation of old industrial lighting.

The Rainbow tubes are not enormously bright in terms of point intensity – they’re tubes with a diffuse surface. They are, however, hugely accurate, with TLCI figures in at least the high 70s from 3200K to 10,000K. Extremely low CCTs, below 2000K, do drop below 70, but we’re talking more about “orange” than “warm white” at that point. 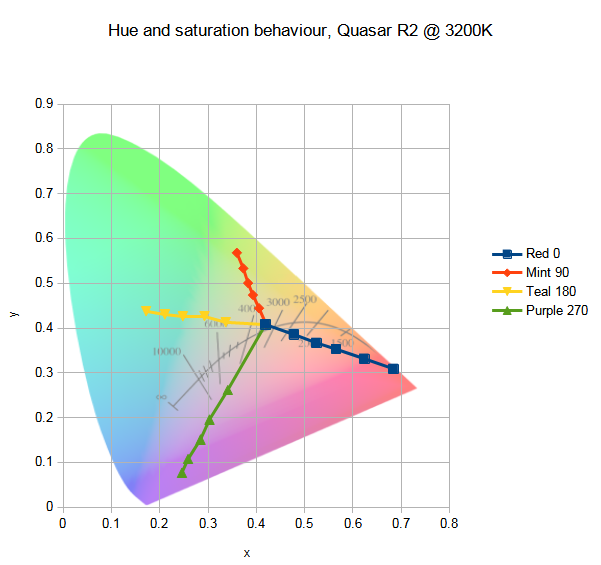 This is how single-mode lighting should work. Increasing saturation (here at 20 percent intervals and 90-degree hue increments) moves the colour away from a central white, here set to be 3200K.

R12 numbers are particularly convincing, never dropping below 74 and always above 80 from 3200K to 5600K. R9 reds are no lower than 70 at 3200K. Colour temperature accuracy is superlative, with an error of about 600 at 10,000K which is almost certainly within experimental error; that’s a mired shift of 6, where an eighth CT straw filter is 20. This is verydifficult to achieve, and if colour temperature accuracy were an Olympic sport, Quasar would be lugging home a double armload of gold medals.

Perhaps as a result, these are not the least expensive LED tubes in the world. The 24-inch Rainbow 2 is listed at $625 (£455) and the Double Rainbow at $1000 (£725). It’s immediately clear that the intent is not to compete with the least expensive photon-motivators from the low end of the market; these are special purpose tools and there are much cheaper ways to generate bulk photons. Quasar has all the features, all the connectivity and all the colour accuracy.

As a result, if we want the key and fill to be the same colour, it might all start seeming worthwhile, especially on the sort of set that costs five figures an hour.