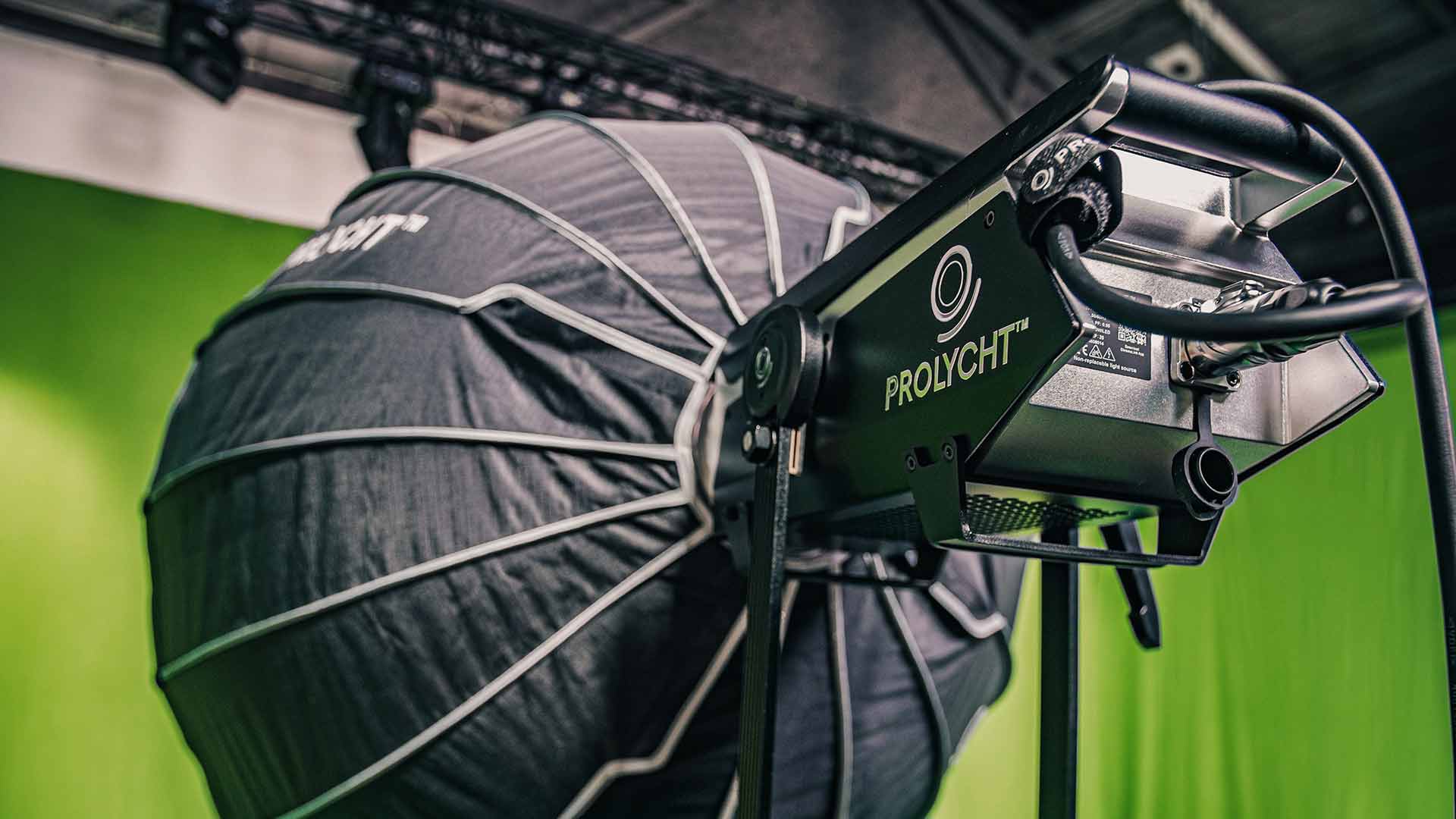 The Prolycht Orion 300 is a brand new LED light from a brand new company, with six channel colour mixing for immense flexibility.

There’s nothing quite like a hard light, because it can do more or less anything. The modern approach where we separate the driver from the optics with something like a Bowens mount is a really good development, and it’s a lot easier to diffuse a point source than it is to collimate a softlight.

But building LED hard lights is probably the most difficult part of a difficult industry. LEDs do not like heat, turning otherwise straightforward designs into a tricky thermal engineering problem. Advanced options with multichannel colour mixing are also a tricky problem in colour control, which might be why we’ve only rarely seen designs which combine hard light, high colour quality and full colour mixing.

Enter Prolycht, a new manufacturer dipping an intrepid toe into the teeming waters of LED lighting.  Its first product is to be the Orion 300 FS, an LED hard light offering full colour mixing based on six-channel colour mixing with the conventional RGB as well as amber, cyan and lime LEDs. The idea here is not to rely on white-emitting LEDs to produce white light; everything is mixed from the six saturated colours. 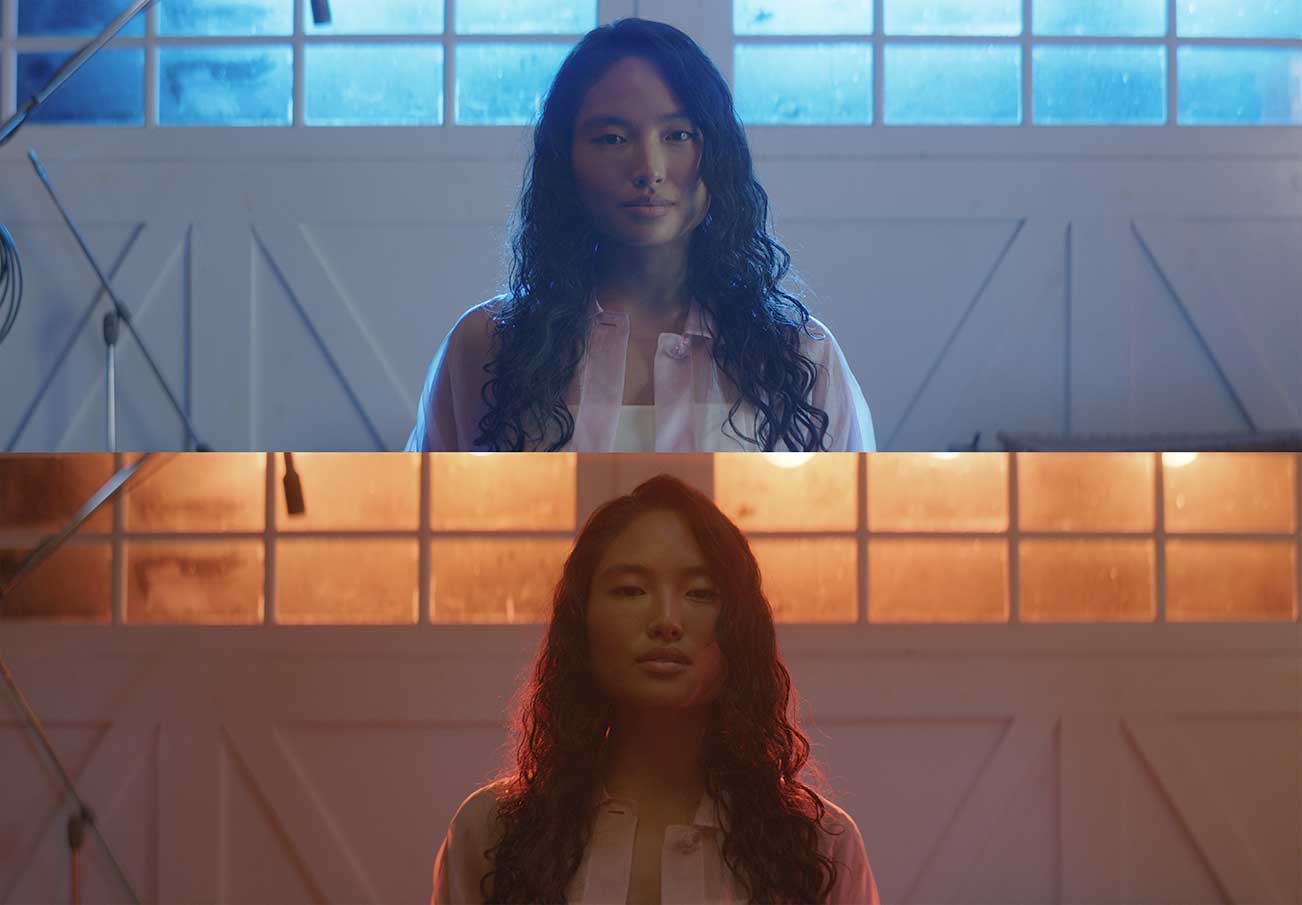 This is an approach that instinctively sounds like it ought to be possible using just red, green and blue, and that although it turns out that doesn’t work very well, producing a spectrum with three peaks that can fail to properly illuminate objects with saturated surface colours. OK, adding three more colours means we now have a spectrum with six peaks, but at that point those peaks start to merge together and published charts suggest that the Orion, as with many RGBACL lights, avoids the pronounced royal blue peak of a conventional LED. 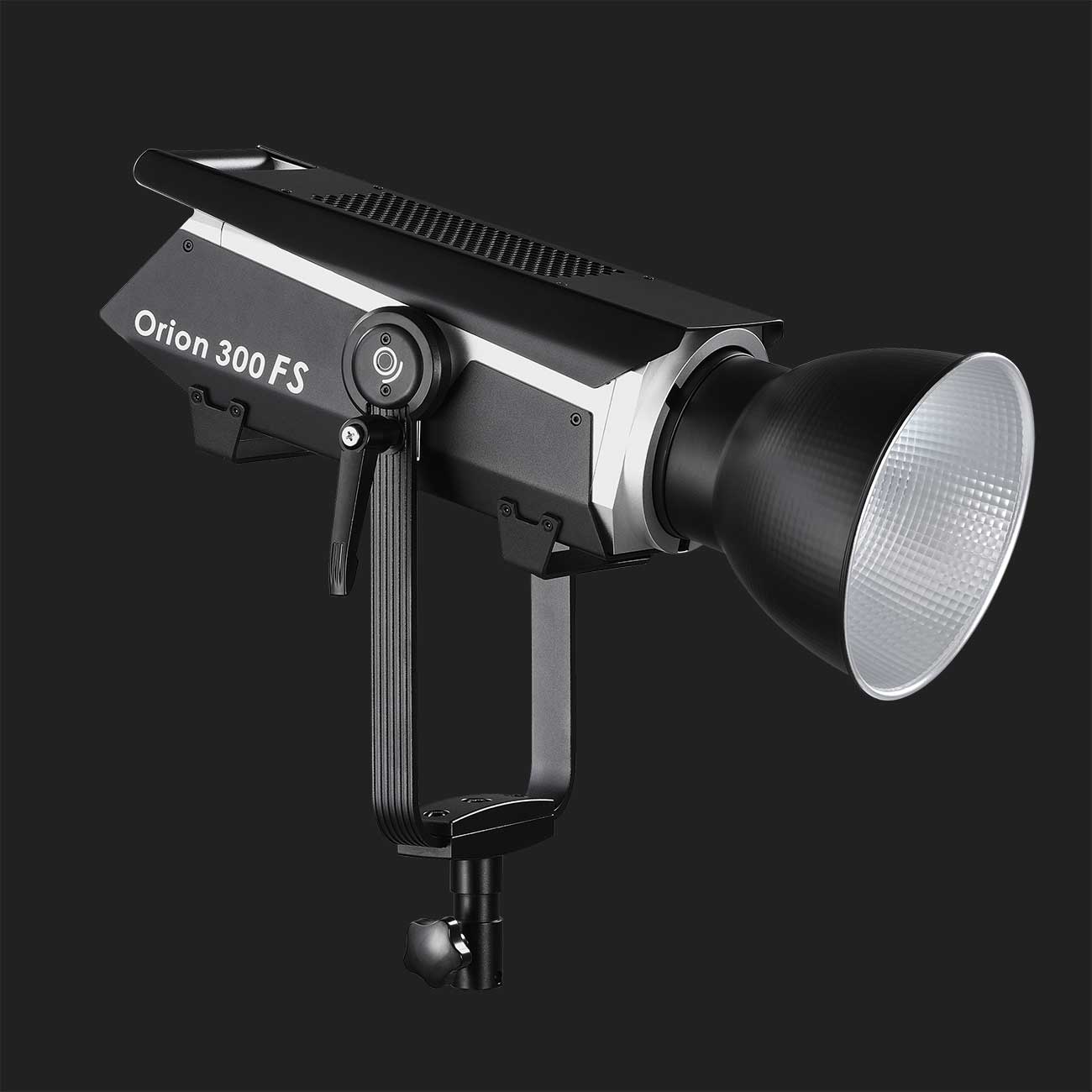 There are potentially downsides to this approach, mainly around the fact that the more channels of colour we put in a light, the less power each channel has. If we were to use a naive, three-hundred-watt, three-channel RGB LED, we could get something like a hundred watts of red light (for various complicated reasons involving the photopic function and semiconductor physics it probably won’t quite work out like that, but it’s an illustrative assumption for the purposes of this discussion). Ask a six-channel, 300-watt light for primary red, and we might expect (again, naively) fifty watts’ worth, although on the other hand when we’re outputting white light we’re more likely to have more of the channels in use at higher output, so… it’s interesting. We’ll be able to figure out exactly what the behaviour is when we get one in for review. 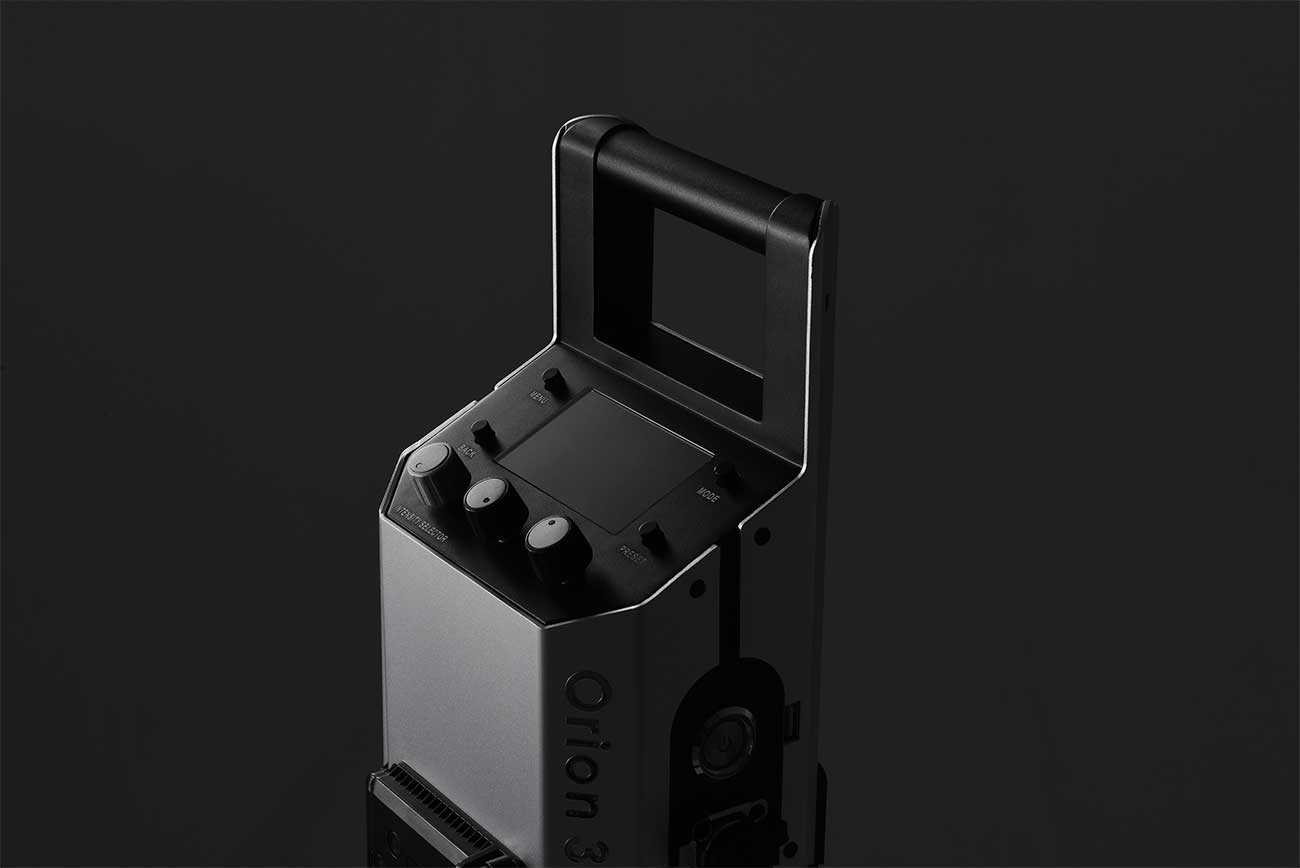 The company talks enthusiastically about the light’s ability to do clever tricks by creating arbitrary spectra. As a result it ought to be possible to produce closer matches to special sources like sodium-vapour street lighting. Programming simpler LEDs to do that, or using gels on tungsten lights, often doesn’t produce quite the same monochromatic kick as the real thing. Charts of the Orion’s output suggest it’s using phosphor-converted emitters throughout, so the absolute maximum saturation of any colour will be less than direct emission LEDs could achieve, although higher saturation would also imply bigger gaps in the resulting combined spectrum, so… again, it’s interesting. It’s certainly sensible to prioritise white light quality.

The Orion 300 FS is not quite the first LED hardlight to offer six-channel mixing of this type; Arri’s Orbiter operates on much the same principle, and while Orbiter is rated at 400W it’s almost twice the weight of an Orion, even including the Orion’s separate power supply. Better yet, US pricing puts the Orion at around US$2150; with the Arri option at significantly more than twice the price, Prolycht seems likely to make high quality full colour mixing significantly more accessible than the extant options.