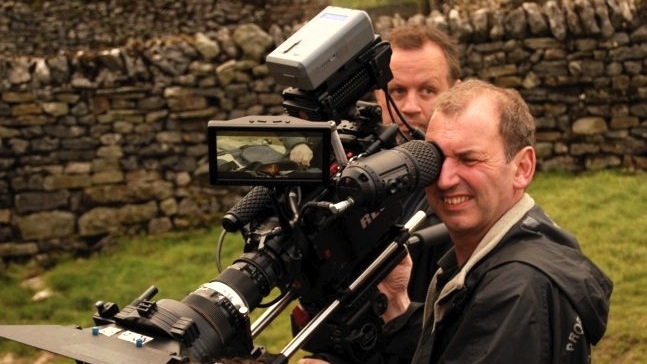 After two years of owning/operating a Red camera I thought it would be a good time to share my thoughts regarding this revolutionary product. Is it the greatest camera ever or has Red pulled off one of the biggest hypes in history?

It quite simply was a much needed shot in the arm for digital cinema. When I bought it in 2009 its nearest rivals were the Arri D21 and the Sony F23 & F35 and they were massively more expensive. For the price it was astonishing; a super 35mm size sensor recording in cinema quality. Whilst I wouldn’t claim it was as good as these other cameras, it wasn’t far behind, and you only had to see the way filmmakers like Peter Jackson and Steven Soderbergh took to it to realise it was a significant force. I believe Sony and Arri thought it would go away; instead they had to play catch-up.

The camera I got was build 21 and a lot of its teething problems had been solved. It was much more reliable, you could shoot in 16:9 as well as 2:1 ratios . The False colour overlay to judge exposure is a real joy, I actually think it was better on this build than subsequent updates but it’s still pretty good – I don’t need a light meter.

Whoever thought mini BNC and XLR connections were a good idea? Damn it you can get full size XLRs on a Sony Z7 and full size BNCs as well with the Sony EX3. You can get over the BNC with Element Technica’s breakout box but you’re stuck with adaptors for the XLR. I know ASL made a wonderful breakout box for both but it cost a fortune and doesn’t appear to be manufactured anymore.

Recording to a spinning hard drive was never going to be satisfactory. It doesn’t take much vibration for it to drop frames. This happens at rock concerts and I’ve even seen it when the camera is static recording an interview. The hard drive isn’t used now -  it’s either a Flash Drive or the SSD and in my view the media for the SSD is well overpriced.

The EVF (Electronic Viewfinder) was a giant and very clunky.  It has been superseded by the Bomb EVF, but I’ve heard indifferent reports. I haven’t used it myself but if I get to test it I’ll let you know.

With the "bad" section you can see that most my perceived issues have a solution, but here are the things you’re stuck with.

A horrible menu interface. It really isn’t intuitive but I’ve got used to it.  Take a look at the Arri Alexa’s to see how it should have been done.

90 seconds to start up/reboot. It may not sound a lot but it can be a bit of a nightmare here’s what Werner Herzog had to say on it.

Werner shot his film “My Son, My Son, What Have Ye Done?” with the Red One. He was disappointed with the camera's long reboot times, saying:" It drove me insane, because sometimes something is happening and you can't just push the button and record it."

That the Red is one of the most important cameras is undeniable. They caused major companies to respond the – Alexa from Arri , the F3 from Sony and new cameras are being announced from major manufacturers nearly every week. Red may have started the revolution but they could be swept away as others take up the cause.

As I write I’m awaiting the return of my camera with the Mysterium X upgrade which should keep it at the cutting edge.  I’ll let you know how I find shooting with it.