In future, there may only be uncompressed video 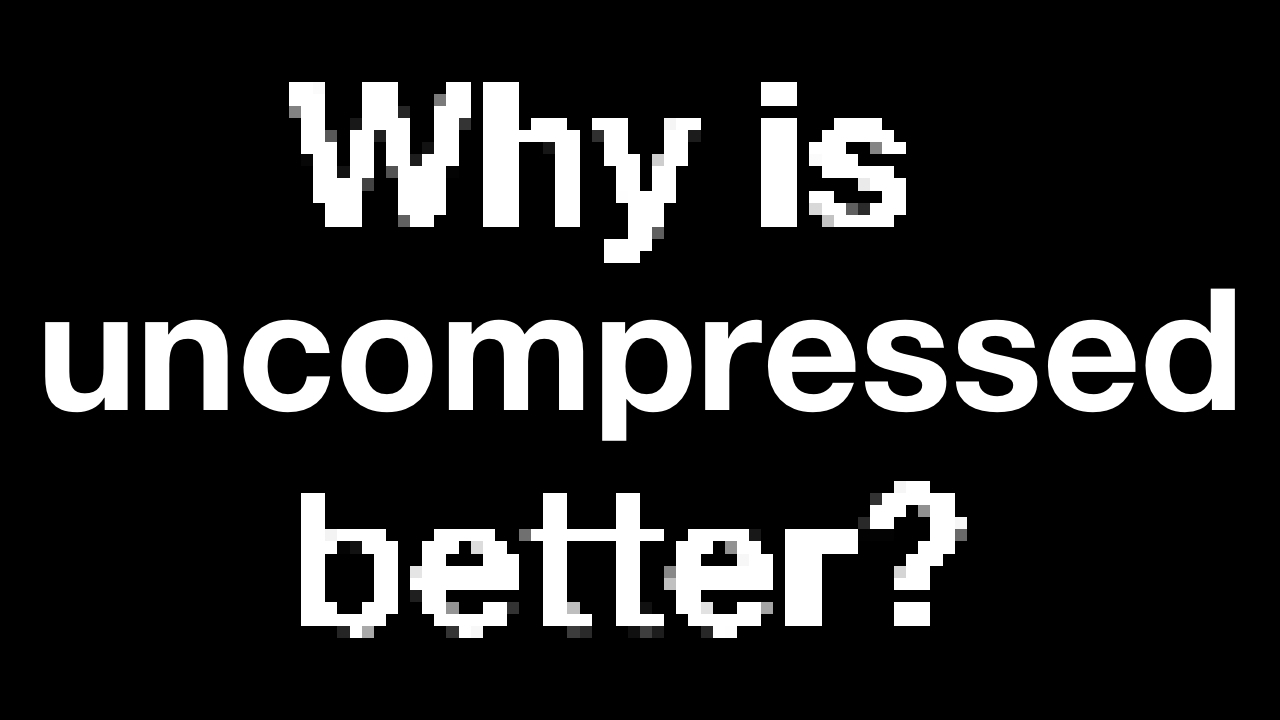 In future, there may only be uncompressed video

Recently, I've been encountering more and more material that isn't compressed. Whether it's material from an older 2/3” camera such as the Sony HDW-F900, given a new lease of life with a high performance SSD flash recorder, or from a modified Canon DSLR, or something like Blackmagic's cinema camera, it's more possible than ever to get material from the sensor to your screen without knocking the hell out of it with some clever mathematics

Few would argue that the option to do this is a good thing. In the strictest sense, we've had the option to do it for quite some time – perhaps a decade or more – if we were willing to tolerate some fairly significant impositions on camera equipment. The first uncompressed recorders, built to go with things like Dalsa's Origin camera and the Thompson Viper, were initially fridge-sized racks full of hard disks which had to be wheeled around. Fairly quickly, companies like Codex made it more and more practical, moving down through briefcase-sized devices to the sort of pocket-sized recorders we enjoy today. It should not escape our notice that this has been made practical largely due to the explosion in flash storage capacity, which is driven by markets which have next to nothing to do with film-making, but that's the technological singularity for you.

Equally, we shouldn't become hardliners. In the sort of circumstances in which independent film-makers tend to work, data management is still somewhat hard work. A production might fill two 256GB SSDs per day shooting many of the uncompressed options that are currently available; that's three terabytes per six day week, all of which has to be transferred from the shooting media, duplicated, insurably backed up, probably transcoded and stored somewhere. I have every sympathy for people who reach for HDCAM as a known quantity. It works. It is convenient. But it is very heavily compressed, and there's no avoiding the fact that this affects the pictures.

The Beauty of Uncompressed Pictures

Now, this is an opinion, but it is also what the focus of this should be about: uncompressed pictures are more beautiful. Really, quite noticeably more beautiful. We can see this from recent experience with the Canon EOS raw hacks, wherein the pictures are noticeably more beautiful without h.264 than they are with it. Cameras need to power their codec electronics, reducing battery life. Compression smears noise, reduces shadow information, loosens sharpness and makes grading more difficult. Normal, everyday read and shot noise, particularly, can be made very much more objectionable by even quite light compression, taking what would have been tiny, less noticeable single-pixel artifacts and turning them into a bubbling vat of unsightly blotches. It's is also a pain in the neck in post-production, where we struggle hard enough for performance at the best of times without having to use part of that performance to unwind some careful bit of mathematics. By every measure other than the amount of storage required, compression is a disaster.

No Future for Compression

Of course it's still necessary that production technology continues to support high-quality modern codecs such as h.264 or (more preferably) ProRes and DNxHD. It's a strange irony that smaller independent productions are more likely to have the time to spend on a fully uncompressed work-flow than bigger ones which must work week after week as a constantly operating production machine. Those people are going to continue to need material that's easier to handle. In the long term, though, and frankly even in the medium term, it's pretty clear that the meteoric rise of information technology is sooner or later going to make compression irrelevant – and that's a good thing.