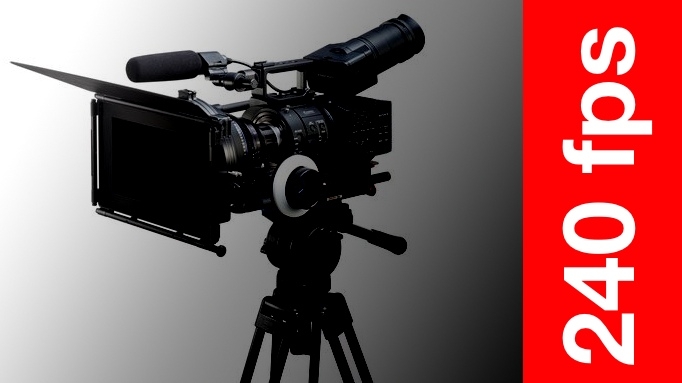 Sony's FS700 will be capable of shooting in 4K with a future upgrade, but available right now is full HD up to 240 fps. Phil Rhodes tries it out.

It'd be easy to turn an article on the upcoming Sony NEX-FS700 into a sort of review, but that probably wouldn't tell us much, especially if we already knew the F3 or the FS100. It's not identical to either, but other than the frame rate, the difference is in the details. Recently I've become more and more aware of the fact that the general standard of camera equipment available to the sort of market that these cameras serve has never been better, and if you're worrying too much about those details, you're probably concentrating too hard on one aspect of filmmaking.

All of which is a complicated way of saying that the FS700 is a competent camera and you could happily shoot a production on it, as if that was ever in doubt. The principal problem with the lower-end FS series is that the onboard recording codec is only h.264 at 20-25 megabits (as reported by VLC on various material). Much as it's nice to shoot things to SD cards, which are very cost-effective, this low bitrate doesn’t do justice to cameras of this calibre, and serious users will slap external recording on it as a matter of course. There is a question mark over how this will work with the high speed function - and and a bigger one about how external recorders will cope with the 4K output that the FS700 is upgradable to. [Editor’s note: most of them won’t - data rates are far too high, unless they capture the buffered recording at normal speed].

It's clear, then, that the 240fps (the maximum frame rate available at 1080p) is the headline feature. Much as I hate to reach for fashionable language, this is potentially something of a disruptive technology, because the only way to get this sort of feature at any sort of worthwhile quality previously was to go for an outfit from Vision Research gear, which would usually cost anywhere between ten and twenty-five per cent of the cost of this camera. Per day. Vision Research, Redlake, and the few other people whose scientific-imaging and machine vision cameras are sometimes used for high speed filming, will doubtless be alarmed. I think we can safely anticipate their robust denial of the problem, on the basis that they're a high-end outfit serving a high-end market, and it's true. But simply claiming to be the incumbent will not fend off technological challengers indefinitely, and regardless there's a market slot for merely for “easily good-enough” into which I suspect the FS700 will fit quite neatly.

In use the FS700 behaves much like an FS100, until you enter slow motion mode. Like any other high speed camera there's a rolling buffer, and an option to either start, stop, or nominate the midpoint of a recording at the push of a button. One the buffer is full, the camera plays out the shot at a more normal frame rate, depending what you've got it set up to do, dumping it to the internal recorder in real time. This can be slightly time consuming, as the internal buffer seems good for 1700-1800 frames (oddly, it seemed slightly variable) which means you can be debuffering for well over a minute if you let it run to capacity. Capturing the shot uncompressed during this time is as simple as hooking up an SDI device, but I'm not sure how advanced the provisions are for automatic cueing of an external device while debuffering slow motion.

I had it for only a day, being due on a long haul flight the following, and I haven't yet characterised critical things like the noise and dynamic range characteristics, which of course are a huge issue at the higher sensitivities required to make slow motion practical without huge lighting. I hope to perform these bench tests soon. Until then, I'm cautiously optimistic. It seems to be an FS100 that goes at 240 frames per second, which may well mean that as the super-shallow depth of field aesthetic becomes tired, the next thing we'll see in every third Vimeo clip is things that usually happen quickly, happening a bit less quickly.

Here's a short film I captured with the FS700, showcasing the slow motion capabilities.