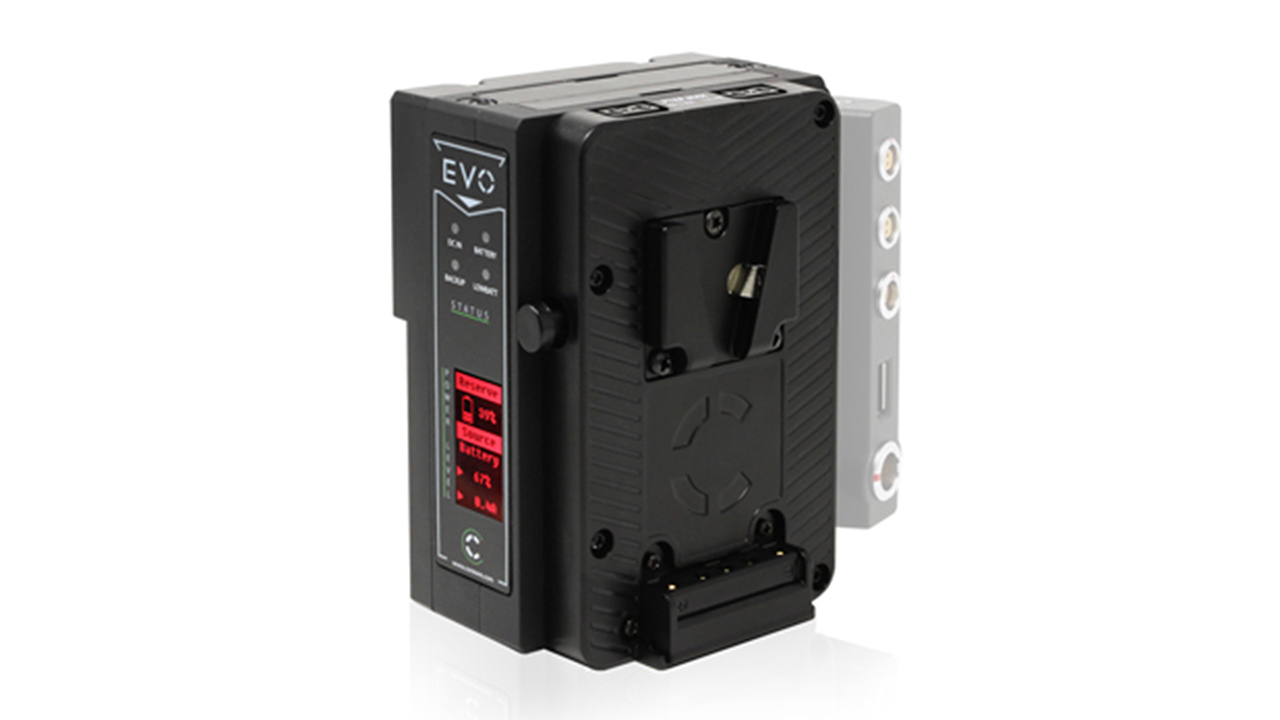 Review: The headline purpose of Core SWX’s JetPack Evo is to provide a small power reservoir to keep things running during battery swaps. If you have a camera that starts up in the blink of an eye and clients who don’t react with alarm and dismay every time the monitor image goes away, this will be of no interest. For everyone else, read on – in fact, read on anyway, as the Evo has some other neat tricks up its sleeve too.

The Evo is, as the title hints, based on the company’s existing JetPack power distribution unit, which sits on the back of a camera and provides a variety of power connectors. The JetPack Evo is available in a few different arrangements, designed either to bolt directly onto the back of Red DSMC2 cameras or with male and female battery plates on either side so it can simply sit between the battery and the camera. Certain battery plates tolerate this better than others and it’s best to bolt the thing down where that’s physically possible; certainly, avoid stacking more than one accessory on the back using just battery latching plates. 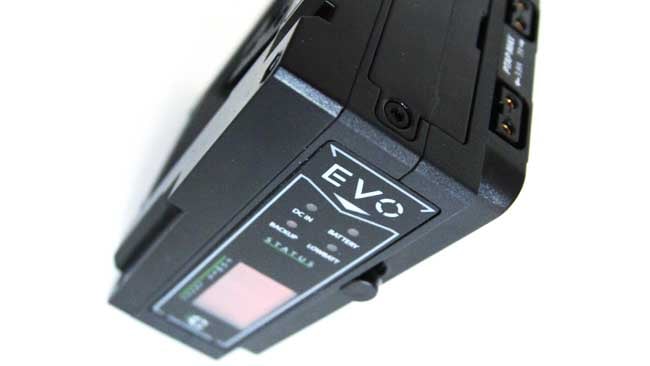 The version I'm looking at has V-mount plates on both sides. The company offers an alternative it calls 3-stud, which is presumably a cautious way of avoiding the phrase “Anton/Bauer gold mount”. The little backup battery is a 29 watt-hour pack that’s interchangeable given the removal of a couple of screws. It’s not intended to be changed in the field, really, but can easily be swapped out once the cells start to fade. It does seem as if that neat removable module might contribute a bit to the bulk, but the whole Evo is no bigger in outline and barely deeper than a single one of Core’s admirably compact Neo 9 Mini batteries, which is seen demonstrated with it in these pictures. The Evo is probably slightly heavier than one of those batteries, with no accessory connectors mounted. 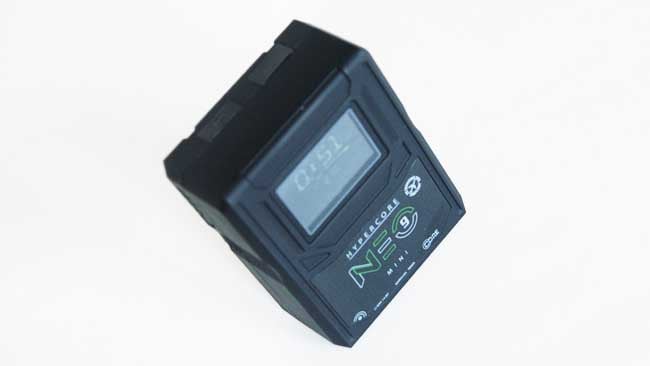 Core SWX supplied the Hypercore Neo 9 mini to go with the Evo — they're about the same size, though the battery is a shade lighter.

29 watt-hours doesn’t sound like much and it isn’t; the device gives a two-minute countdown after the power goes away. The little LCD display on the side shows the countdown, flashing its red backlight as a warning. It also gives a reading of current power consumption across both the main power and any accessory connectors. That’s information that will surprise some people; modern rigs can be very thirsty and it’s easy to forget as it’s not usually that easy to measure. 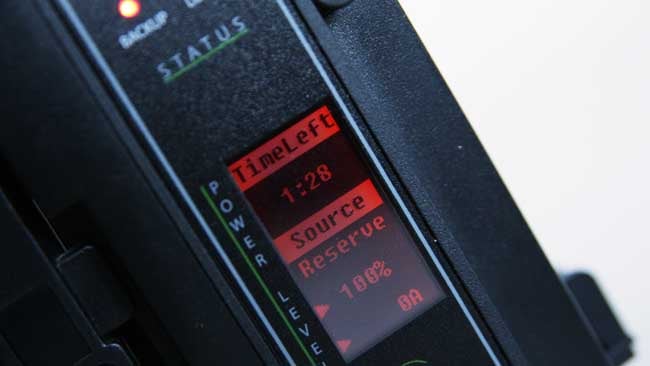 The accessory connector assemblies are currently advertised in four variants:

So, this is not a battery, it’s a bridging device. The internal cells are recharged from the external battery, so there’s no need to put it on a charger. And, really, that’s it. There are no controls nor any need for any controls. It does what it does. 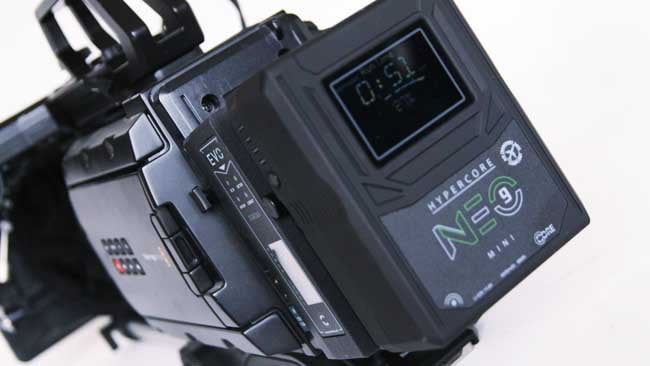 CVP offers the V-mount to V-mount version of the Evo for £758 including tax, which is a lot of money for a 29-watt-hour battery but seems a lot more reasonable when we factor in the connector accessories (around £200 each, depending on configuration). Add the base device and a connector together and it's around the price of Wooden Camera’s D-Box, but we get battery backup too.

It’s a horse for a very specific course perhaps, but it provides power reliability. That’s very welcome for news and documentary people who must get the shot every single time, or for single-camera crews who wait nervously for the director to stop discussing the shot with the people from the agency as the last block on the power meter blinks away.

In short, its tidy.