Enthusiasm for the EOS R5 isn't hyperbole. This is why it's an important camera 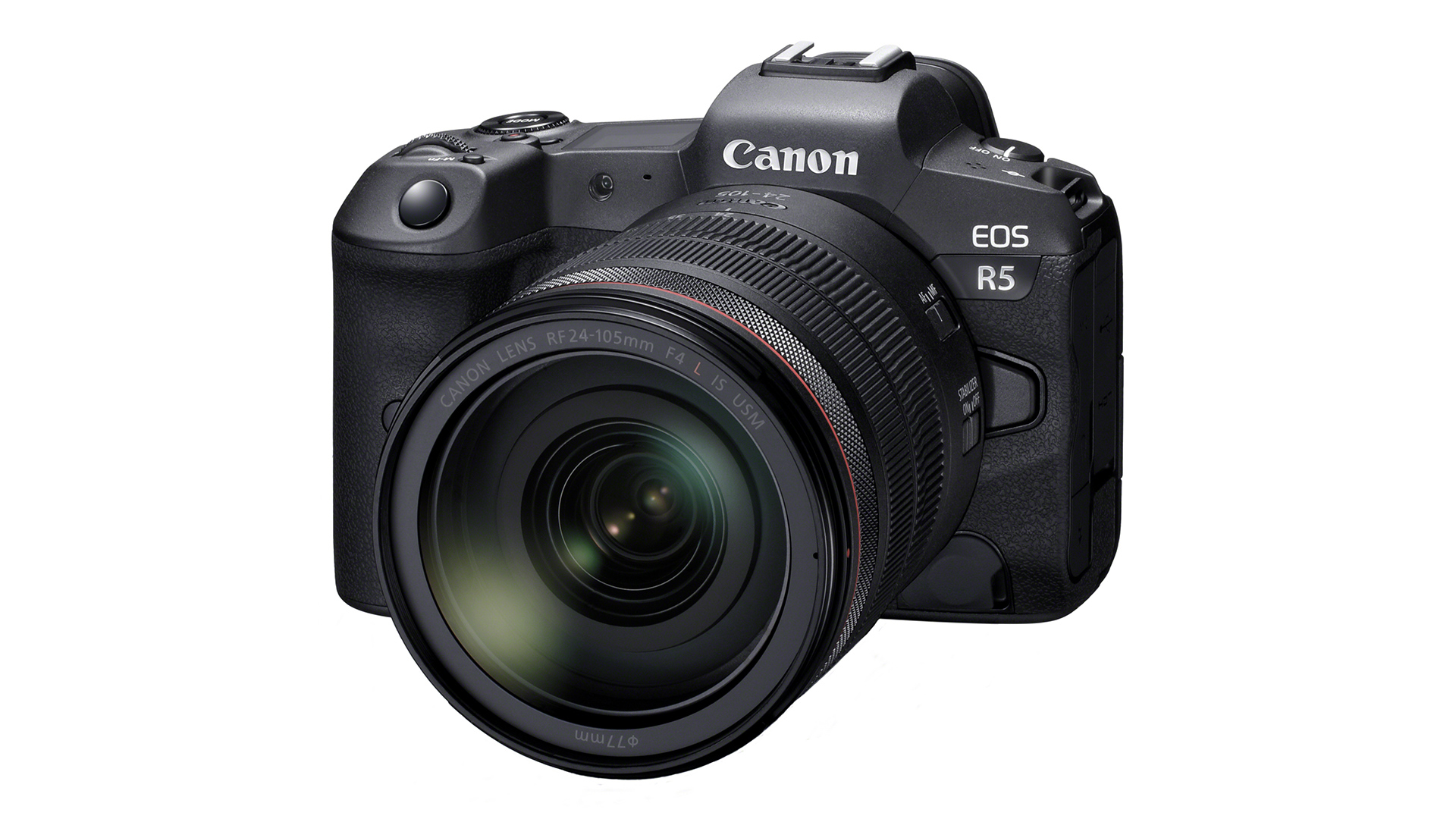 When we talk about 8K we often miss the bigger picture. Here is why the EOS R5 is such an important announcement.

With Canon's recent announcement of the development of the EOS R5, 8K will finally, upon its release, have shifted from something that you need a high end cinema camera to achieve, to something that ordinary folk could potentially afford. Now I say that with the caveat that we don't know its retail price just yet, but it is certain to be in the low thousands.

Of course 8K in a camera is nothing new. RED has been producing cameras that can record at that resolution for long while now, but such cameras are not something you can walk into your local high street camera shop and purchase. For 8K to reach 'critical mass' there needs to be a decent amount of affordable equipment that can do it. The EOS R5 is a big step in that direction.

But it also throws up the question, once again, about whether we really need 8K. Despite the number of times we've discussed the subject on RedShark, it can still be an emotive subject. Some commentators have been dismissing the development of this camera and its 8K abilities as effectively uninteresting. Instead asking why Canon couldn't have focussed more on colour depth, dynamic range, colour gamut, bitrate, and other picture improving aspects.

The important thing to understand here is that none of those individual aspects are mutually exclusive. It is perfectly possible to work to improve all those areas. In fact this is precisely what camera manufacturers generally do with each release. They try to improve the picture on each iteration. If you're going to improve the colorimetry of a 4K camera, there's no reason you can't do it while simultaneously developing an 8K one.

We have covered precisely why much higher resolutions are both beneficial, and perhaps necessary in one of our most read articles. I would urge anyone who is still ardently against higher resolutions to read that piece, and then read it again to be sure that it has been understood. And yet despite the huge gathering of expertise that resulted in that piece, by people who will have forgotten more on the subject than most of us will ever know, the negativity still persists from some quarters using the same age old, disproven, arguments. 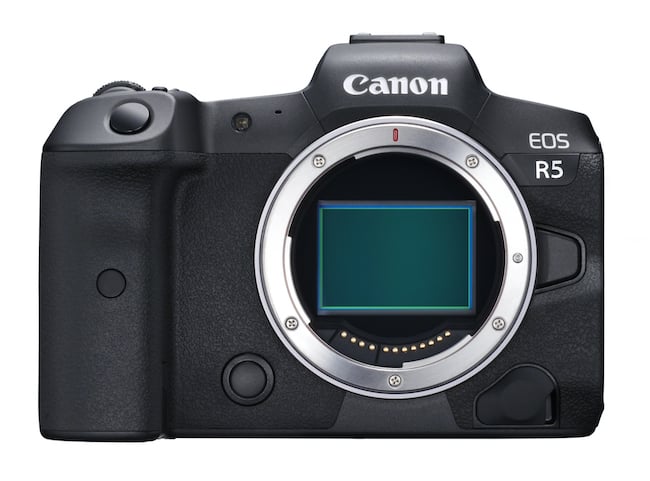 We know a bit about the EOS R5, but we definitely don't know everything.

But aside from all the technical, scientific, and subjective backing for higher resolutions, there's something else that we should all be wary of when discussing announcements like the R5, and that's the fact that we don't have, well, all the facts.

Canon has yet to announce which codec the camera will use, whether it can output a clean signal over HDMI, which bitrates it will employ etc. There's always a tendency to try and assume the worst, even when previous cameras and announcements have produced absolutely brilliant results.

Another aspect to consider is that more *is* usually always better when it comes to video. That can be applied across the board. More colour is better, higher bitrates are usually better, all things being equal, and yes, more resolution is better. If you have a 33MP chip (we don't actually know the pixel count of the R5's chip yet) and you can take a reading for each pixel at 30fps and record it, why not do it? It's up to you whether you use it all, but if you don't you have a lot more picture information to play around with things. Be that reframing (again read the article referenced above), stabilisation, being able to zoom in when outputting to 4K and more.

I'm being very simplistic here I admit. We don't yet know how Canon will derive the 8K picture from the chip, but the fact remains that if you are producing 8K you simply have to be taking 33 megapixels of data every fraction of a second in order to produce a moving image. So we know that the R5 will have at least a 33MP sensor at minimum.

The question of cropping on the R5 has also arisen. But my take on this is that given how the 1DX MkIII will produce full frame video, I would assume the same for the R5. Again the reasons for this are technical and practical. First and foremost is that if it is producing 8K video from a cropped area, then that sensor would have to have a much higher total pixel count. This is perfectly possible given that you can get stills cameras with 47MP sensors already, and in order to derive a decent 8K image it can generally be assumed that it needs to come from a higher pixel count simply by virtue of the need to debayer the colour information from a single sensor. But it is highly doubtful that Canon would be doing this from a centre crop. The fact is, though, we don't yet know how it is being done. 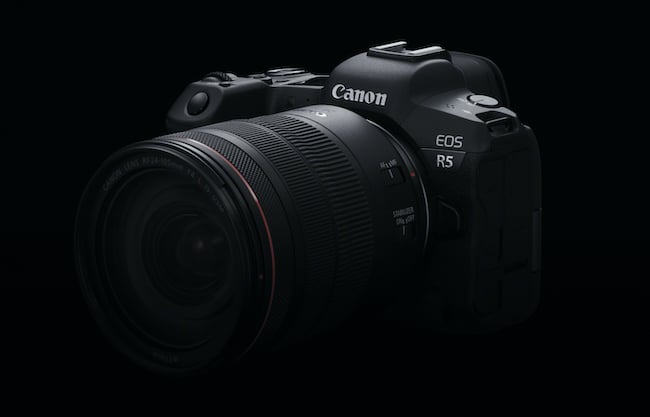 The full specs of the R5 are a mystery, but the benefits of 8K are not.

There's another aspect here that's been overlooked, too. In order to process 8K video imagery at even 24fps is going to require a substantial increase in processing grunt. The increased processing abilities that are going to be needed to get through all this information mean that it bodes well for overall processing when it comes to other aspects of the camera and how it handles picture data.

But there's more. If there was one other stand out I could name from the move to 4K other than simply the move to higher resolution, it's that the advent of the 4K camera brought us higher frame rates. It wasn't until we had cameras that could handle 30fps or even 60fps 4K video that we started seeing truly high slow motion frame rates on cameras.

We now, as a matter of routine, see 120fps in HD as standard on most new cameras, with some going as high as 180fps or even 200fps. Compare this to only a few years ago where 60fps in 1080p was considered to be good slow motion!

Why do I mention this? Because the subject of higher frame rates has also come up as a reason why Canon should focus on aspects other than 8K. We don't yet have all the facts. Canon might well use the opportunity to increase the lower resolution framerates (120fps 4K anyone?) Then again they might not. But because The EOS R5 will be the first 'affordable professional' camera capable of 8K, you can bet your last penny that we will see a slew of new 8K products coming from elsewhere. And if Canon doesn't give you even higher frame rates as a result, you can be sure that others will (I'm looking at you Z-Cam).

Canon is one of the first out of the gate with an 8K camera for potential mass adoption, and it's extremely important because it's started something, not necceserily because of the camera in and of itself. I'll leave you with a comment made by Marco Ruggio in our comments for the 14K article, and it sums up things perfectly,

"More 'k' is inevitable. It will never end. Computing will never stop evolving. We will adjust and adapt. Stories will be good and bad.

The question is: 'What can I do with this device to help tell my story?'"