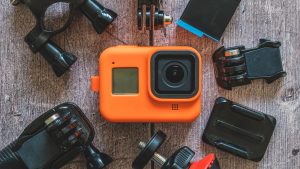 When we think of stock footage you could be fooled into thinking you need a big professional camera system. Think again! With stock footage sites now accepting action camera footage your gateway to making money couldn’t be easier or more creative.

When it comes to stock footage by far one of the most popular categories is for lifestyle, and it’s easy to see why. Those sun kissed shots of beaches, and golden hour views of people enjoying life to the max conjure up all sorts of great feelings, and they are incredibly valuable as stock footage due to the hugely varied way that they can be used. Such shots are often filmed in exotic locations that are not easy to access or to send film crews to quickly, so it makes sense to have access to such footage at the drop of a hat for all sorts of video projects.

In recent years no other type of camera has had the type of impact that devices like the GoPro have had. These tiny cameras can be used in places that can only be dreamed of by others. There is simply no other way to capture the immediacy, the adrenaline, and the perspectives that these cameras allow in all sorts of scenarios, from surfing and kayaking, to rock climbing, parachute jumping, mountain biking, scuba diving, and much more. If you can name an action adventure sport you can be sure that it can be captured with unparalleled viewpoints by these types of cameras.

They can be mounted to helmets, onto chest mounts, mountain bike handlebars, sailing masts, handheld poles, gimbals, quad copters and an absolutely vast number of additional options besides. There is possibly no limit, other than your imagination, as to where such a camera can be mounted or used. And it is precisely this sort of creativity that will make your footage stand out from the crowd and offer immense value to any would be stock footage client. 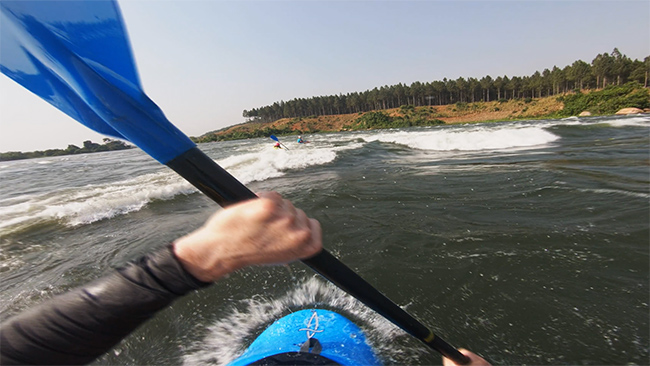 If you've been to a far off land, your action camera footage could be valuable!

Action cameras are no longer the poor relation to their bigger siblings that they once were. Today, the latest generation of cameras allow high bit-rate shooting at full 4K resolution using advanced codecs such as HEVC (H.265), and they even allow full control over picture parameters so that the highest quality possible can be achieved. This includes manual control over exposure, log gammas, and detail adjustments. All of which means that you are in full creative control over the images that are taken with them. Stabilisation has also come a long way with the camera being capable of smoothing out even the most violent of shaking and vibration. In short, today’s action cameras are incredible tiny little powerhouses with a lot of untapped potential.

It goes without saying that they are therefore ideal for a new generation of lifestyle and adventure shots for inclusion into stock footage libraries, and it just so happens that Adobe has recognised this and is now accepting contributions from action camera users to its highly successful Adobe Stock library.

For owners of such equipment this opens up a whole new set of doors for both shooting dedicated footage, and for repurposing those amazing shots that might have been taken on previous trips.

If you are a participant in adventure sports, then you’ll know that the types of amazing angles that are possible can often only be achieved with expert knowledge and skill in that particular activity. And this makes such shots incredibly valuable simply because they require highly specialist expertise to achieve. For athletes who often travel the world to wild and exotic locations for white water kayaking, paragliding, sailing, wing suit flying and much more, the ability to now sell the unique shots that they take to a premium stock footage library is a huge opportunity, and could help fund that next adventure of a lifetime.

Even for people who might not be so adventurous the opportunity is now available to sell some very unique viewpoints, even more so now with handheld three-axis gimbals and other creative ways to make the shots stand out. Drones in particular are gaining popularity now that they can be made so small. This means that they can be transported in the smallest of bags, and be used in the remotest of locations, without any of mobility issues that once restricted the use of such gear. 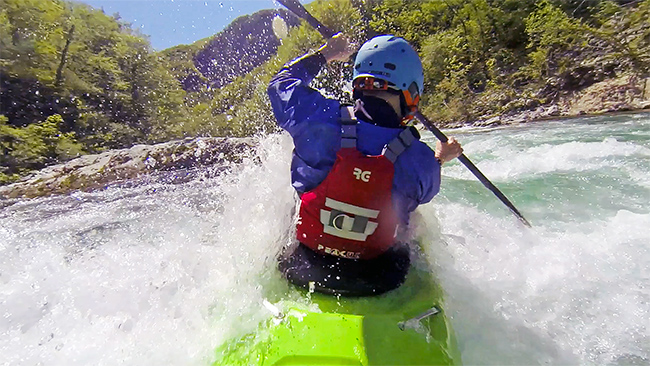 In order to get the best action camera shots for stock, try to think of unique angles that are only possible with such cameras. Think about the unusual things that you can capture. If you are a surfer for example, you can use a selfie stick to really bring the viewer along for the action as you surf through the tube. If you are a white water kayaker the camera can be mounted in various elevated positions on the boat to give a really dynamic perspective as events unfold. Mountain bikers can capture everything from their facial expressions to the movement of gear shifters.

With ultra slow motion capabilities even in 4K, modern action cameras now give you even more power to capture eye-popping action at its most dynamic. Want to safely capture that motocross bike carving right past the lens, dirt flying up all over, with every nuance of the movement there for all to see? It’s no problem for a modern action camera, which can be situated in the best place possible and triggered to record remotely. As time goes on these capabilities are just going to get better and better, and as a result your opportunities to capture such unique and amazing angles will increase too.

If you are an outdoors adventurer who uses an action camera, then there is  no better time or opportunity to monetise the footage that you capture. For more information about how you can start making money as a stock footage contributor, why not head on over to Adobe Stock now to see how you can take your footage to a whole new level of exposure,