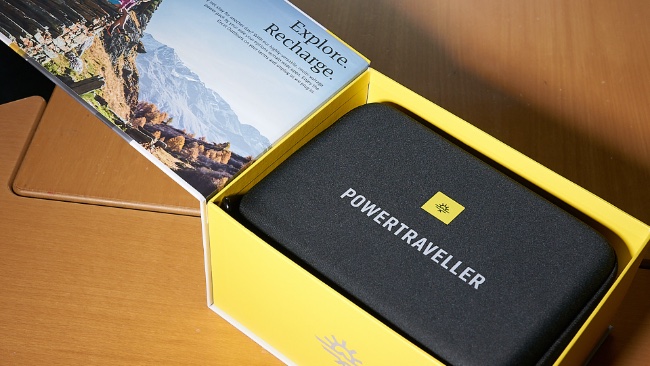 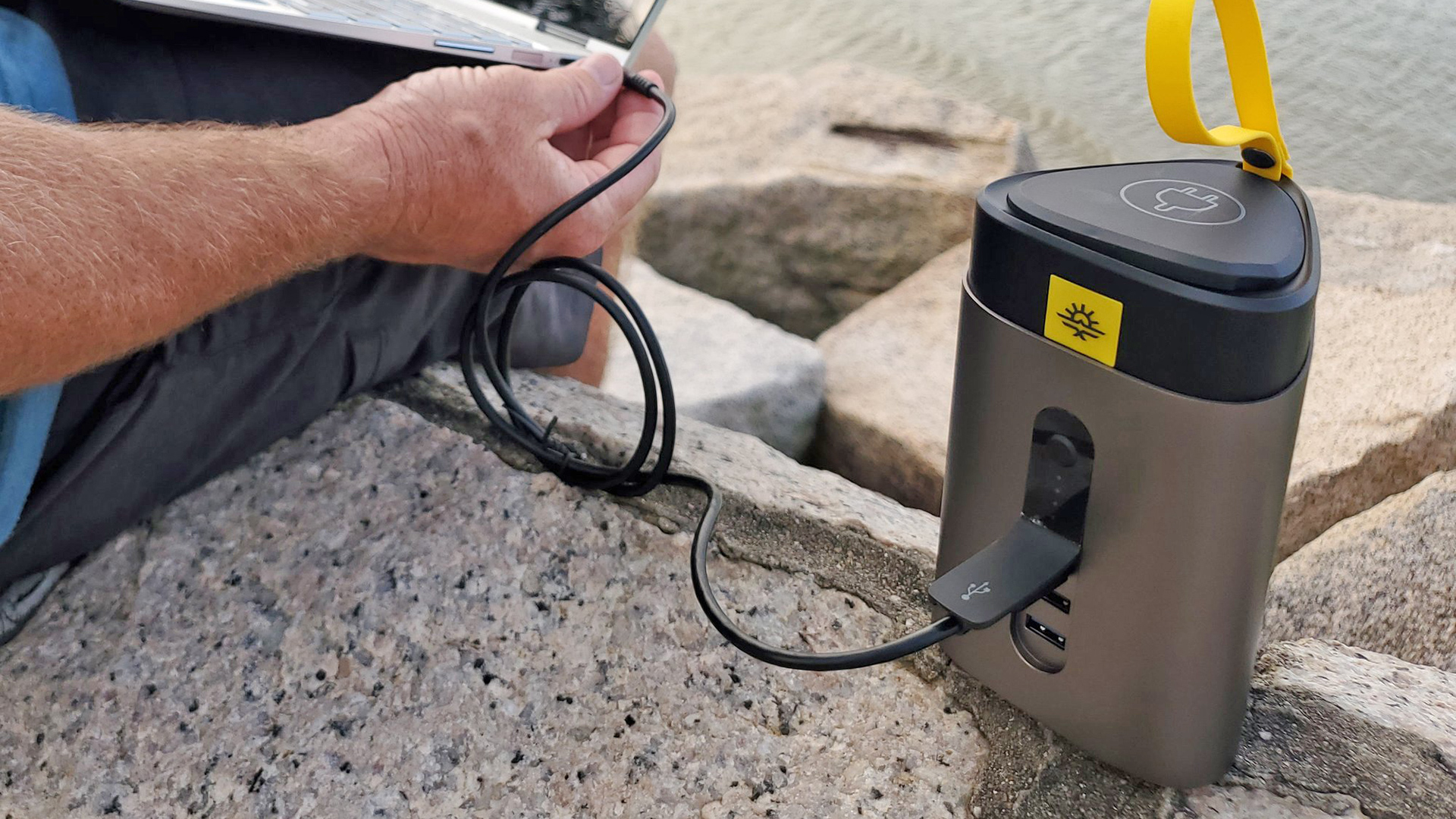 Review: Power on the move is becoming more essential as our devices struggle to keep up with the demands placed on them. The Condor 100 from Powertraveller promises full weather protection and is so powerful it can charge an 80W laptop.

Powertraveller sent me their latest power pack, the hefty Condor 100, a 27000mAh beast in an award-winning aluminium enclosure. The Condor 100 is an auto-sensing power unit that can handle 110V/220V mains electricity-driven equipment as well as 5V devices. It has impressive endurance, reflected by its capability to recharge an 80W laptop.

The Condor 100 is IP65 certified, so it is dust-tight and can handle water jets but it’s not designed to be submerged. It was originally designed to have a rubber carry band, but luckily that has been replaced by a bright yellow rope which is much stronger and will last longer. The Condor 100 is about as big as a good-sized coffee mug and weighs about 950 grammes. That’s not exactly a featherweight, but given that you will carry the unit safely inside a backpack, I guess it’s not too heavy.

The front of the unit has three USB ports. One USB-C type port has a PD (Power Delivery) of up to 45W; the other two are USB-A ports of which the lower one delivers 5V/3A, 9V/2A or 12V/1.5A Quick Charge power and the upper 5V/2.4A. The USB-C port also serves as the input for recharging the Condor 100 itself. The UK AC-power output port sits on top of the unit. For European models, Powertraveller includes a universal AC adapter. The unit’s carry case includes a USB-C cable and an auto-switching USB-C mains charger with a USB-C PD 45W port and a USB 5V/2.4A Smart Charger port and click-on plugs for different countries.

The whole package comes in a sturdy cardboard box that could win a design award in its own right, with the equipment inside — even the adapter — all looking, well, award-winning. Looks can be deceiving, though, so I ran a couple of tests that put the unit under a bit more stress than what you’d normally throw at it and found its performance as award-winning as its design. 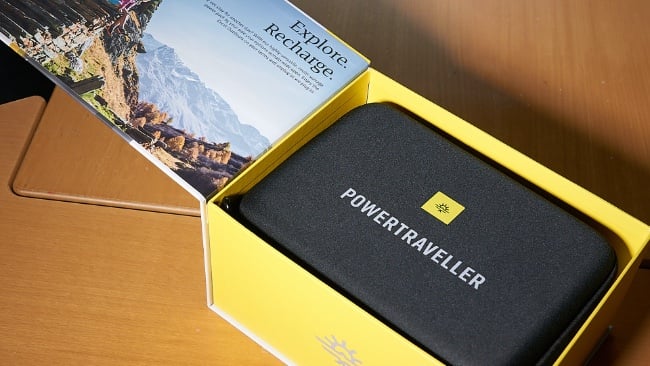 I first charged the unit to its full capacity and then tested with several devices throughout a long weekend. I included two GoPro cameras, a Hahnel Sony NFP battery charger that works on 12V as well as mains electricity, two video lights and even an Apogee Element 24 audio interface using the Condor’s auto-switching 110/220V port.

The unit performed textbook-like, with at one point four units sucking electricity out of as many ports. If you want to charge devices via the USB-C or 5V/2.4V ports, you can just plug in a USB-C cable (with USB-A converter for the lower one) and the ports will automatically supply the appropriate power. It means that you can connect whatever device that’s within the voltage range of the USB-C port and it will only output what is required. If you connect a device that doesn’t support Quick Charge to the Quick charge USB port, the port will function the same as the other USB-A port. 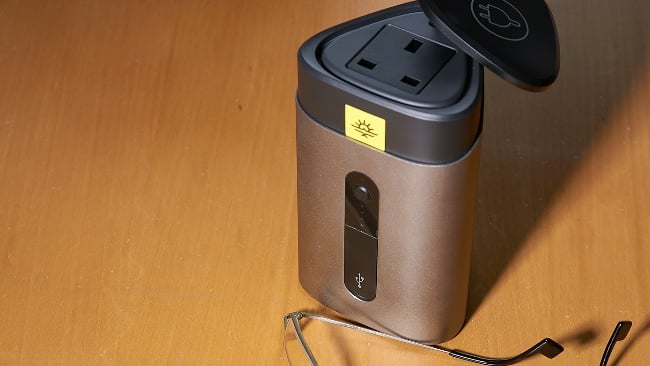 To charge devices via the AC output, you need to press and hold the power button until the upper LED glows blue. You can then connect your device’s mains charger or plug. Without an AC device to charge within 15 seconds from activating, the Condor will turn itself off.

You can use all ports simultaneously as I did and the maximum output will be 65W, with the AC port being given priority when activated. If the AC device has a high power draw, the USB ports will shut down. When exactly that happens isn’t specified, but with my tests, I never got in that situation.

One thing I was keen to try out was using a Powertraveller Falcon 40 solar panel for charging the Condor 100. For this test, I used the unit until one LED went dark, signifying a quarter of power gone. With a maximum output of a USB port on the Falcon 40 being 5V/3A and under a cloudy sky with sunny spells, it actually took some four hours to get the full-charge LED to glow again. I asked Powertraveller if this was expected and they said that under perfect conditions it would take seven to eight hours to fully recharge and that is more or less what I had calculated it would turn out taking myself from previous experiences with the Falcon 40 during last year’s hot summer.

The Condor 100 costs €239,00. For more information visit the Powertraveller website.