It's about time these important things in video were solved [opinion] 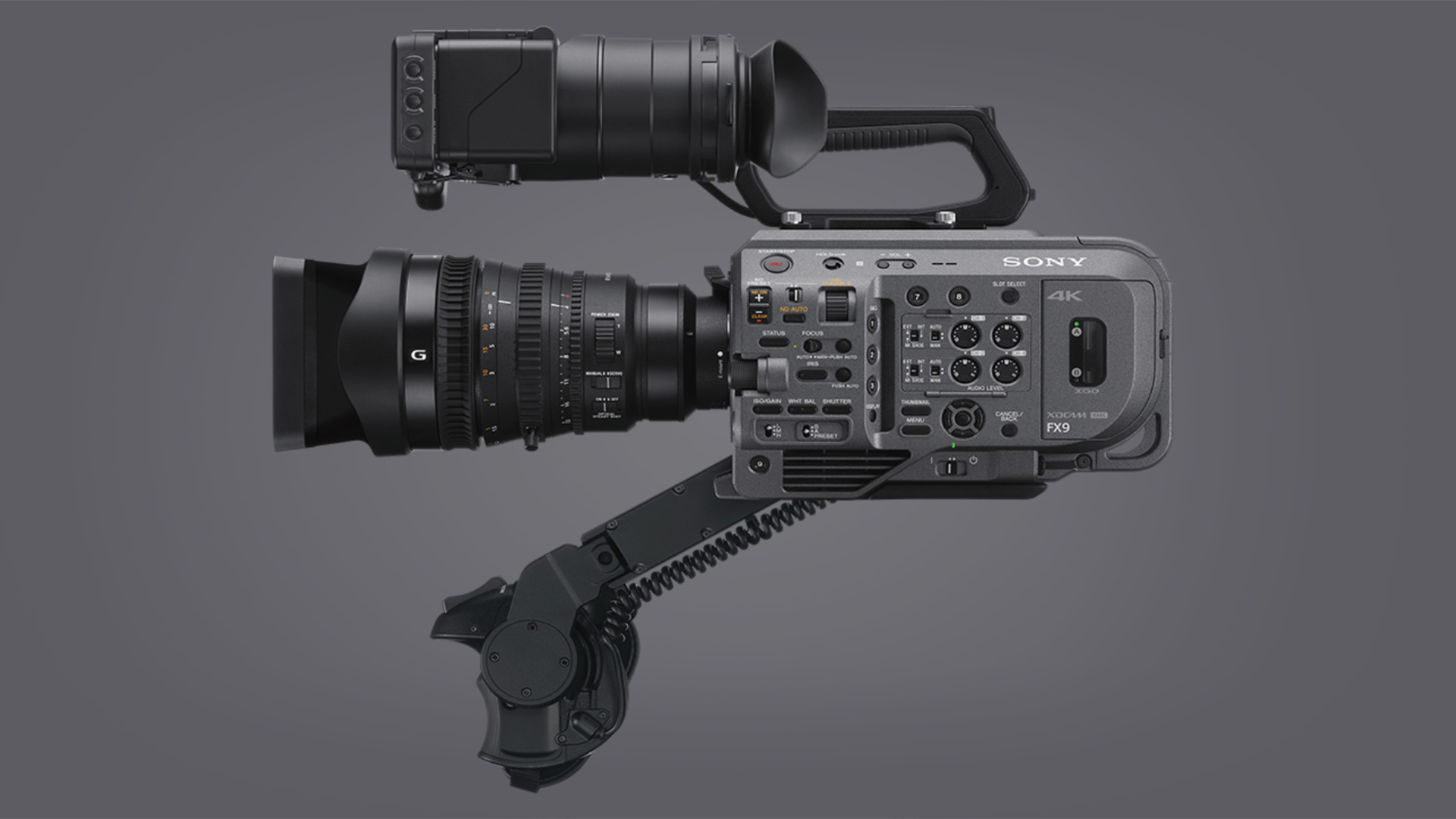 The Sony FX9 has great sensitivity and colour. But could we have even better cameras if the focus was much more on colour than noise performance?

Sometimes it's the small things that count. Here is our wishlist of things that Phil Rhodes hopes might come to true during 2020.

Let’s consider a few other longstanding issues that we’d like to see addressed in 2020.

It’s now possible to produce almost-convincing orchestral composition on computers and send audio files satisfying demanding technical standards around the world in minutes. From a cellphone.

Once it’s time to pay the fees, things still become tricky, possibly because the organisations involved aren’t aware it isn’t 1965 anymore. Ask a music library how much to pay to whom, and they’ll suggest asking a performing rights organisation. Ask the PRO, and they’ll point back at the music library. That’s bad for creators and users, since a lot of people who would happily pay (reasonable) fees are chased away. 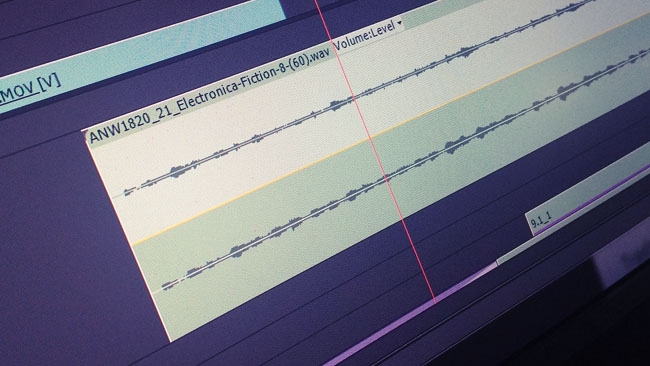 The music industry likes to break down rights into categories and charge for them individually. Some distributors have agreements in place covering some rights. Fees differ depending on the purpose of the production, so that a feature film might attract a lower fee (being art) than the trailer for that feature film (being advertising.) Fees differ depending on where things will be seen, and how many people will see them.

These questions are often unanswerable in the context of the internet. It’s hard to see how this can end well, but for the moment the industry seems happy to cling to the business model of decades hence. There’s very little sign of change on this; even some popular stock sites have now started accepting PRO-affiliated tracks, removing any light at the end of the tunnel.

Cameras that target colorimetry over resolution and sensitivity

It’s only a slight generalisation to say that the highest-end cameras have nicer colour than cheaper ones, but are sometimes less sensitive. Prima facie in this instance is Alexa, often reckoned to be an ISO 800 device in a world where 3200 is not uncommon. Cinema cameras at higher sensitivities exist, but the market leans in the direction of expecting directors of photography with letters after their names to be sufficiently resourced to light accordingly. 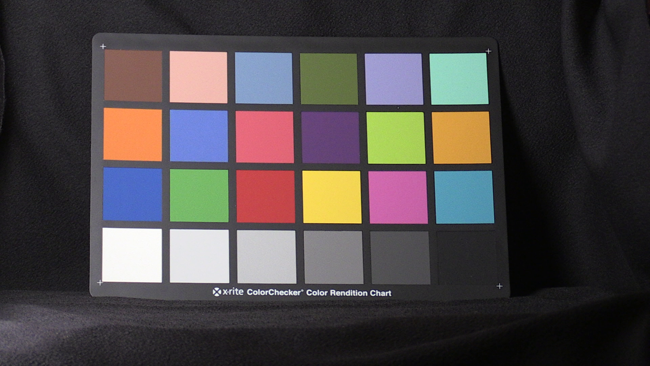 All cameras can separate all these colours quite easily. Start to involve more subtle shades, and things differ, at least in terms of noise floor

We’ve discussed the details before, but one of the reasons this happens – overlooking Arri’s decade-old sensor design – is simple. Deeper colour filters on a Bayer sensor let it see colour more accurately. The downside is that they absorb more light.

With modern sensors achieving huge sensitivities, an option to trade it for better colorimetry on an inexpensive camera would be good. We can get that with an old (non-Bayer, but comparable) F35, but if we want modern features – inbuilt ProRes recording, 4K, high frame rates, light weight and low power consumption – vintage isn’t ideal.

Asking for an FX9 which trades sensitivity for colorimetry is a long shot. Sony won’t risk cannibalising sales of their higher-end camera, and there are other differences in the relevant sensor tech which mean some of the very best cameras give us the best of both worlds. The high ISO setting on a Venice is at ISO 2500. Tech aside, though, it’s time to see a manufacturer push colorimetry as a feature. It would certainly be more convincing than the endless drive for whatever-K-comes-next.

Improvements to After Effects

It’s not clear how much Adobe needs After Effects. It’s very popular and very effective in an extremely specific area, but it’s a safe bet it doesn’t sell as much as Photoshop or Illustrator. Even more tellingly, even they probably don’t sell as much as the PDF tools. From a pure business perspective, AE may be trivial. 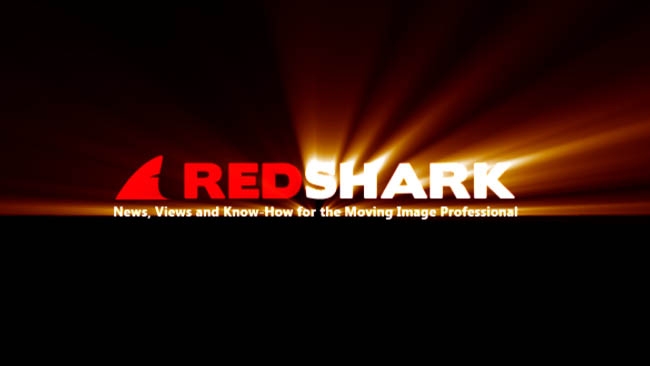 This particular filter was big in about 2005

When Adobe launched its Creative Cloud initiative, AE was already mature software, with the concerns common to mature software. Its behaviour as regards multi-core CPUs and GPUs, and aspects of the internal architecture creaked almost audibly. Progress toward solving these problems has been glacial and AE is still about the same price as ever.

It is not unreasonable, at this point, to suggest that After Effects needs a ground-up rewrite, or at least an extensive internal re-engineering. It is a huge, complex piece of software representing a vast amount of work, and that overhaul has a huge price tag in terms of sheer hours – but it is becoming more and more overdue. If Adobe don’t fill the void, will someone else?

Some people need a super-35mm zoom. Some people need a set of anamorphics. Some people are supergluing 3D-printed focus gears to lenses that were considered cheap in the 1970s. It’s probably a bit grandiose to call the current situation an overall lens shortage, but there’s certainly a demand for midrange glass to do midrange work.

For people not in the five-figure lens market, choices are stark. Stills lenses inflict awful ergonomics, old ENG lenses yield fuzzy edges, and even if we have the money, the most capable zooms are often too bulky for today’s cameras; the Canon 7x17, at nearly three kilos, is bigger and heavier than many Ursa Mini Pro outfits, which is uncomfortable. The Canon 18-80 is a valiant effort, but the capability pales against its bigger brethren.

And the rush for bigger and bigger sensors has exacerbated the situation. This is, for once, not really an issue of commercial choice. Lens availability and pricing is closely related to manufacturing difficulty. It’s not something we expect to be solved, but it’s something we hope will be solved.

TVs are often supplied set to high saturation, brightness and contrast – “kerpow” mode. The main reason for that is apparently so that whichever unit gets pulled out of a box, it’ll compete on the shelf with all the other manufacturers, who will of have done exactly the same thing. 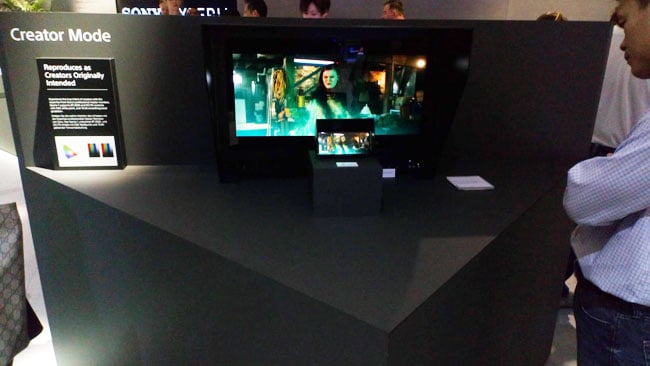 What we really need is a button that causes the display to behave as if the designers had read the standards. Roland Denning said much the same thing in 2015. That’s unlik...

May all the other things on our wish list be right behind it.