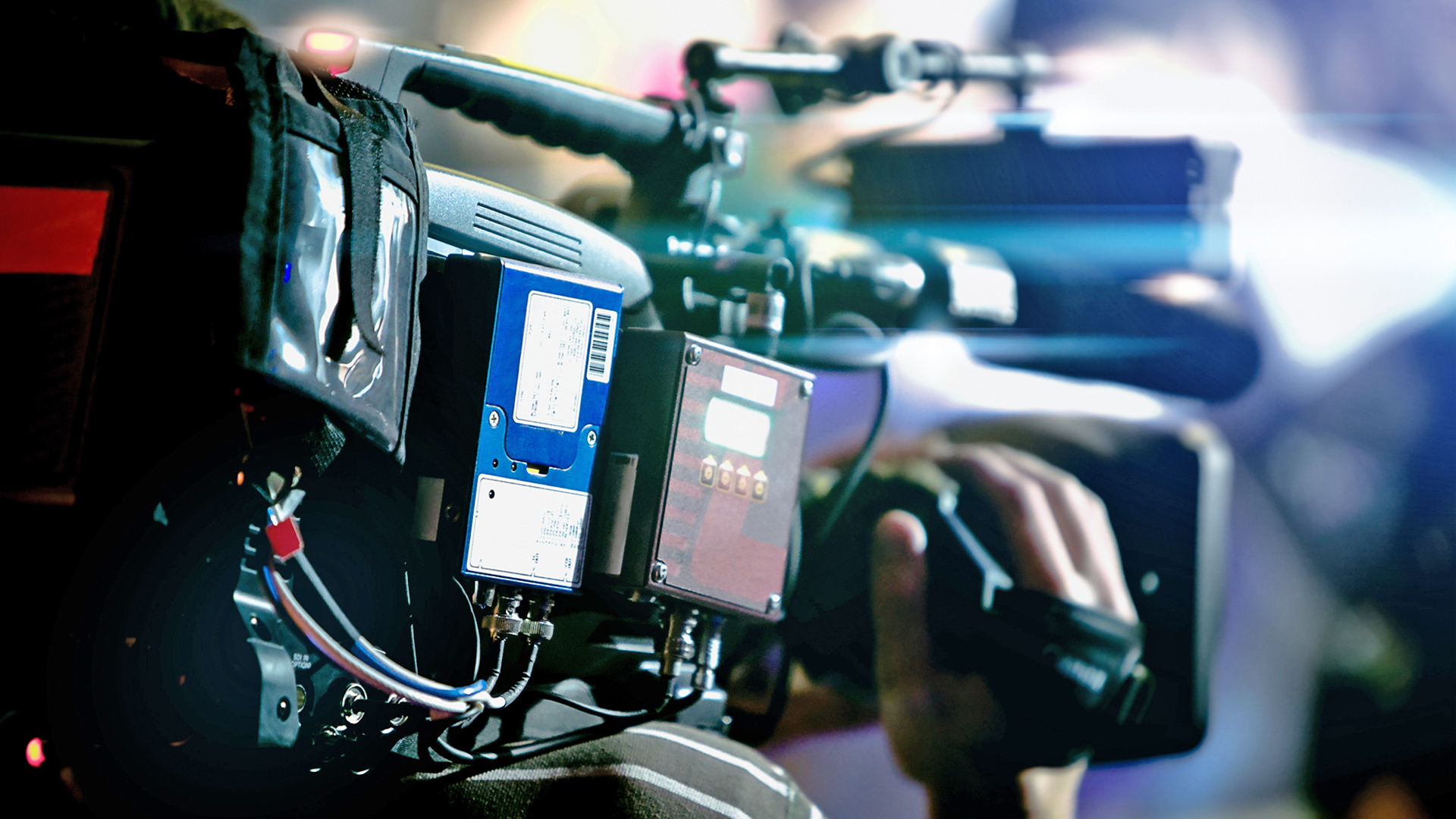 Modern cameras and lighting mean that you can now leave the lighting truck in the garage, and maybe use a good sized car instead.

Somehow, the first quarter of the 21st century seems to have been one of what would once have been big drama shoots getting smaller and simpler. There are all kinds of reasons for that. The staggering complexity of modern workflows isn’t one of them. But if we consider what we’ve gained in better cameras and what we’ve gained in better lights, we get – well – some quite encouraging numbers. 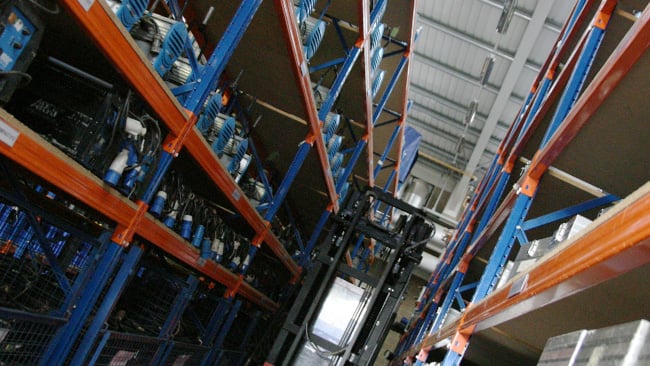 Gear. Many shows still need it, but almost always on a far smaller scale than before. LEDs have kept the prices up, though

The fastest motion picture film ever got was Kodak’s extremely grainy ISO 800 stock numbered 5289, unless you really wanted to shoot 800 in 16mm. The ‘89 stock has not been available since 2004, though, so let’s take 500 as a more reasonable baseline. Qualified opinion has it that the contemporaneous 500 speed Vision2 stock pushed one stop wasn’t any grainier than the 800, which provoked the quiet end of film’s fastest moment; we might reasonably hope that the Vision3 500 option, 5219, is even better.

But this does mean that digital cameras are generally at least a stop or two faster than even the fastest film stocks, since some of them can be shot at 1600 or 3200 with acceptable noise. Certainly less noise than the fastest film stocks. Incidentally, the idea that 35mm negative resolves 4K at these sorts of film speeds is sheer fantasy – your correspondent has quite some months of personal experience working with material comprising of uncompressed scans of a major motion picture which was shot super-35 on 500-speed stock. Beautiful, but high resolution? No, that wasn’t really the idea.

The purpose of this, let’s be clear, is not to reignite the happily-forgotten film versus video debate, but to present a convincing case that we can credit digital cameras with certainly two, perhaps three more stops of real-world, workable sensitivity. Digital cameras were actually introduced at a time when the technology was probably only a stop faster than film, but they have grown in sensitivity by at least that much again since.

Fewer lights also means less of this, fewer people to handle it and fewer vehicles to transport it

It’s a striking coincidence that, at almost the same time, lighting efficiency has improved by about the same amount. Yes, HMI and fluorescent have been available for decades, so perhaps it isn’t quite fair to think of the change as simultaneous with the move to digital. Still, in terms of small lighting, of the sort most used on shoots which need to save money the most, LEDs have made HMI performance a lot more available, flexible and, at the small end of the range, affordable.

Wild claims of LED efficiency are sometimes made which confuse issues of photon-generation efficiency and lamp house optical behaviour. Concentrate any amount of light down to a tiny point and that point will be intense, but the total amount of light is the same. There’s also a compromise to be made over colour quality and efficiency. Cheap DIY-store work lights may have very high output — more per watt than a high-end light built for camerawork — but terrible colour quality. The reality is that most LEDs have around the same to maybe a little better efficiency than a good fluorescent or HMI; conservatively four or generously five or six times the performance of tungsten halogen. 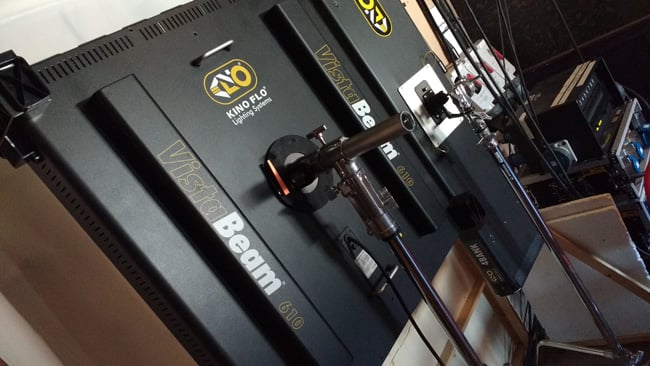 At some point, a large source still needs to be physically large

So, cautiously, cameras are two stops faster and so is lighting. Even with that conservative assessment, that’s one-sixteenth the light, which in reality translates to 3.57 mega truck loads less gear. Some of that is expensive gear such as big HMIs, generator trucks, the people to drive and crew them, the places to park them and the setup time to run all that huge cabling around the place.

Not everyone will choose to leverage the new technology in the same way. Some people will choose to stop down for easier focus and better lens performance. Others might need high frame rates. Others still might prefer a quieter, cleaner image than film could provide at equivalent sensitivity. Perhaps most powerfully, small shows that previously couldn’t have lit a big night exterior can now expand their horizons significantly. The downsides include the fact that it’s now harder to get things to fall off to darkness. Uncontrolled street lights can fill the shadows of that night exterior with screaming orange light much easier than ever before, but in general, it seemed worth a celebration of the fact that what once took a truck and ten people can now be thrown together from the back of a medium-sized car.

Still, take heart, truck drivers of the world: occasionally, the most ambitious among us will decide that the only way to go is to shoot a very large frame and doing that, of course, resets us more or less back to where we were in about 1995. 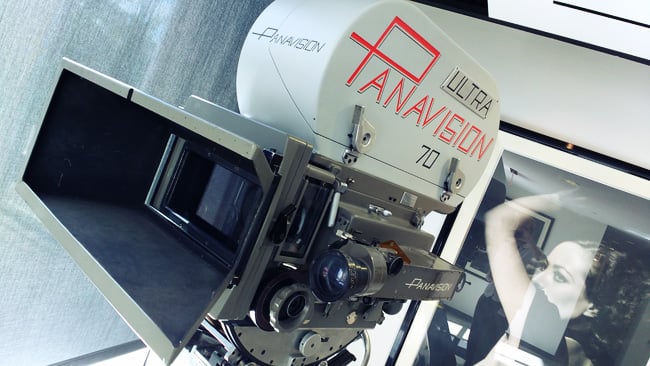