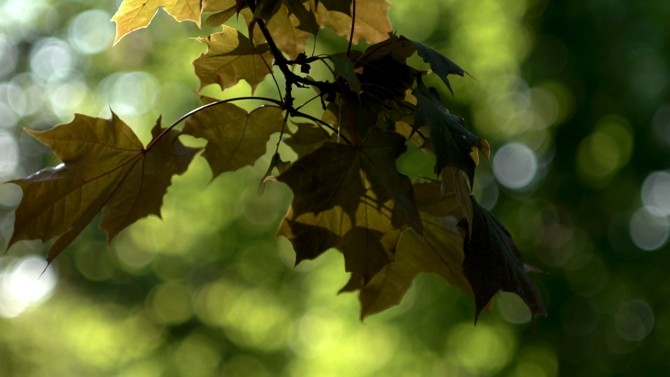 RedShark replay: Uli Plank on how to look for lenses up to 50 years old, and use them with modern, large-sensor cameras.

Part 2 of this article is here

Now that small electronic screens have became good enough and camera processors fast enough, recent camera designs are dispensing with the traditional mirror of (D)SLRs to display the image for framing and focusing. Despite their acronym, so called EVIL cameras (Electronic Viewfinder Interchangeable Lens) are getting close to traditional designs in quality, but save a lot of space between the sensor and the lens. The original lenses made for a mount like Micro Four-Thirds (aka µFT) or Sony's NEX (aka E-mount) are very close to the camera. All older lenses were constructed with the necessary space for a mirror to swing back when the shot was triggered. This space can now be used for a simple mechanical adapter, enabling lot of traditional photographic and cinematographic lenses can be used without any quality loss, since no additional glass is needed.

The very short flange distance might even have been planned deliberately (at least in the case of Sony) to give you a wider choice of adaptable lenses, since in the beginning there wasn't a very large range of NEX lenses. Panasonic and Olympus offer a bigger range, since they developed µFT together, and there are even third party lenses like the excellent manual Voitgländer 25mm 0.95 by Cosina. Motion cameras couldn't make use of the swing-back mirror anyway and modern electronic viewfinders can even be better than traditional designs under low-light conditions.

As well as primarily still-photographic cameras like the Panasonic GH2, with its excellent video quality, both Sony and Panasonic now offer motion picture cameras with large sensors and mirrorless mounts like the FS100 and the AF100. It's quite difficult to adapt modern AF lenses from any other manufacturer, since there are no common standards for their electronics. Birger Engineering has announced relatively expensive adapters for the Canon EOS system, but until now they are not out in the wild. The only adapter for AF mounts is the LA-EA1 to attach Sony/Minolta lenses to NEX, but it doesn't support autofocus and the aperture will make some wild moves whenever you try to change it, making it unsuitable for filming. The new adapter LA-EA2 should fix these problems, but it introduces an extra mirror for phase-detection focusing, which might steal some light.

On the other hand, there are thousands of legacy lenses with manual focus and aperture out there, available quite cheaply on Ebay and other second-hand markets. These can often be adapted without any problems. If you bought a large-sensor camera, you'd probably want to work on scenic productions rather than “run-and-gun”, and manual control of focus and aperture would be preferred in most situations anyway. Chinese manufacturers have jumped on this train very quickly and offer pretty cheap adapters for just about anything ever projecting an image to a film plane. Sometimes precision and sturdiness is only so-so, but better adapters can be found from manufacturers like MTF services in Britain or Novoflex in Germany for higher prices. Whichever adapter you choose, the main question will be the choice of the right lens.

The sensor in µFT cameras is typically twice the size of those in a professional TV camera, but is considerably smaller than 35mm cine, while NEX has exactly the size of traditional film (similar to APS-C). So-called full-frame is larger - but this “full-frame” notion comes from photography, not the movies.

Movie people have always been used to a different set of lenses to still photographers, since traditional SLRs use film with the 35mm perforation sideways, while cine cameras exposed a smaller area with the film running vertically. While the lens doesn’t change its optical character at all, the sensor will use a smaller portion of the image projected by photographic lenses, so you'll get a crop factor. If you relate it to full-frame, NEX will crop by a factor of 1.6 and µFT by 2. A 25mm lens on µFT for example will look like 50mm in photography. While this makes most of the traditional lenses more "telephoto", you'll have the advantage of using the best part of photographic lenses, since most of them are weaker in the corners, showing less resolution and more chromatic aberration.

But you'll be hard pressed finding very wide lenses among legacy glass. HDTV on smaller sensors would need very good lenses for full resolution. But on a large sensor a good SLR lens even from 50 years ago should have no difficulties resolving HDTV, since a fine-grained photographic negative would have gone way beyond that resolution. Lenses with C-mount, made for 16mm cine cameras or 2/3 TV cameras, would not have the needed resolution in most cases and would vignette anyway, showing darker or even black, rounded corners.

Lenses made for Cinema

Prices on Ebay or exchange markets are not as low as a few years ago, but good photographic lenses are still quite affordable, whereas cinema lenses like PL-mount have never been cheap and second-hand offers are hard to find in good condition since the RED One entered the scene. Most professionals would rent such glass anyway. Why are such lenses so expensive? Well, apart from being made for a small market, cine lenses offer very demanding features:

– No (or very little) change of image size while focusing. Such "breathing" wouldn't annoy the photographer, but is quite distracting in film when you shift focus.
– A long focus throw, sometimes close to full circle with very precise distance marks (aka witness marking).
– Aperture ring without distinct clicks to adapt smoothly to changes in exposure.
– No change of length when focusing, so you can use a matte box with filters.
– Geared focus (and even aperture) rings with standardised pitch to connect a follow focus.
– Zoom lenses don't change their aperture or focus when zooming, a characteristic that is called “parfocal”.

By the way, achieving this is very difficult for large zoom ratios, Lenses like this can cost as much as a nice apartment! Some of the cheapest options are 'cinefied' lenses, which are rehoused photographic glass adapted to cinema standards. Duclos lenses for example is offering such services, but they have low production numbers and you'll have to wait in line. I have heard of some Russian manufacturers who do this as well, or at least adapt the famous Lomo lenses from St. Petersburg to PL mount.

No photographic prime lens offers all the features mentioned above, but some come close:

– Breathing can be acceptable with many primes, depending on your needs.
– Focus throw can be improved with follow focus gear, but you'll need to make your own marks.
– Aperture ring can easily be de-clicked by a lens specialist.
– The change of length is limited enough to use them in a matte box for most primes, but macro can be a problem.
– Geared rings can be attached to these lenses for standardised follow focus.
– Some short zooms keep their aperture constant too, but very few are truly parfocal.

In short: good manual photographic primes with some additional modifications are a serious option for cinematic use and even a few zooms too!

So, let's have a look what the second hand market has to offer. But first a few words on classic lenses in general. Their mechanical construction is usually full metal, which makes them very sturdy and they'll probably outlast most of their modern autofocus siblings made from lots of plastics (not even mentioning the incompatibility of future electronics). They are heavier too, so you should make sure that you get extra support for lenses heavier than about 1/2 kilogram, since the mounts on these cameras are not really sturdy (NEX in particular) and the extension by the adapter adds even more force.

You can expect very good resolution and general optical quality from the major brands in lenses from 35mm upwards, but only few lenses wider than that perform as well as modern constructions. The widest lenses offered today don't even have counterparts in legacy glass, while old lenses that are mild to medium telephoto on modern cine sensors can be hidden gems for the budget conscious. Another limitation can be the anti-reflective coating which may not be as good as contemporary materials. For the front lens this can be handled with a matte box, but the rear lens may be a problem. Film emulsion is less reflective than the surface of an electronic sensor, and inner reflections will make some lenses loose contrast when they are used wide open. This is not always a bad thing, since you get a very distinct signature from such lenses that can look quite good in close-ups of faces and avoid the harsh look some folks associate with electronic cinematography. Stopped-down, any good lens will show excellent resolution and contrast anyway.

Part 2 of this article is here