Here's our roundup of display technology at IBC 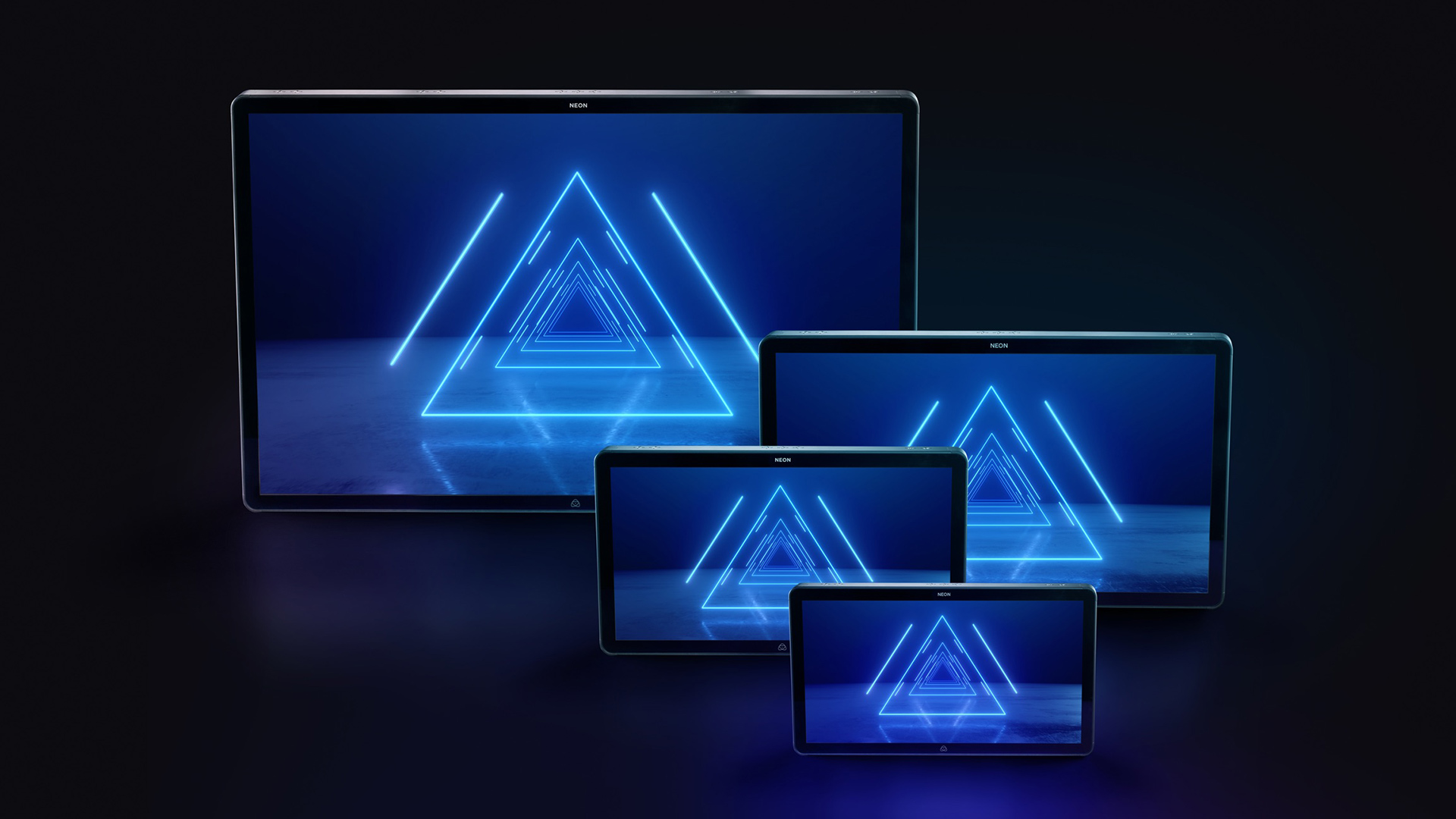 More affordable HDR displays were the name of the game at this year's IBC Show.

When Asus showed its PA32UCX display at NAB in April, the company established a lead in the world of affordable HDR displays (we had a closer look more recently in Berlin). Reasonable, affordable HDR displays represent not so much a gap as a grand canyon in the market, so it's not that surprising to see more contenders pop up at IBC. 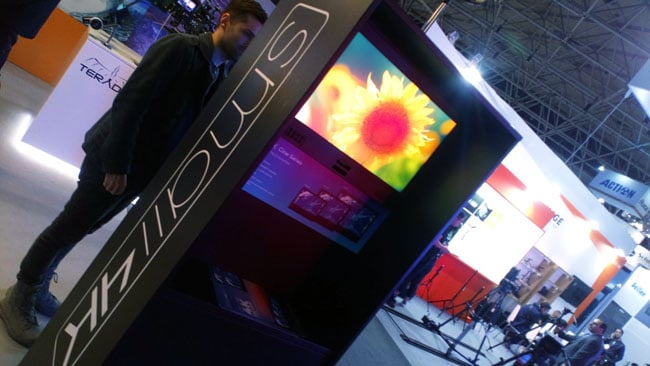 SmallHD goes for 4K HDR. This was a very preliminary demo but looked as good as it could within that consideration

Let's recap the requirements because HDR is often discussed without going over the basics. Good HDR involves bright whites but also dark blacks. Brighter white just means more backlight power, but that'll make the blacks brighter too. A good HDR display has high contrast, not just high brightness, though it usually has brightness too. Most designs also offer increased colour gamut, meaning that the red, green and blue are deeper, allowing the display to achieve deeper colours overall. This immediately creates a contention, because deep and saturated filters absorb more light, effectively dimming the picture. 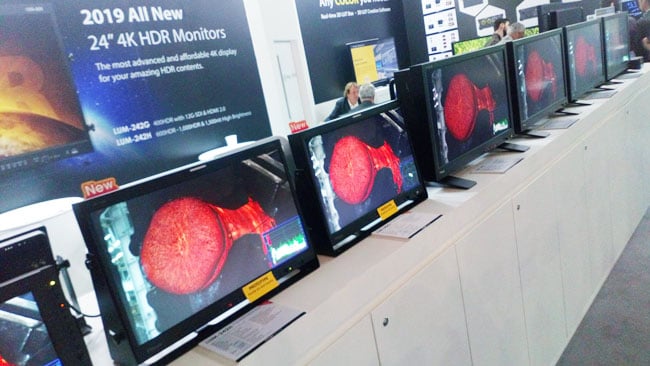 Any time someone invents something, ponder whether quiet-but-capable TVLogic has been doing it for a while 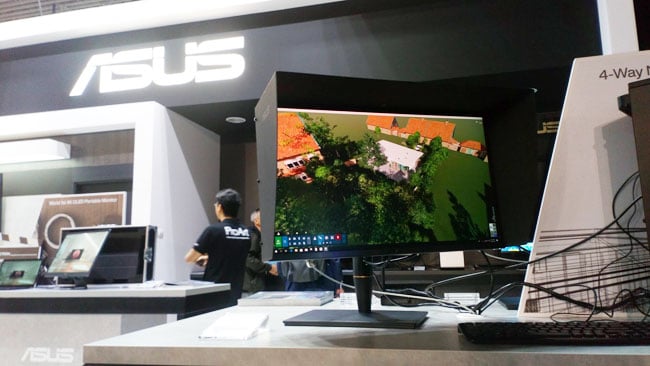 LCD panels vary widely in terms of colour and contrast performance and some are sold as HDR simply by increasing backlight power. The usefulness of this approach varies by application.

Many of the most interesting displays at IBC 2019 use the zoned backlight approach. Asus was, of course, promoting the PA32UCX as part of its ProArt range. We've talked about the PA32 recently, so let's just be aware that it has 1152 backlight zones, equivalent to roughly a 45 by 25 grid, and covers 89% of the Rec. 2020 colour gamut at 1200 nits.

Over on SmallHD's booth, an exhibit appropriately titled “Small4K” showed the company's upcoming Cine and Vision series. The ranges both seemed in a reasonably early stage of development, but it's intended to include 13, 17 and 24-inch options. The Cine series are ruggedised, while the Vision versions involve a 2000-zone, 1500-nit backlight and “114% of DCI-P3.” It's hard to relate that to Rec. 2020 coverage, but it's certainly a reasonably capable panel, or series thereof.

There are four 12Gbps SDI inputs and what the company describes as a “full suite of exposure tools”. SmallHD's software has often been the best in the business and while these tools weren't shown at IBC, expectations are likely to be high. “Two thousand zones” sounds like a lot more than Asus's 1152, but given the fact that it's a two-dimensional grid, it works out to around 60 by 33 assuming the zones are square. 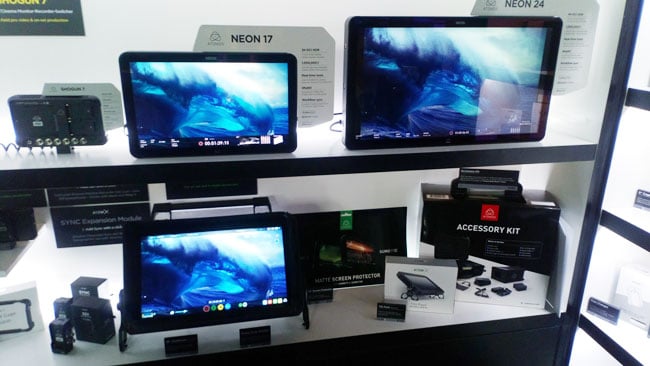 Finally, let's consider Atomos and its widely publicised Neon range. We saw the company's new display for its 7-inch recorders at NAB and were duly impressed; if similar tech is to be deployed on the Neon displays, the results should be interesting. It's worth a quick aside to discuss one issue that's slightly visible in the photo: the big 24” Neon doesn't match the 17” model to its left. This has attracted a bit of comment, but the reality is simple: they were demonstrating different settings, with the 17” in PQ mode, and the 24” mainly working in HLG. Yes, that's an unusual choice to make under the circumstances, but let's be clear that Atomos is capable of making two displays that (at the very least) match in a quick visual assessment on a trade show floor.

There are a vast number of manufacturers making reasonable video monitors in 2019 and we've only scratched the surface here. TVLogic has a display for every day of the week, with the LUM-310R, a 2000-zone, 2000-nit display, technologically comparable to the newcomers from Atomos and SmallHD. IBC and NAB are often precursors of one another which means that some of the basic technology we've seen demonstrated now might become fully-fledged products by April.