These cameras were so full of promise. What happened to them? 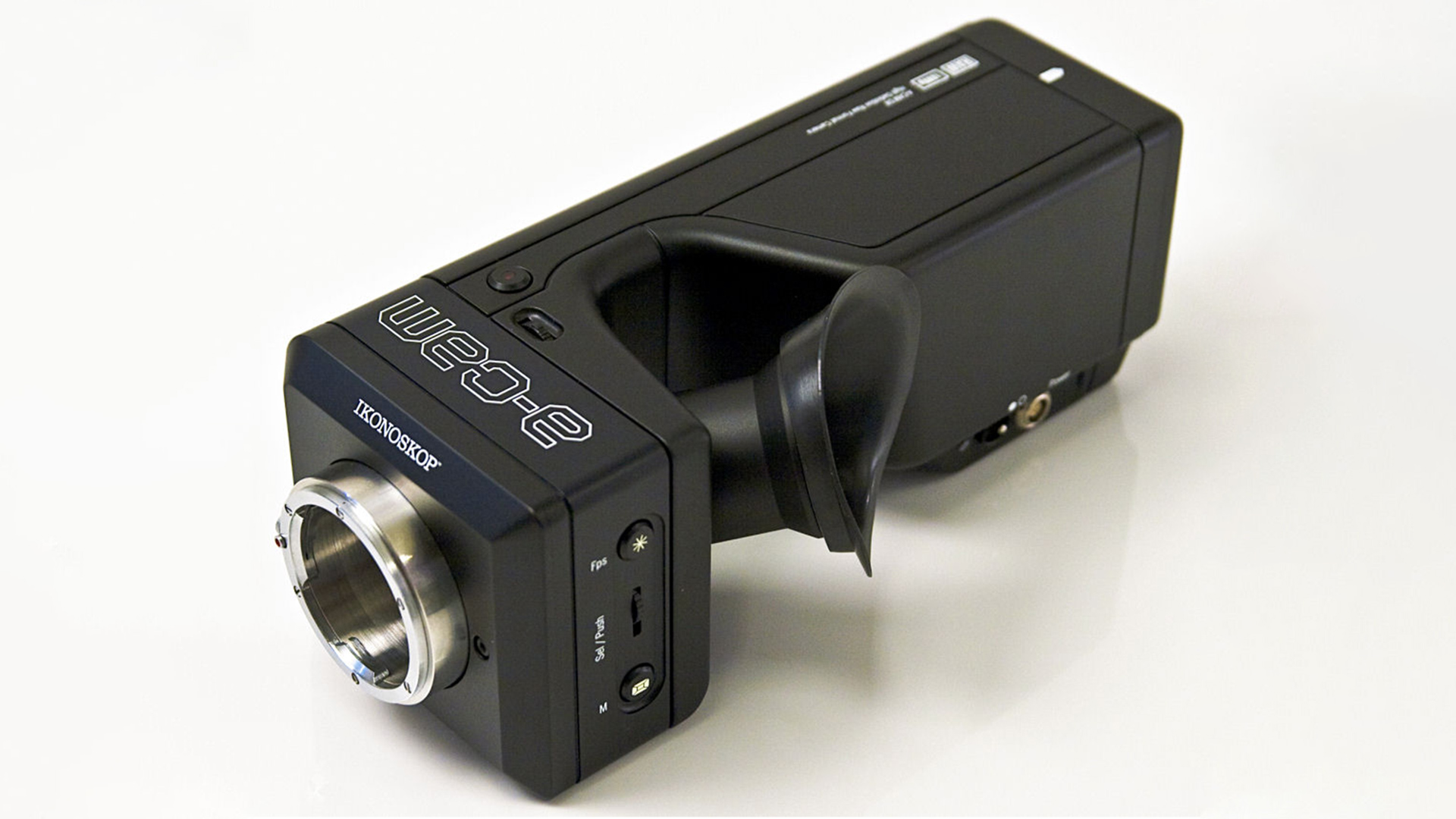 Technology history is littered with the corpses of devices that seemed great, but just didn't make it. In the final part of his series, Phil Rhodes delivers his eulogy for the last decade. We lost some great prospects.

The idea of making a small, highly portable camera in the same vein as the 16mm cameras of the 60s and 70s was picked up in 2011 by Ikonoskop with the A-Cam DII. Less visibly retro than, say, a Digital Bolex, the dogbone-shaped camera shot 12-bit raw HD frames at up to 30fps to proprietary memory cards. It was expensive, nudging five figures at one point. The small 10.6 by 6.6mm sensor was smaller even than a standard 16mm frame, and struggled to exceed ten or eleven stops of dynamic range at an effective speed of ISO 200. Despite all this, it was renowned, again like the Digital Bolex, for attractive images, which stands in the face of the common assumption that nothing less than fifteen stops will do.

Like the Bolex, the A-Cam DII embraced a simple, film-style control layout and general approach to shooting. At such a high price, though, the Ikonoskop camera could not hope to oppose affordable, capable contenders from the likes of Blackmagic. What's interesting is that Blackmagic's cameras were widely viewed as a bit of a surprise, but they seem like a more obvious idea viewed in the context of the contemporary Ikonoskop and Digital Bolex designs. If that competition has cost us an A-Cam DIII or Digital Bolex D35, though, that's a great pity. 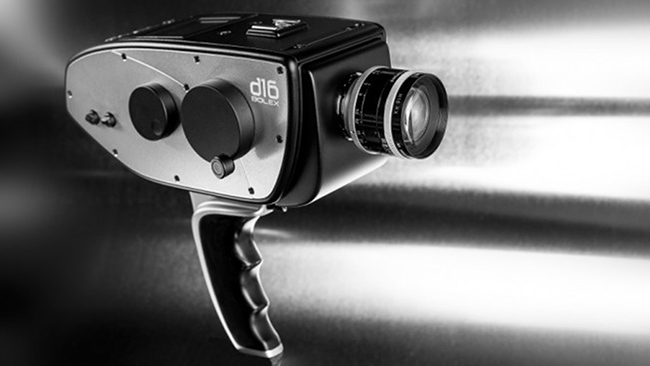 Perhaps better-known than the Ikonoskop project, the Digital Bolex was, in its day, one of the most successful Kickstarter projects ever. The people behind it had sensibly limited numbers to just a hundred for the initial crowdfund, and even then were somewhat behind with delivery. The camera itself, though, was widely admired: with mid-century product design and the Bolex name, it looked the part, and the Kodak CCD sensor (and the internal colour processing) produced images with an unmistakably retro gloss.

It happened at a time when exactly that sort of retro was becoming popular. Witness Leica's recent M10-P ASC edition camera, designed to tie in Leica's determinedly old-school design approach with the upcoming centenary of the ASC. In a world filled to the brim with very capable new tech, people seem to pursue the past almost as a source of legitimacy. Regardless, the Digital Bolex D16 had some very plausible specs for the time: SSD recording, XLR inputs to feed 24-bit, 96KHz soundtracks, and a C mount to support the huge amount of affordable (and occasionally, er, characterful) lenses made decades ago, for 16mm cameras.

The Digital Bolex project did not fail; it built and shipped the original hundred units and more besides, and later went on to release both C-mount primes for the camera, and a monochrome version of the camera. Even so, in June 2016, the company announced that would stop manufacturing cameras. Possibly it would always have been difficult to compete with more recent camera releases given the D16's $3299 introductory price, and there was no apparent attempt to produce a more capable, updated version. Perhaps it was designed to be attractive to the sort of audience who wasn't counting pixels in the first place, so that a better version would defeat the object.

AJA's Cion got many things extremely right in terms of its physical layout, build quality, finishes and choices of materials, the sturdiness of AJA's proprietary media, and even the way it was demonstrated and accessorised. It is in many ways a wonderful device to interact with, befitting AJA's position at the higher end of the market for post gear where the company continues to find great fortune.

The problem is that very few manufacturers of modern digital cinematography cameras make their own sensors. Canon and Sony do, famously, and JVC has owned Altasens for a while. This leaves other would-be camera makers dependent on what's available on the global market for imaging sensors, and it's quite common for sensor and camera manufacturers to sign exclusivity agreements. It is not particularly controversial to say that the sensor chosen for Cion appeared to lack the performance, particularly in dynamic range, of many of its contemporaries.

To be completely fair, Cion has some capabilities which are still unusual a few years after launch, including 120fps 4K to an external recorder, and AJA still has a web presence for the camera on its site. Still, it seems unlikely that sales will have reflected the company's hopes. In 2019, AJA's fortunes seem aligned most with in the world of HDR where a collaboration with Colorfront has borne fruit in the form of of some interesting and capable mastering tools. For anyone who actually used Cion, the regret is often that so much was right about it. 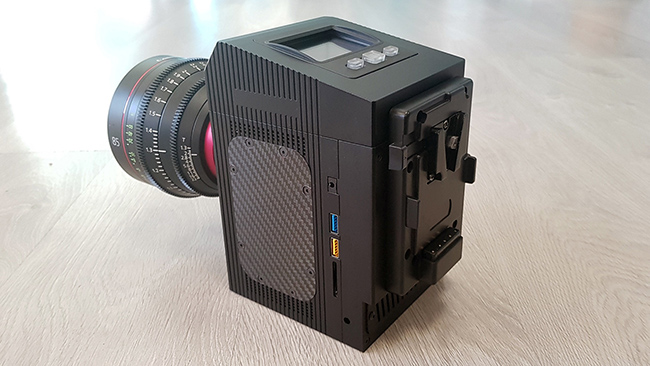 Most recently, the story of Cinemartin and the Fran camera is not a happy one. The camera was clearly sent out for review much, much too early, possibly in an act of desperation. The sensor was absolutely huge, and so was the spec: 48 megapixels on a bigger-than-full-frame chip is an absolutely pan-galactic level of capability, especially with global shutter. In the end, it might have been a megapixel too far: it's impossible to say whether the Fran hardware had the potential for greatness, but the software was a huge let-down, with problems that looked like uncorrected dead pixels and a user interface apparently designed to confound.

Frankly, it looked a bit clippy, a bit lacking in dynamic range, as can sadly be the case with current global-shutter designs, and it isn't clear whether that could ever have been overcome. We will never know. It's possible that the company was simply trying to do too much. Overreach is a dangerous thing, and despite all the problems, the overriding feeling is one of regret over the lost potential. 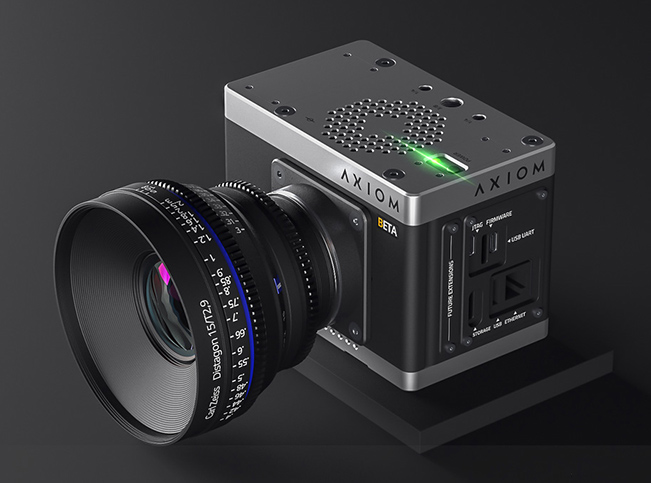 Apertus and its Axiom camera is a project rather than a product, and a child of the open source movement. It features here because the project has existed for “over ten years,” according to the website, and it's still not possible to buy an Axiom camera that's ready for deployment. The participants seem to take more joy in the journey than the destination, and sometimes it's a little difficult to square this sort of approach with their own stated goals. The Axiom Beta is repeatedly described as a “professional digital cinema camera,” but it's hard to find real world photographs of a camera on the Apertus site that doesn't have circuit boards hanging out of it.

The prices Apertus promote for the Axiom camera are ambitious for something which has the spec of an Ursa Mini 4K. They're even more ambitious for something which might possibly have the spec of an Ursa Mini 4K at some indeterminate future point. A lot of fine work is being done by skilled people, and the idea of open source is hard to dislike, but it can often lead to exactly the sort of perpetual-development hell in which the Axiom camera seems doomed to languish. If the goal of a “professional digital camera system” is ever to be fulfilled, someone at Apertus is going to have to specify what version 1.0 should look like and implement it. If that's not what the people on the Apertus project want to do, and if they want to keep developing it just for the thrill of the chase, that's a perfectly legitimate hobby, but it's not a “professional digital camera system.” Finishing things is hard.

There are probably other camera systems that never quite hit the big time. The Thomson Viper and the first, enormous Ursa from Blackmagic barely missed the list. If there's anything obvious that we've overlooked, stick it in the comments and we'll look into it. The sheer amount of effort put into all these projects means there's probably something worth saying about most of them, and there's probably a lot more things out there which deserve their second fifteen minutes of fame.