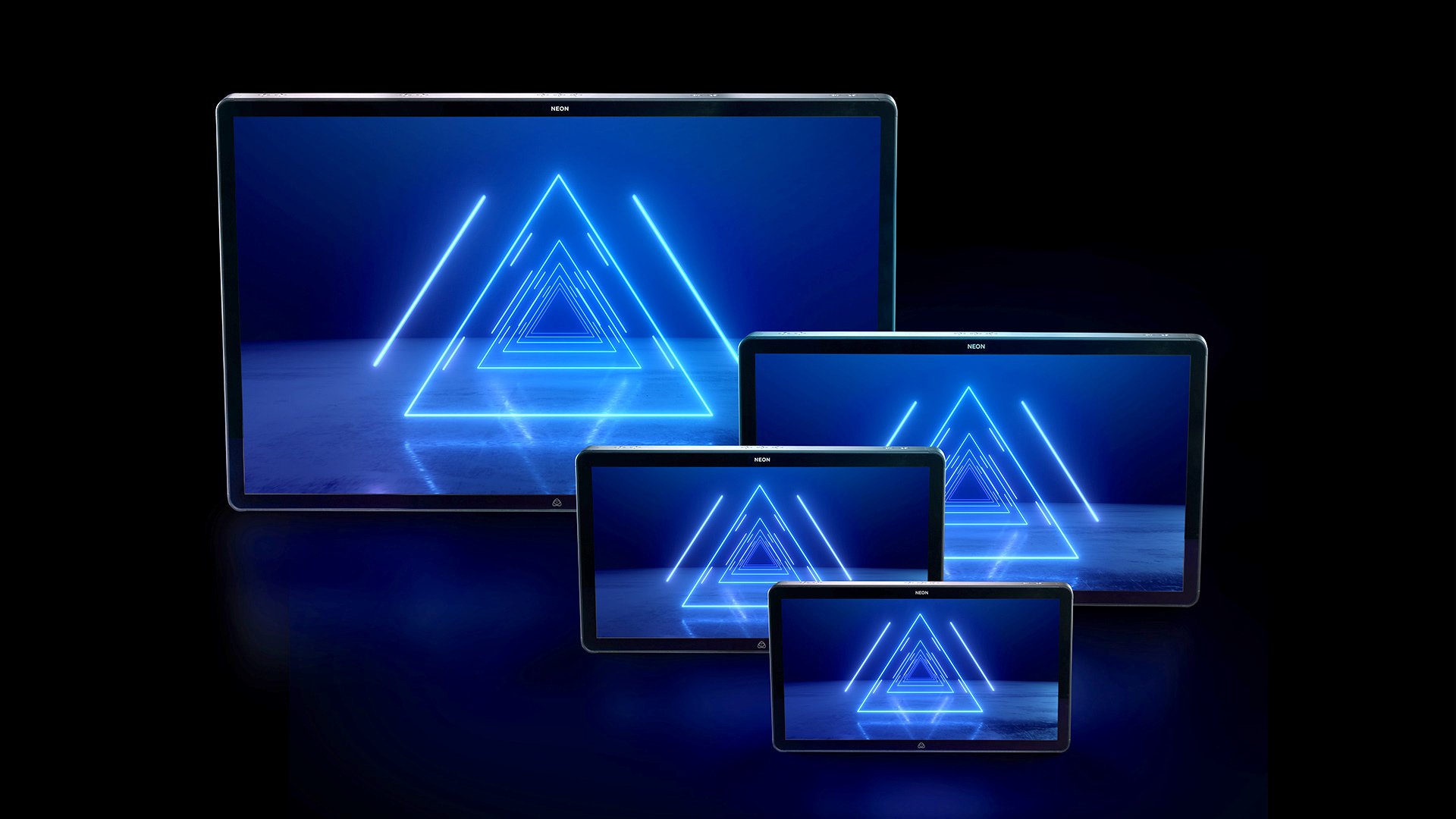 Atomos has just redefined what an on-set monitor can do.

Atomos says that each size has been designed with specific roles in mind. For example the 17" version is suited to focus pulling and as a 'buddy' reference monitor for on-set laptops, while the 24" and 31" are suited for video village usage. The 55" version is designed as a client monitor, for showrooms, and colour graders.

But these new monitors are not simply displays in the same veign as, say the SUMO series. They are a marked departure from anything Atomos has produced before. For a start they are not touch screen displays, so you won't be ruining them with your greasy finger prints. All control and setup functions are taken care of with Bluetooth via the Atomos iOS app. A single app can control the recording, syncing, and playback on over 1000 Neon displays, as well as being able to control assistive functionality such as peaking, calibration, zoom, waveforms, vector scope, LUTs and more. 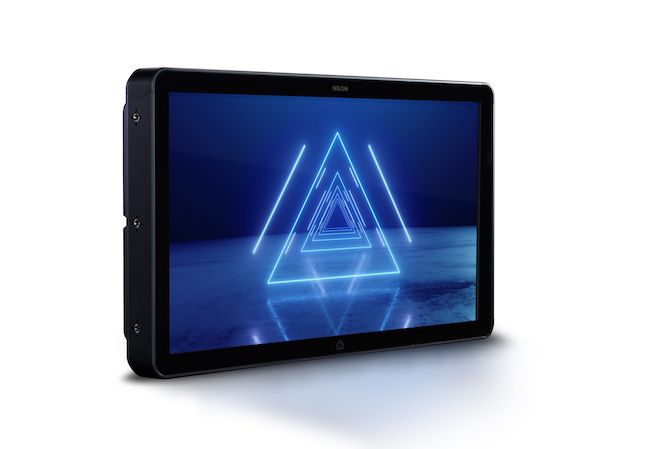 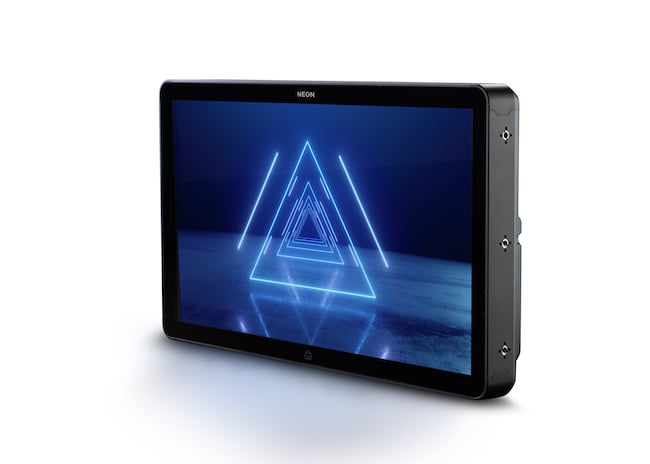 The monitors all support playback of up to 4Kp60 footage in ProRes RAW, ProRes, DNx, and CinemaDNG. If you have the AtomX Sync Module you can frame sync a Neon display and the Ninja V together, which will synch both the video and the metadata.

The AtomOS 10 software within the Neon range enables the devices to output the correct Dolby Vision colour and brightness profiles to whichever Dolby Vision compatible monitor/TV you have to hand, and they can do this while recording.

Following on from the recently released Shogun 7, the new Neons incorporate a similar zone backlighting system, 512 zones to be precise, enabling true HDR, offering one to a million gradations on discrete parts of the image, and 1000nit capability.

But perhaps most interesting is that the Neon range has been designed for upgradability. All of the monitors are controlled by a replaceable Master Control Unit, which can be swapped out at a later date as new technologies and functionality becomes available. Reading between the lines, the implication is that while the monitor itself will always remain a 4K display, the recording system for example could well be upgraded with 6K or 8K capabilities later for example, or as new codecs emerge. 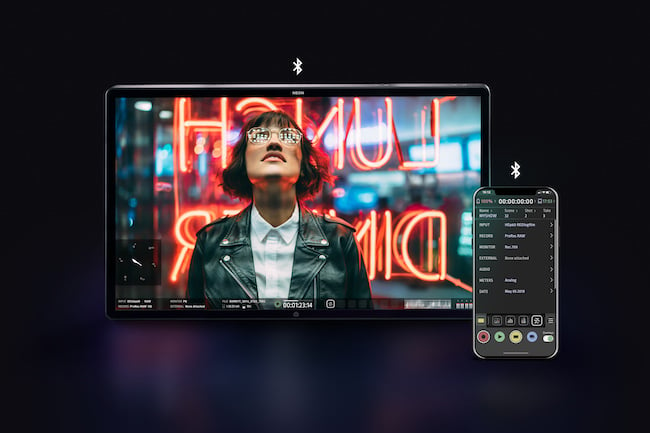 ProRes RAW recording is present and correct, and the devices are also able to record normal ProRes, CinemaDNG, and Avid DNxHD via HDMI, SDI or Quad Link SDI sources.

Durability and general on-set abuse has been considered, which each monitor featuring an aluminium chassis and polycarbonate back plate. The monitors all apart from the 55" will come packed in a watertight, crushproof road case, too. Mounting options are taken care of with VESA mounts, feet for floor or desk viewing, and ARRI edge mounting points.

Whilst this is undoubtedly a big announcement, the Neons are not the only news of the day though. Stand-by for another big announcement later today at 9:30pm BST, 22:30 CEST, 13:30PDT.