Bebob's Micro batteries will last longer than your camera 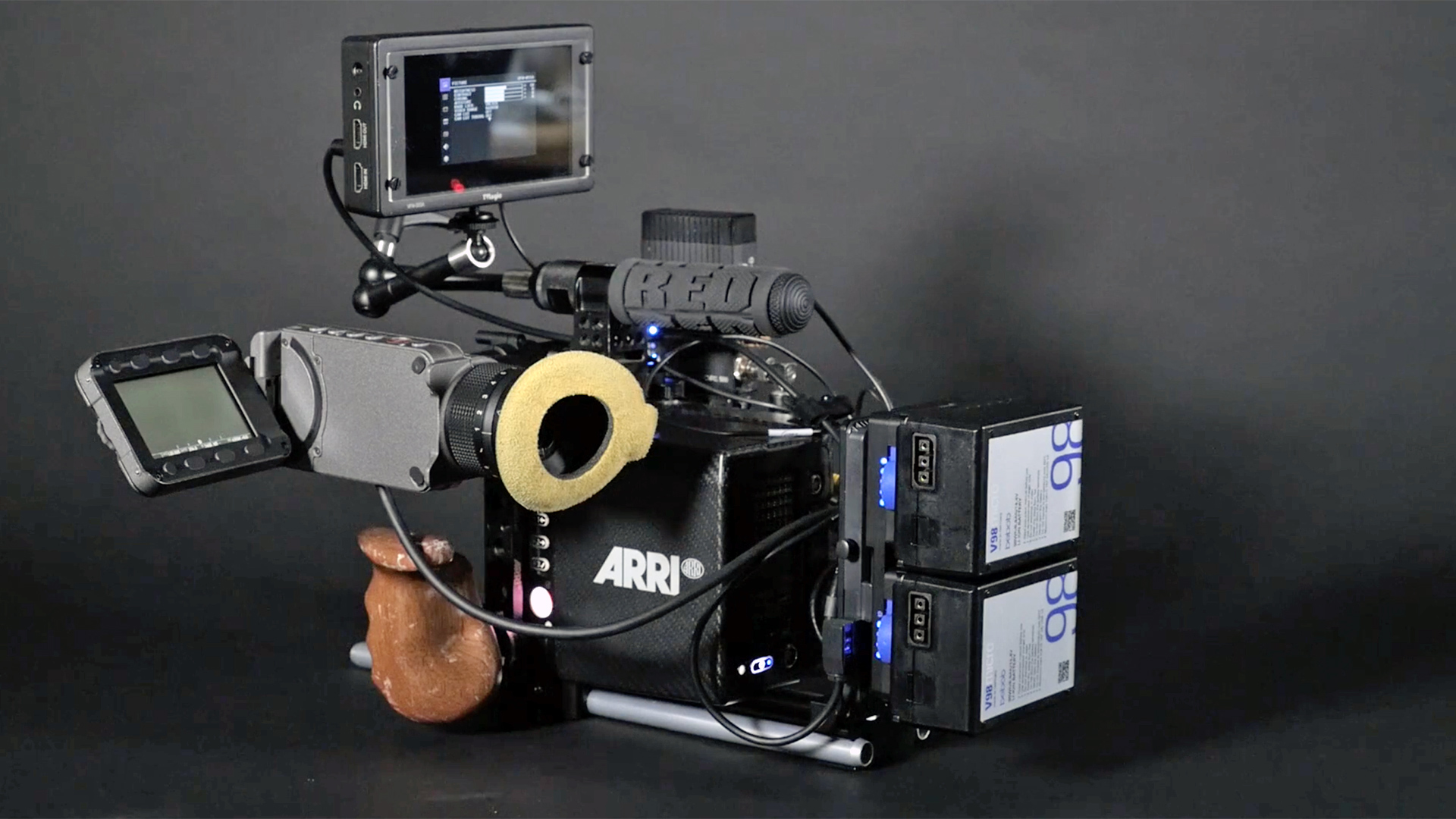 Review: You wouldn't have thought that batteries could be this interesting, but the Micro series from Bebob certainly are. Read on to find out why.

It's something we've said before, but it bears repeating: it doesn't matter how marvellous the technology is if the batteries are flat. At the same time, cameras have become so affordable that batteries might represent 25% of some setups’ value. So today, I'm going to look at some batteries, specifically Bebob's recently-released Micro series, but I'm also going to discuss the basics of capacity, performance and exactly how best to select the boxes in which to store your precious electrons. 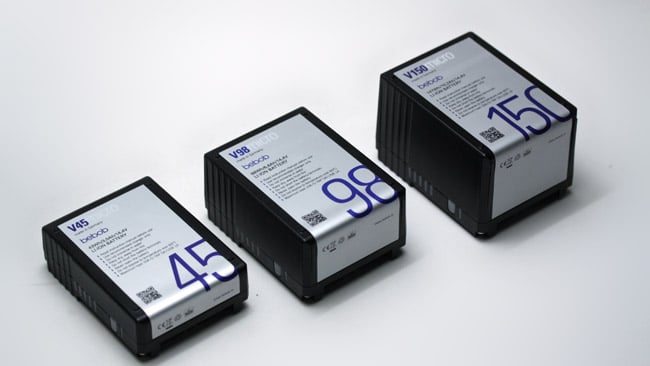 Batteries are typically rated in watt-hours, or, outside the film and TV world they're often rated in amp-hours. Multiply amp-hours by voltage to get watt-hours. Bebob rates their most capable Micro-series battery, the V150, at 10.2Ah and 14.4V for about 147Wh in total. There's usually a bit of wiggle room in these numbers and some really well-made batteries aim a little bit over when new, so that the slight fading of their performance as they age doesn’t take them too far out of spec (but wait until we get to the part about re-celling.) 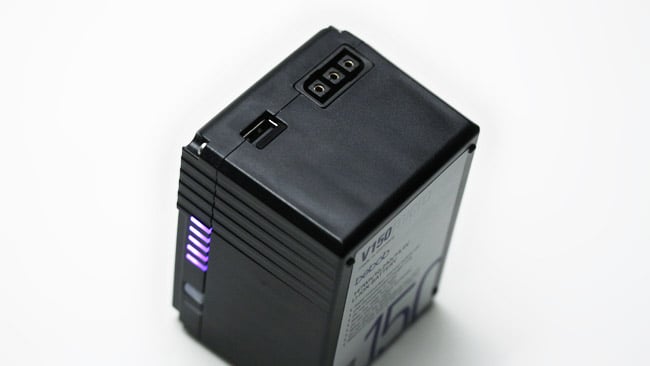 Watt-hours are useful because we usually state the power consumption of our devices in watts. The V150 Micro battery should therefore run a 50W load such as Blackmagic's Ursa Mini Pro (which we'll use as our example in this piece) for about three hours. The load we're applying is considerably less than the rated capacity of the battery – one-third – which makes it a fairly low rate of discharge. In short, with batteries, bigger is better and Bebob supports this sort of thinking with the VMF-VMICRO2 plate which takes two smaller batteries and teams them up, in hot-swappable form, to drive a larger load. 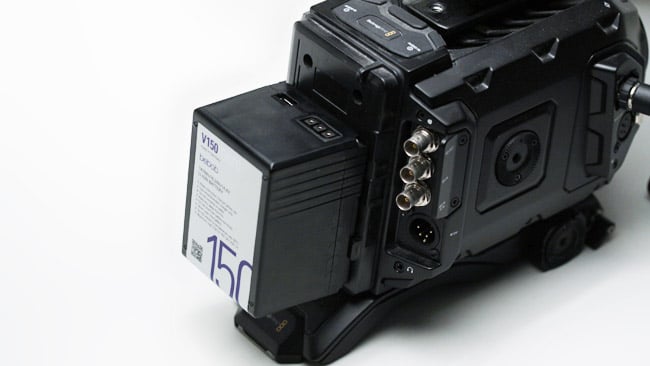 Bebob V150 Micro in its natural habitat. Notice how low the diminutive battery sits on the mount — it occupies only as much space as is mechanically required for the mount to work. They're tiny

Modern cell technology (lithium-ion, basically) minimises capacity drop-off with higher loads because they have very low internal resistance, so these can be quite small effects. Bebob's batteries are all rated to a maximum load of ten amps, so they're all good for over 140 watts on paper. Since they're all rated at the same level, the absolute limit is presumably the contacts in the mount or in the internal electronics rather than the battery cells themselves, but the capacity-versus-load concern will hold true to some degree. One of the reasons to buy quality batteries that use quality cells is that the effect is greatly minimised. That ten-amp maximum load is pretty impressive for a battery like the V45 which is barely bigger than a couple of packs of cards. 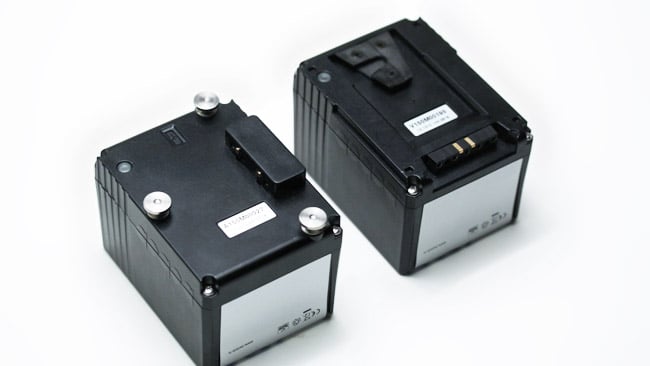 The Micro range is available in both V and Gold mounts

Anyway, all this makes the larger batteries in the range, the V98 or the V150, most suitable for our Ursa Mini Pro (or Amira, or Quasar tube, or any other 50-watt load.) Most big camera batteries can be fast-charged in a couple of hours, almost regardless of their capacity, so long as the charger can handle it. It goes without saying that we need to carry enough batteries to keep fresh ones available, so if we can charge one in two hours and the camera will run for an hour and a half, as the Ursa would on, say, the V98 Micro batteries, we need at least three (one on the camera, two on charge).

If we want to be able to operate for a day away from power, then things become a little more trying. A set of four V150 Micro batteries would theoretically run a 50W camera for twelve hours and be a safe bet for a day's work, especially with cameras like the Ursa Mini that power up reasonably promptly and can sometimes be switched off selectively. Of course, we then need a charger capable of holding four batteries at once for the overnight charge, but that would happily get us through the day.

Bebob's batteries are surprisingly cost-competitive. Competing 150Wh V-mount compact batteries often push past £360 (prices not including tax). Bebob lists the V150 Micro at £271 (given current exchange rates). Batteries are never going to be cheap, but that's a big saving and the features are very complete. Bebob has, in particular, engineered a neat reversible D-tap connector, a 5V USB connector good for an amp, and even a built-in flashlight that's activated with a double-press on the power meter button.

All of these things are nice. The icing on the cake is that the Bebob batteries are held together with screws and are actually designed to be re-celled. It's fairly well known that the chemical gloop that forms the active parts of a cell has a limited lifespan. But many manufacturers take a dim view of people replacing them when they're worn out, possibly because of the safety concerns of highly energetic lithium cell technology – or possibly because of the profit in selling an entirely new one. Bebob's decision to offer re-celling is a great one that reduces e-waste and should apparently allow a battery to be refurbished to as-new capacity for half the cost of a new one.

So not only are they cost-effective, they're a long-term bet and have every conceivable bell and whistle. What's not to like?