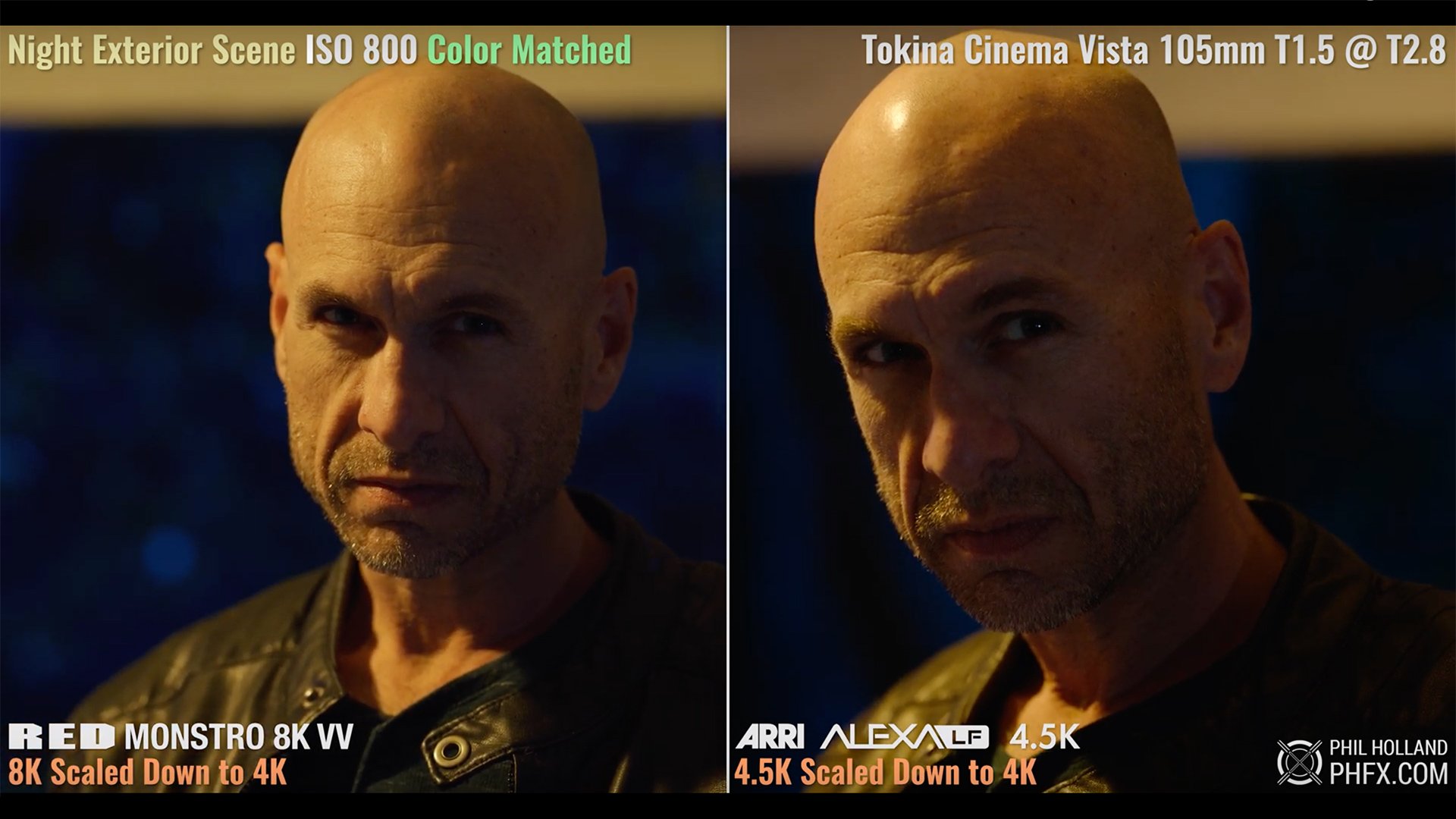 Recently DP Phil Holland drew our attention to this comparison between the RED Monstro 8K VV and Arri's LF ALEXA. It's a comparison that is not the basis of a discussion about which one is better, but rather to demonstrate the differences you might expect to see when working with them, as well as offering information for DPs who may find themselves working with one or the other.

Phil makes an interesting point, however, that while RED has come under flak in the past for producing such high resolution cameras, other manufacturers are now playing catchup and are now releasing their own large format, ultra high resolution models. The advantages of which are shown in the video, should you need to punch in during post.

Phil said this regarding the test "Though I am often finishing in 8K with Monstro, I geared this test towards 4K theatrical production scaling down/down sampling the 8K and 4.5 footage down to a DCI 4K 4096x2160 finish. For RED Monstro 8K VV that means a scaling factor of 50%. For ARRI Alev III LF 4.5K that's about a 92.1% scale, 200% of that gets you the 182.4%. As this is a test and people occasionally punch in on stuff, I'm basically showing what you can get away with and where things fall apart."

Watch the video below and let us know, constructively, what you think. We hope to be interviewing Phil later on in the week for more of his insights working with these cameras, and at such high resolutions. One thing we can say about the test is that this demonstrates that quite often the comparison between cameras often only demonstrates differences rather than an illustration of which one is better. If you can't get a good image out of a modern camera, it's definitely not the tool that's at fault!