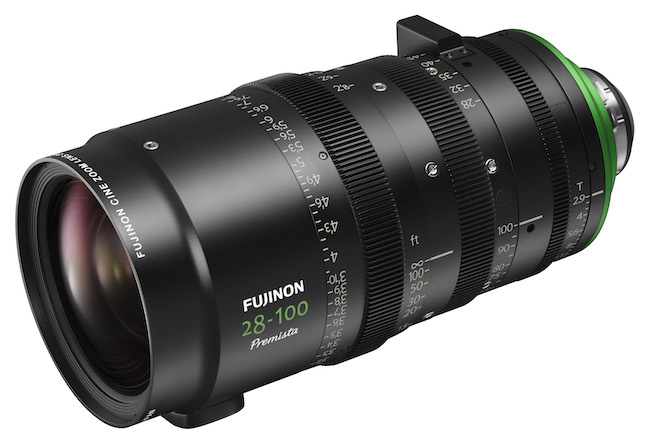 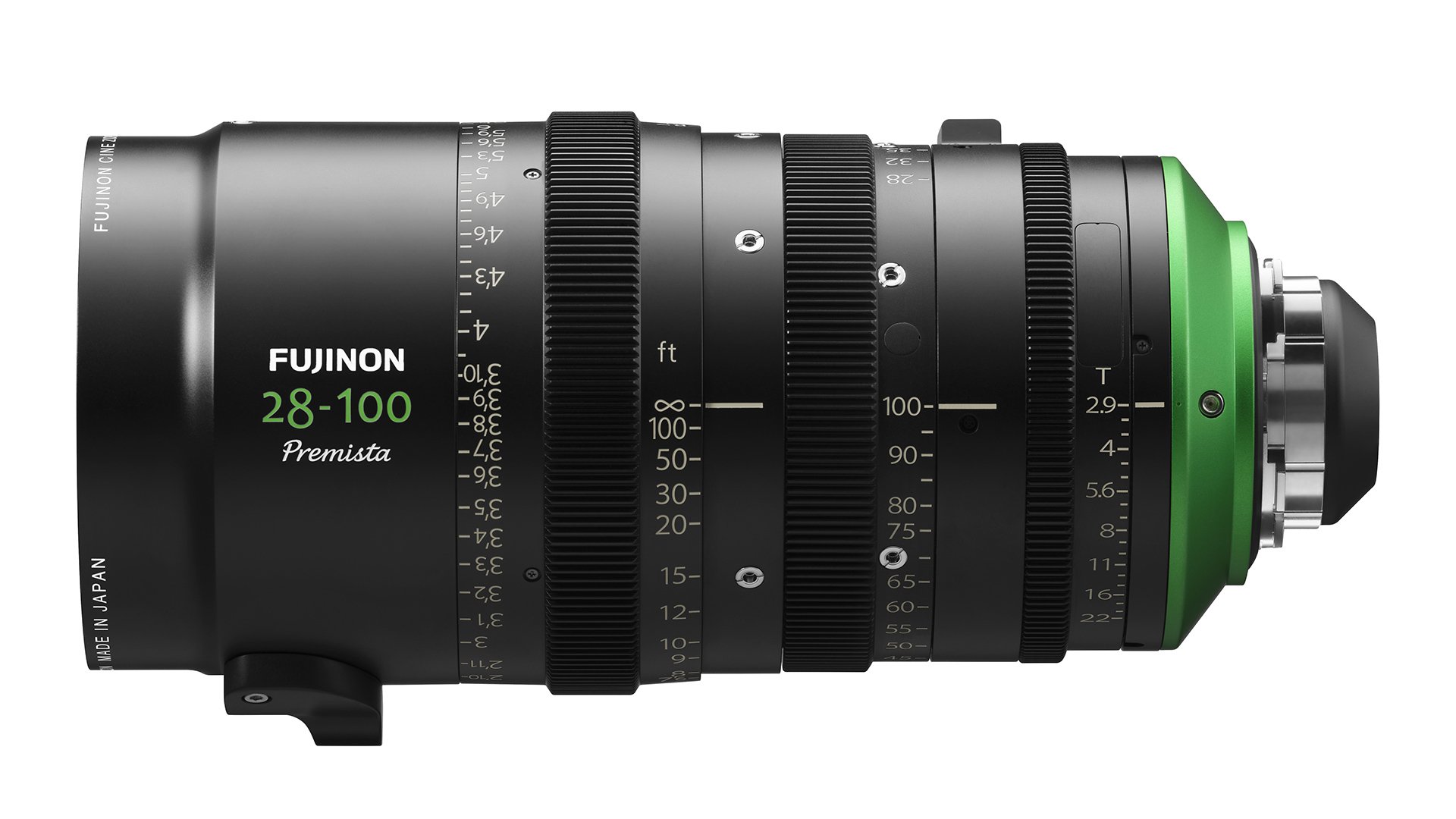 The new Fujinon lenses are all set for the full-frame age with a hugely versatile coverage of the most used focal lengths. By Mart Goossens

Called the Premista range, the new PL mount lenses cover 28mm to 250mm, which would appear to make them a pretty viable option in a documentary scenario. Both lenses are matched for colour behaviour, as well as having identically placed focus, zoom, and iris rings, making lens swaps easy for setups using follow focus wheels and matte boxes.

The latter telephoto zoom stays at a constant T2.9 until 200mm, then ramps gradually to T3.5 towards 250mm. This is actually quite an impressive achievement for such a lens, although the RRP of £30,000 for the 28-100 shows that these lenses are likely to be primarily of rental interest to most mere mortals. 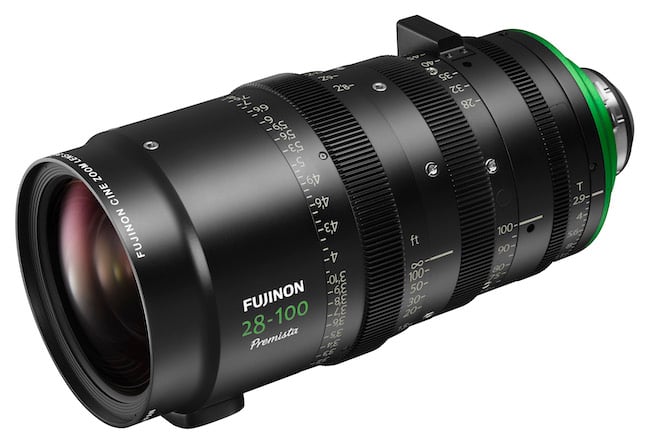 Both lenses cover a minimum image circle of 46.3mm, which means that they provide full coverage of all current sensors used in existing cinema cameras.

At 3.8kg in weight, for people used to smaller cameras or DSLR/mirrorless glass, they might appear heavy. But considering the sensor coverage, consistent aperture, and focal length covered, they could be considered 'light-weight' zooms. This weight specification is actually more impressive when you consider that both lenses weigh the same amount, something that ordinarily might not ring true when it comes to the longer focal lengths.

The new glass is sure to find good use as we see ever increasing numbers of full-frame cameras being released, and should ensure that such devices are practical for much more than just film style shooting, and while a truly long and compact telephoto zoom for full-frame might elude us due to, well, the laws of physics, these new lenses will at least help to keep the majority of lens swap dances to a minimum.