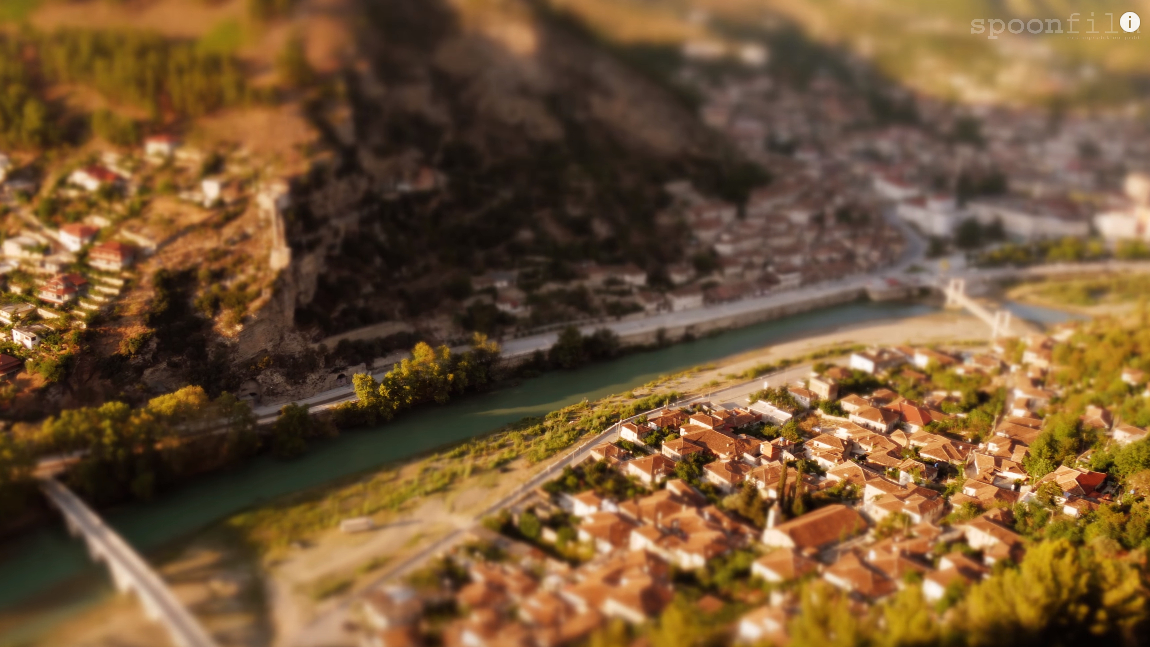 Tilt Shift is a rather niche technique but when it's used effectively the result can be magical, as it is here, in this film shot in the little known European country of Albania

Albania is one of Europe's lesser-known countries. Nestling in the Adriatic sea (part of the greater Mediterranean) it was largely largely hidden from view for decades of the last century. Albania went though some surprising political alliances, including one with Chairman Mao of China, who gifted the tiny country with the world's largest radio transmitter, making the interval signal of Radio Tirana (the capital) a familiar is somewhat unwelcome sound on Europe's Medium Wave, as it interfered with stations like the BBC's Radio One in the UK.

Under the iron-grip of dictator Enver Hoxha (surprisingly pronounced "Hoja"), Albania was in some ways like a European version of North Korea. Which makes it all the more remarkable that today it's in the early stages of becoming a tourist trap. If you live in Europe, it's almost like finding a room in your house that you never knew was there.

Tilt Shift is an enchanting technique that makes people, cars and buildings look like miniatures. Video that uses this method is typically speeded up to accentuate the effect. You can see it in its full glory here. It's a bit of fun, but an oddly compelling visual treat. Do watch it in 4K if you can.