Never overlook the skill of controlling your light 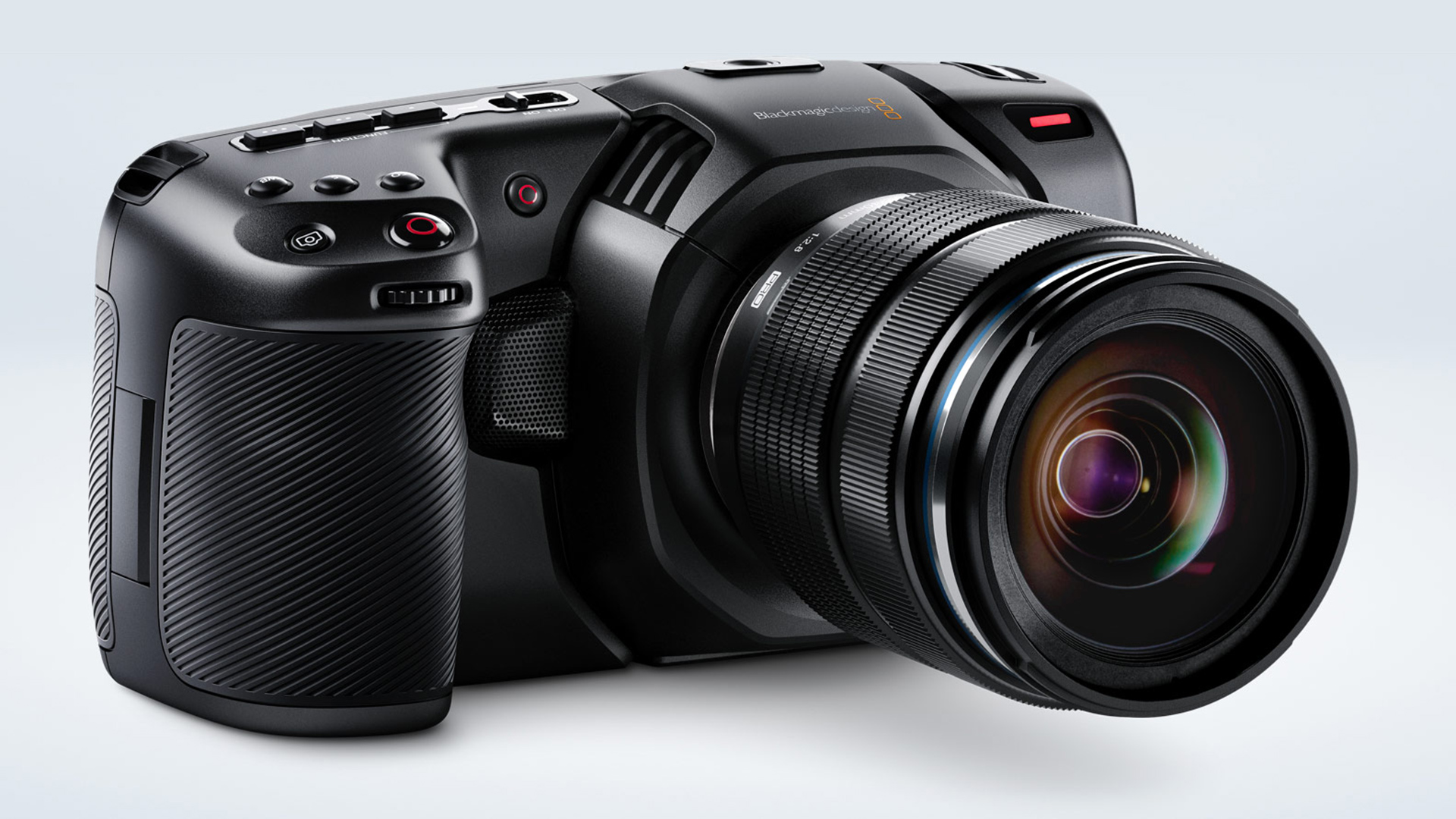 Replay: The ever increasing capabilities of cameras at all levels is not an excuse to forget how to use light, and why log highlight roll-off is a myth. 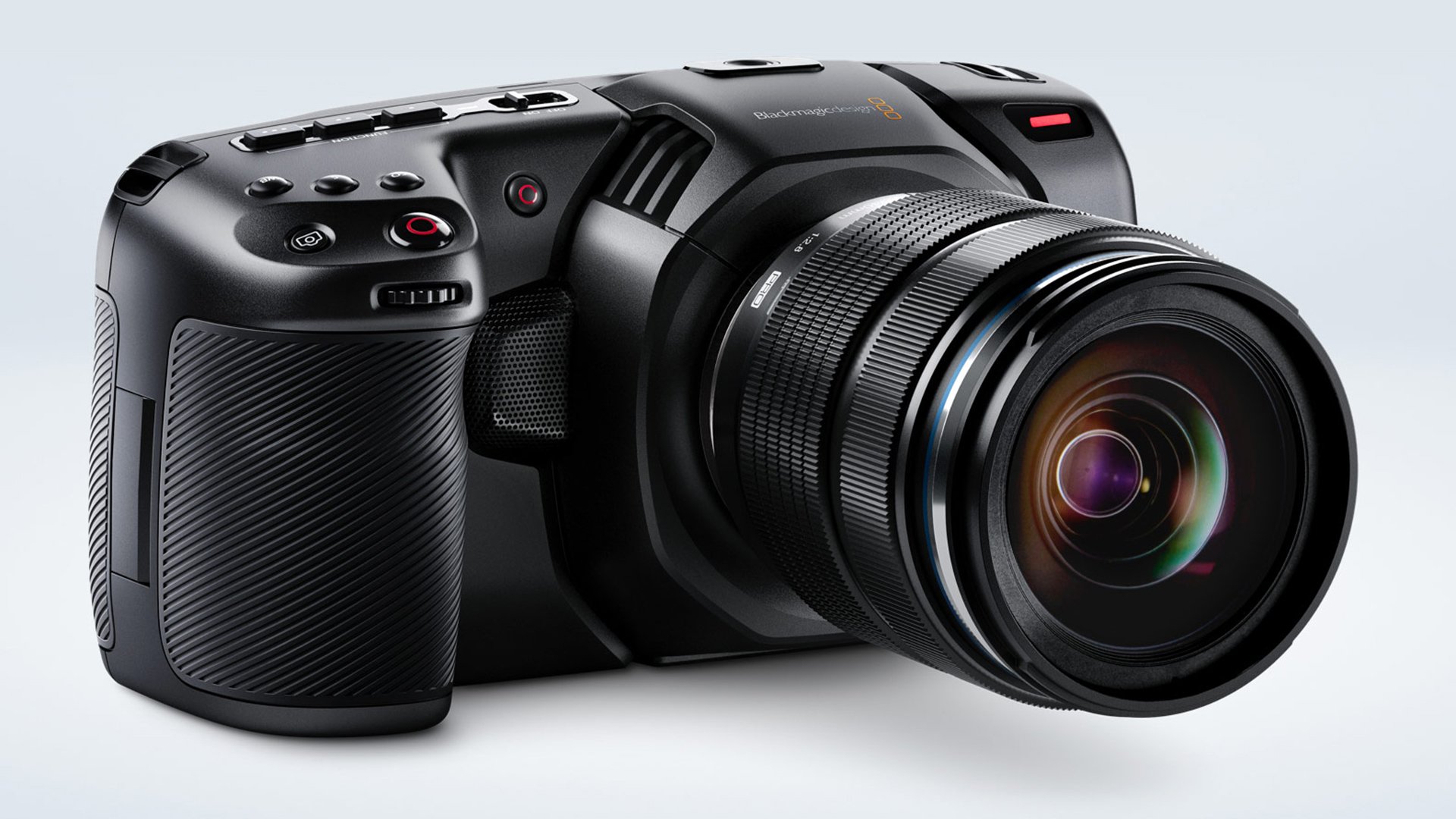 The advent of logarithmic brightness encoding has opened up a lot of potential for video cameras. In the old days, if you were lucky enough to own a camera that had engineering menus you could mess around with the knee points, toe, gamma adjustments, and goodness knows what else to try to get as much dynamic range out of the sensor as possible. Alan Roberts of the BBC was a pioneer in achieving an approximation of the ‘film look’ using engineering menu adjustments on ENG and EFP cameras. For a time if you bought a camera and wanted to squeeze as much as you could out of it, Alan’s camera evaluations were awaited with great anticipation.

We live in a very different world now. Problematic moire is quite often not an issue as much any more due to ever increasing sensor resolutions and OLPF effectiveness (where the camera has one), and with the prevalence of ‘cinema cameras’ at all levels of production we no longer have to suffer from hideous digital edge enhancement or even have to think too much about noise if we boost the gain/ISO due to sensor advancements, more effective noise reduction, and more recently the introduction of dual native ISO sensors.

But there’s one side effect to such developments, most specifically when it has come to the prevalence of log shooting, and that’s the expectation that log will pretty much solve everything. It has also created a lot of myths.

I recently came across a YouTube video relating to the P4K camera from Blackmagic Design. In the comments, the person who had made the video was complaining about the highlight roll-off of the camera. He was also comparing it by saying how superior the Arri cameras are at highlight handling. A point that I’m not even going to go into here for what I hope are reasons obvious to all.

Further digging revealed that he didn’t like the way that when shooting a human face in bright sunlight the highlights would clip harshly even with under exposure. But he didn’t phrase it that way. Instead he complained that the P4K had horrible highlight ‘roll-off’.

Now, there are a few things going on here. The first is the idea of shooting in such harsh lighting conditions in the first place with no form of lighting control. Modern cameras are capable of incredibly wide DR compared to gear in the past, but it is not a golden ticket to expect the equipment to just handle everything for you. Regardless of how much claimed dynamic range a modern camera is capable of, it is still limited compared to the real world.

The second myth is the idea that shooting with log gives you any kind of highlight ‘roll-off’. I’ll cut to the chase here, it doesn’t. If you expose such that you’ve protected your highlights when using log, the highlights you are seeing don't roll off at all. It is pretty much what is there in front of your eyes. In other words if you don’t like how the highlights on the clouds look when shooting with log, blame mother nature! 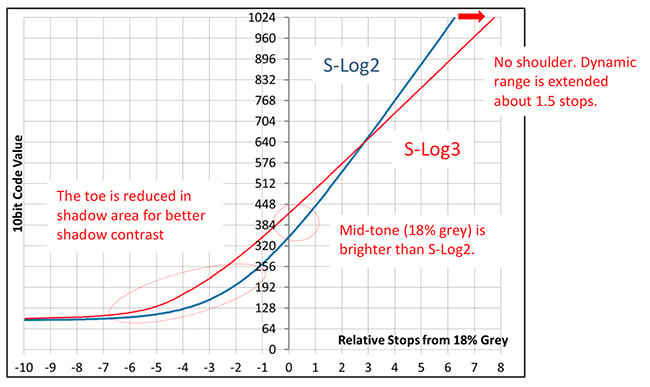 Why there is no ‘roll-off’

Log is not something that is easy to explain, especially for me since I’m no mathematical genius! The best way to think of log is that it compresses a wide dynamic range from the sensor to fit into a smaller available recorded dataset. For example if you have a 15-stop capable camera, logarithmic encoding can compress this brightness range into the 6-stop range of a Rec.709 monitor in a way that makes the most efficient use of the bits available. Effectively it works in a similar way to how the human brain processes brightness levels.

A logarithmic curve is an efficient way of distributing the brightness levels of an image coming off the sensor across the limited available bit values. Logarithmic brightness encoding assigns an equal amount of bit-depth to the highlights as it does to the mid-tones, but assigns less bit-depth to the deepest shadows. However, it is also shifting the data from lower on the exposure table further up where more bit depth is available (making shadows appear 'lifted').

This is in direct contrast to the old school method of creating a ‘highlight knee’ or 'shoulder' in Rec.709 cameras, which works by suddenly compressing the brightest parts of an image above a set point (usually 85-90%) into a small number of bits (risking banding artefacts in the process should you decide to grade), while assigning most of the tonal information to the shadows and mid-tones. What you lose in grading potential as a result of doing this you gain in WYSIWYG imagery. Which is great if you don't want to do any serious grading.

With log on the other hand, once you’ve reached the maximum luminance, all bets are off, it's a hard clip. Any ‘roll-off’ effect you then see back in post is down to your grading and/or the LUT you decide to use. Comments from people about how they like this or that type of camera highlight roll-off have long been a source of puzzlement to me, generally because when I watch a movie I’m not, as a rule, looking at the clouds behind the actors or the specular highlights in the set dressing. Not unless it’s an incredibly dull film anyway. But there are certainly people out there who still comment on highlight roll-off when it comes to filming with log, even though, as we have seen, there is no such thing as highlight roll-off using such a function. Any roll-off you want to have in the final released picture is purely down to your artistic discretion.

So what's all this got to do with using light?

What therefore should our YouTube friend do when it comes to the clipping of highlights on peoples faces? The solution is very simple, and it’s one that any person with any experience of using older cameras will be familiar with, and will still be using now even though cameras are now much more capable. Control your light!

If you are shooting in natural light you still need to select the best time to do so, but even if you are forced to shoot in the midday sun in the middle of summer you can still control things. You can angle your subject to the light and you can set up bounce reflectors or daylight balanced lights to fill in the shadows while you protect the highlights. In other words, whilst shooting log gets you the maximum DR out of the camera sensor and onto the recording it is not an excuse to be sloppy or ignore the basic tenets of lighting your shot properly.

Log is an assistive function to get the full dynamic range of the sensor into a limited recorded dataset, but it is not a magic bullet solution in itself.