Maybe it's time to leave Retro design behind? Zeiss certainly thinks so with its new ZX1 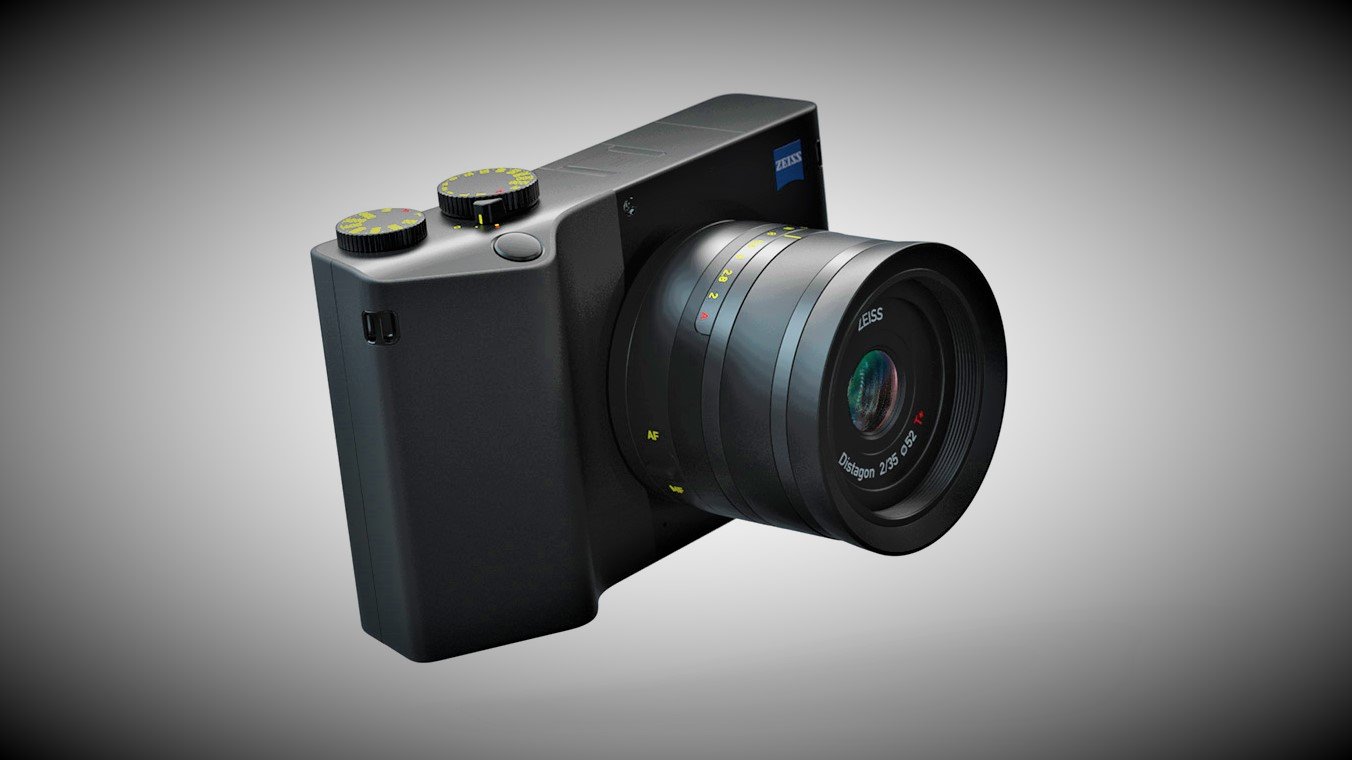 Zeiss returns to making cameras and it's clear that the household-name lens company isn't interested just doing the same as everyone else. You could say that its ZX1 full frame camera is pretty radical in some ways

Is it just me, or is it hard to remember when a camera came out that didn't look like it could have been designed any time in the last fifty years? Maybe that's a bit harsh and I'm certainly not averse to a classy bit of retro - but I like clean, modern lines too.

So I'm excited to see the design direction that Zeiss has taken with its new ZX1. In fact, this is a camera that almost has a category all to itself.

It's a full-frame still camera with non-changable fixed focal-length F/2 lens. If the lens was removable we might be comparing it with the new Nikon and Canon mirrorless cameras. But it's not, and it's not a zoom,  and that does put it in a different class. The video specifications seem good on paper - 4K (3,840 x 2,160) at a maximum of 30fps, but we don't know if that's downsampled from the full sensor, or extracted from the centre of it natively at a 4K resolution. I can't find any reference to this, even (or especially) on Zeiss's press pages.

What's utterly different about this camera is that it has readily updateable software and runs a version of Adobe Lightroom. That's pretty unusual for a camera! And it suggests that the ZX1 is built around an operating system that's more like you'd find in a tablet or a smartphone. Maybe it's Android? There's certainly a version of Lightroom for that near-ubiquitous operating system.  In which case, is the ZX1 essentially a camera with smartphone electronics in it?

Maybe it is, and perhaps that has connotations that professionals won't like. But maybe it's time for us to consider this as being a good thing. Think about it:

It's hard to find anyone who's happy with UI design in modern cameras. Moving from one camera to another is always a chore. There's always a sense that the UI could be better. With the notable exception of Blackmagic Design, which gets a lot of positivity about its menu system, I do think it's time for a change.

Is Android a suitable platform for a professional camera? I think the jury's out on that. Possible disadvantages are security and the constant need to upgrade. I'm assuming that Zeiss has thought about this. You don't need to have your camera online all the time like a smartphone, but when you do have to connect, I'd hope there's a good degree of security built in.

The camera specifications look decent, although we don't know the price yet.

The lens is a fixed focal-length Zeiss Distagon, with 8 elements in 5 groups and sporting 2 double-sided aspherical lens elements. Focal length is 35 mm.

The viewfinder is a full HD 0.7" device.

Unusually the camera comes with 512 GB of internal storage.

This camera is intriguing. It raises as many questions as it answers.

With a full-frame sensor and a high quality Zeiss lens, this is a format that I'd be willing to try, despite it being decidedly niche. It won't appeal to the masses, but I can see this building up a following with the type of photographer that needs something unobtrusive but much higher quality that even today's best smartphones can achieve. (We're assuming this because of the sensor size and the quality of the glass, although we're not so sure how much longer that's going to be a safe assumption!).

This would be ideal as a street photography camera. And with 4K video thrown in, it's actually a pretty complete package.